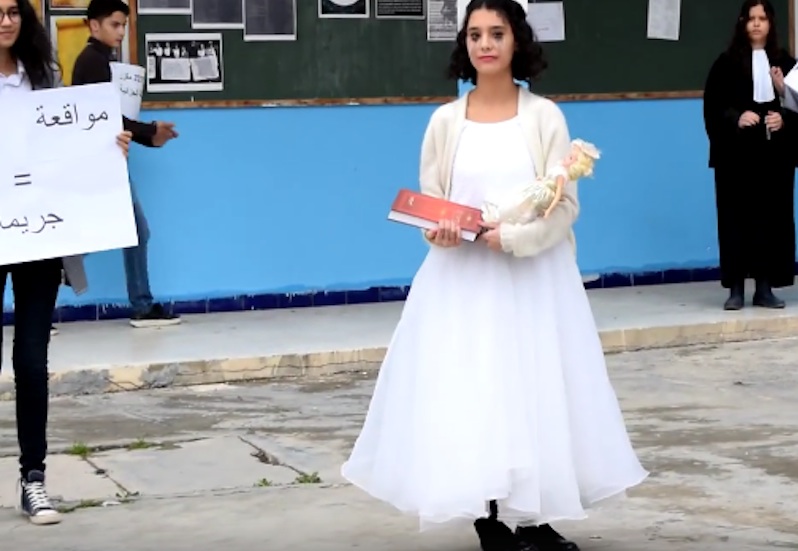 A high school theater piece in Tunisia reveals what girls there consider the double victimization of rape. “I think it’s time for the Tunisian society to understand that a shotgun marriage will never be the solution for rape,” one girl says.

TUNIS, Tunisia (WOMENSENEWS)—Rania Bel Haj, a teen actor in Tunisia, didn’t consider women’s rights high on her list of priorities until she played a teen girl who was raped and forced to marry the older man who assaulted her in a high school video.

“I wasn’t truly a feminist before I interpreted this role,” Bel Haj said.

She plays an unnamed lead character, based on a recent case in Tunisia that made headlines.

“While rehearsing for the role, I felt close to the victim,” said Bel Haj, who, at 16,  is close to same age and the same nationality as the minor in the case. The only difference, Bel Haj said, is that the other girl was “unlucky enough to be raped.”

Bel Haj imagined herself in this teen’s shoes, living out her fears and her insecurities after the awful experience. “That’s how I felt this connection with her.”

This is the same reaction many young girls in Tunisia had to the piece when they saw it on Facebook, where the three minute video went viral and garnered more than 670,000 views.

The case the play is based on first made headlines last December when courts approved the marriage of a 13-year-old girl to her 20-year-old rapist, who was a relative of hers. While having sex with someone under 15 is punishable by up to six years in prison, according to article 277 of Tunisia’s criminal code, an alleged rapist can halt his prosecution by marrying his victim.

Tunisian women and activists organized several marches confronting the government, which had promised to review the 227 law but hasn’t done so yet.

The civic education club of Lycée Pilote de l’Ariana, where Bel Haj is a student, chose another way to react to the court’s decision. Together with their teacher, they wrote a play, “Aatini aroussa ou matrodnnich aroussa” or  “Give me a doll and don’t make me a bride.” “Aroussa” in Tunisian has the double meaning of a doll and a bride.

The video focuses on a young rape victim lamenting the loss of her childhood while her abuser caresses her. “Where are my toys, mother? Your milk is still in my mouth,” says the lead character in the play. “Where is my schoolbag? Mother? I want to color with my pencils.”

Watching the character be doubly victimized, first by the abuser and then by culture, moved Eya Toumi, 14, who, like the other girls interviewed for this story, first saw the video in her Facebook feed.

“This wonderful piece shows that raped girls in Tunisia are not only the abuser’s victims,” said Toumi, a student from the trendy Ariana neighborhood in the capital city of Tunis. “They are the victims of society’s judgments and the justices, too. That’s what we see in ‘Give me a doll and don’t make me a bride’ play when the victim says: ‘Who will I complain to, mother? Who will protect me?’”

For Sarra Kamoun, 15, who watched the video immediately after reading about it in HuffPost Maghreb, the protests surrounding the case were the first step in acknowledging that Tunisian society’s attitude toward rape must change.

“I think it’s time for the Tunisian society to understand that a shotgun marriage will never be the solution for rape,” said Kamoun, who lives in a chic area near the National Engineering School of Tunis. She is a member of the “HeForShe” club in her school.

“When are we going to understand that rape is a crime? I think that is the aim of ‘Give me a doll and don’t make me a bride,’ to show that shotgun marriages are just stopgaps measures that affect the victim’s psychology,” she said.

Similarly, Salwa Boulaares, 16, who is passionate about psychology and sociology, said that society pays more attention to the victim’s body than her feelings.

“When you’re raped here in Tunisia, society will look at your abused body but never consider your feelings,” said Boulaares. “The most important thing [now] is virginity, then come feelings. We must look at rape differently. I think that’s the purpose of the ‘Give me a doll and don’t make me a bride’ piece. It aims to raise awareness about rape as a crime that destroys the victim psychologically.”

Yasmine Toubal, 16,  responded to the activism in the student production.

“This law allows the abuser to get away with his crime, by marrying his victim who will remain a victim, her whole life,” she said. “It’s a real threat for us, Tunisian girls, to know that in case we’re raped, our fate is in the hands of our abuser.”

It’s this call to action that resonates with Sandra Belhiba, 15, who lives in Ariana. “For me, this piece’s message is clear: we, teens, won’t remain silent on the rape issue in Tunisia. And if adults and politicians failed to deal with it, we will,” she said. 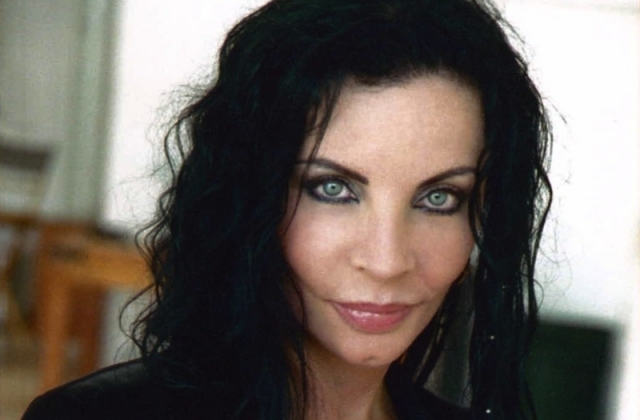 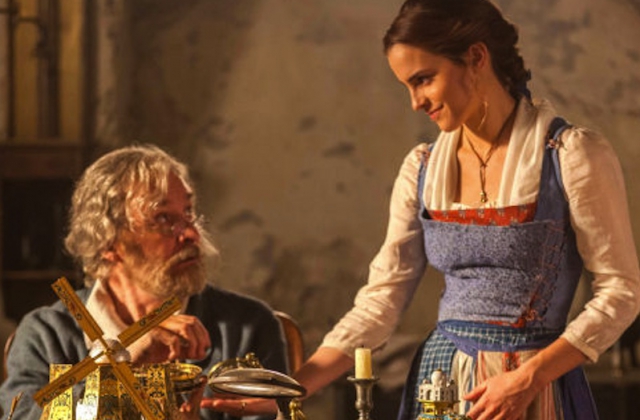