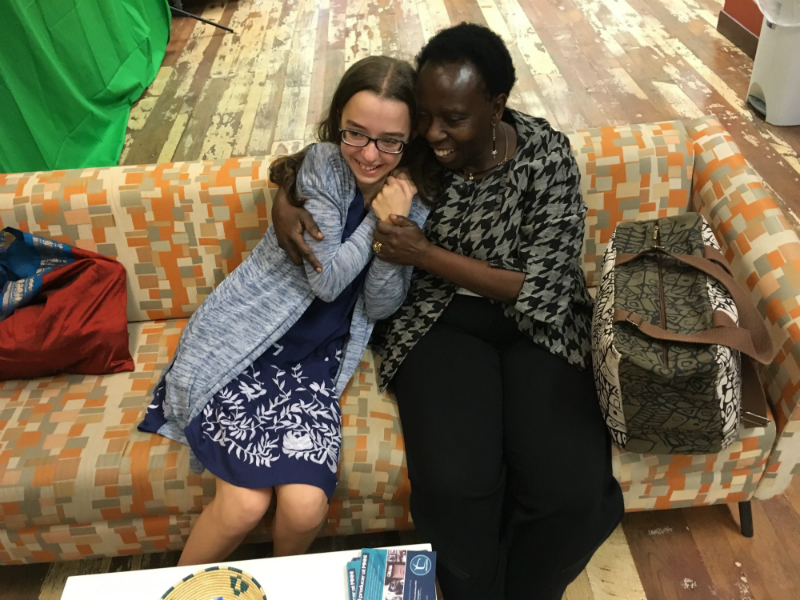 (WOMENSENEWS)– There are six people in Bryn Healy’s New Jersey town who have suffered through a painful neurological disease called reflex sympathetic dystrophy. She wrote about the misdiagnosis that followed many of these teens in her Girl Fuse article, “Hysteria Diagnosis Still Hounds Some Girls with Invisible Disabilities.” In this video conversation, the second of three for the Seat at the Table series, Healy asks/tells Musimbi Kanyoro, the head of the Global Fund for Women, “There should be more awareness. Doctors still have no ideas what it is.”

Musimbi calls Healy a “pioneer” for bringing attention to the issue and says, “When we don’t name the illness we make it look smaller and negligible.”

“Seat At The Table” is made possible through the generous support of The Loreen Arbus Foundation and was produced in partnership with Manhattan Neighborhood Network.

Katina Paron is the editor of Teen Voices at Women's eNews and the director of the NYC High School Journalism Collaborative at Baruch College.

Seat at the Table

Intergenerational conversations on feminism and leadership.