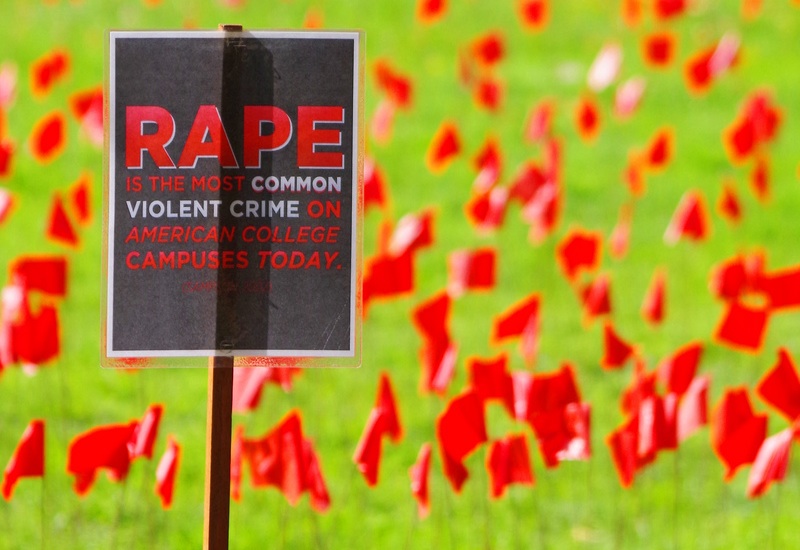 (WOMENSENEWS)—Stanford University was recently accused in a lawsuit of disregarding female students’ complaints of a sexual “predator” on campus, permitting that male student to violently assault several women. In response, Stanford has now offered settlements to at least two of these women in efforts to close the investigations.

While this is alarming, it’s sadly not new or isolated to this particular university. Schools ranging from Yale to the University of Southern California to Occidental College have all been criticized in the past for how they’ve handled sexual assault cases.

This can be complicated by the fact that serial rapists, perpetrators who rape two or more women, can exhibit a high degree of criminal sophistication. This was indicated in one study, which used one of the largest nationally collected datasets of serial rape cases reported to law enforcement. The study showed that tactics such as having a premeditated approach (planning ahead as to how and when to attack) and tending not to use much physical force likely help serial rapists evade detection.

One in four college women have reported surviving rape or attempted rape at some point in their lifetime. Rape can be extremely traumatic, with a high probability of producing post-traumatic stress disorder. Not only that, it also increases the risks of depression, substance abuse and disruption in resources, such as a loss of job or school time, reduced income and the dissolution of relationships.

But the courage of the women in the Stanford case and others who have come forward to report sexual assaults on campus make me hopeful that universities and perpetrators can be held more accountable, especially with greater support from us.

One such example is a young woman I met a few years back, who I’ll call Ashley. Growing up in a financially stable home with two educated and attentive parents, Ashley never thought she would be a target for violence. She was an emotionally secure child, the youngest daughter of a Lutheran pastor and a teacher. Exposed to people of all different walks of life, she feared no one.

Ashley decided to attend college several thousand miles from home. Her safe, strong childhood gave her what she thought was an impenetrable foundation to build her life upon. College in a small mid-Western town afforded some safe and exciting opportunities for the feisty, fun girl from a big liberal town.

But the rape changed this. Out at a bar with her friends one night, Ashley finally let a football player, also a campus tour guide, buy her a beer. But before she finished it, she felt herself falling down into a daze. Offering the illusion of comfort and safety, he walked her back to her dorm room. In a fog of drug-induction, Ashley remembers lying on her bottom bunk bed, the young player kissing her savagely. She remembers him on top of her, grabbing both her hands, restraining them in handcuffs. She remembers trying to squirm and push him off and she can remember him pushing her legs apart.

The next morning, she awoke to find bruises on her inner thighs and wrists. She also found his sweatshirt – a mistake, a reminder, a marking of his territory? As she lay on her bed physically aching and emotionally numb, she tried to piece together what happened. She sought refuge from a girl down the hall and, when this person reassured her that it was just a date gone badly, Ashley decided not to tell any other friends.

Needing adult comforting, Ashley approached some of her professors. One pushed her to report the crime. But having taken a college class on patterns of violence, she felt the process of reporting was too involved and the conviction rate too low. She decided to attend a meeting of Rape Survivors Anonymous instead. Over time, she found out that several of those women had been raped by the same football player. He was a serial college rapist.

In the few years after the rape, her emotions, behavior and self-image vacillated – from brooding and shutdown to labile and a self-identified slut. Her attempt to reclaim her sexuality and sleep with whoever she wanted to backfired, sending her into deeper misery. She couldn’t sleep at night. Down in the pits of the spiral, she questioned her strength to protect and care for herself. Fearing to meet the memory of the rape and its consequences head-on, she stayed frozen for years.

Now, as Ashley peels back the fear she finally gets angry about what happened to her. She grows mad at society for an epidemic that too few people are still talking about. She doesn’t want to be quiet anymore though she’s not quite ready to report her assault. She said, “Now…I know exactly why a woman wouldn’t report it [rape]. Here he looks like he’s this perfect student. Like I’m not gonna through that,” she told me in an interview, “The conviction rate is so low. If I had gone through going on the stand and all that…I don’t think I could have handled that.” Ashley did eventually tell her parents, her friends and a therapist.

Women like Ashley need our support in raising their voices. College campuses need to be educating women and men about the definition of rape, including the kind that is facilitated by incapacitation due to alcohol or drugs. In addition, they need to create an environment that encourages supportive responses, both verbal and nonverbal, when women disclose these traumatic events. If we do this, there should not only be greater acknowledgement of these body and soul violations but a greater likelihood that these women will receive the support and services they need as soon as possible. Supportive disclosures should also decrease the barriers to reporting and increase the conviction rates of serial rapists.

Ashley and the many survivors of rape, whether on campus or not, deserve to be heard, understood and vindicated. May Stanford and other universities across this country stand up and take responsibility for their actions or inactions over sexual assault on their campuses.

Joan M. Cook, Ph.D. is a psychologist/associate professor at Yale University. For the past 20 years, she has been researching traumatic stress and clinically treating combat veterans, interpersonal violence survivors and people who escaped the former World Trade Center towers on 9/11. She is also an Op-Ed Public Voices Fellow, a regular contributor to Time Ideas and 2016 president of the American Psychological Association's Division of Trauma Psychology.