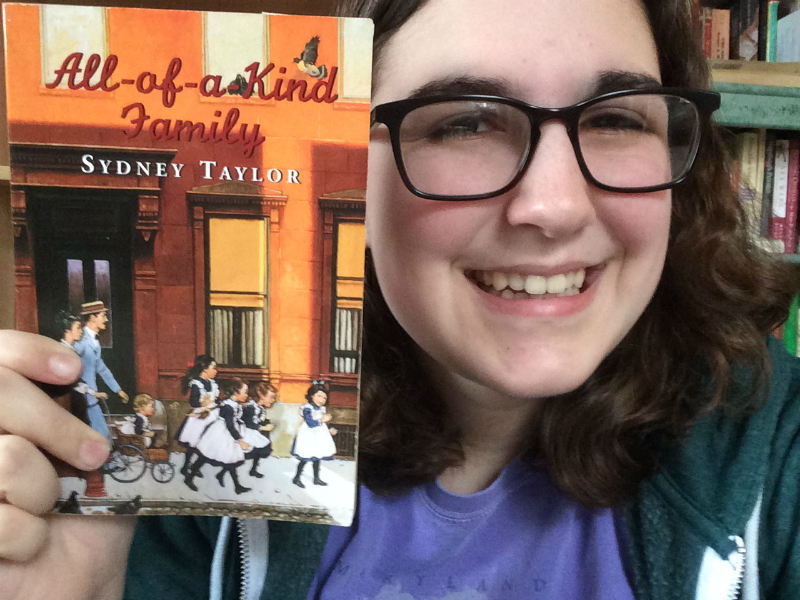 Diversity in literature is more than a buzz word for this teenager.

Philadelphia (WOMENSENEWS)– When I was still pretty small—in first grade or maybe kindergarten—someone gave me a book for my birthday. This wasn’t an unusual event; I’ve received more books as presents in my 17 years than I think most people end up owning in their lifetime. What was unusual was that this book was by a Jewish woman and about Jewish girls, like me.

“All-of-a Kind Family” is the first in a five book series by Sydney Taylor about a large family on the Lower East Side of New York City in the early 20th century. The books are written as a collection of short stories about the daily adventures of five Jewish sisters: they go to the candy store, the library, the market; they have trouble in school; they attend Sukkot and Purim parties; they meet people in the neighborhood and bring them home for Shabbat dinner. The girls’ parents and an assortment of cheerful aunts and uncles round out the picture. The series is mundane in the most comforting of ways, and by the last book every sister was my friend.

I read these books over and over when I was in elementary school, and my copies show it. The cover of “All-of-a Kind Family” is beginning to fall off, the pages of “More All-of-a Kind Family” are stuck together by some long ago afternoon snack, and my dog ate most of “All-of-a Kind Family Downtown.” For reasons I couldn’t explain at the time, I was intensely drawn to Ella, Henny, Sarah, Charlotte and Gertie. They were among the few Jewish female characters I had access to, and I cherished them. Like Ella, the oldest, I was always looking for ways to be more mature. Henny’s recklessness and humor showed me it was okay to be brash and loud sometimes, even though I’m naturally a pretty quiet girl. Sarah was a picky eater and a good student, just like me. I was constantly making up stories, like Charlotte the dreamer, who was always telling tales to Gertie. Enough of the sisters’ experiences mirrored my own that I had no problem fitting them into my dress-up and pretend games. Long family dinners on Passover? Been there, suffered through that. Going to school and explaining to goyische (non-Jewish) classmates that I would be out for the next few days because of yet another holiday? That was me, without fail, every fall.

Lately there’s been an increased call for diversity in the media, especially among children’s media, because there’s much evidence that it’s immensely helpful for kids of all backgrounds to understand and appreciate differences. What representation also does is help the “different kids” feel less alone. Having access to stories about Jewish girls was incredibly important to minimizing how weird I sometimes felt at school. My classmates may not have understood the beautiful traditions I was raised with, and too often I felt left out of the hype leading up to Christmas break, but “All-of-a Kind Family” told me that these relatively minor struggles ultimately didn’t matter because of course my Judaism should be an essential part of my life. Reading stories that assumed that my Jewish heritage informed all the parts of my life increased my pride in who I am.

Taylor never intended for her stories about life on the Lower East Side to be published and bring inspiration to other Jewish girls; she wrote them for her own daughter’s amusement and left them in a drawer for years before her husband found the manuscript and submitted it to a writing contest. Taylor hadn’t realized the book’s potential, but it was a major success and spawned the rest of the series. Soon, “All-of-a Kind Family” became a staple of the late 20th century American-Jewish girl’s bookshelf. Both of my mothers owned the book as kids, as did their friends.

This was all before media representation was seen as paramount for children’s self esteem. Apparently Taylor’s editor urged her to tone down the Jewish content and have the family assume more American identities. In contrast, Taylor decided to handle assimilation pressure by giving the sisters pride in who they were, while still encouraging their curiosity about the diverse city around them. To me, this shows that Taylor recognized the value of providing Jewish girls with stories about themselves and their heritage.

Taylor started writing for herself and her family, but her stories have brought joy and pride to many. I still adore the “All-of-a Kind Family” books even though I’ve long since outgrown them, because they remain among the few books I have that are positive and hopeful and celebratory about Jewish identity. The five sisters inspire me to be curious and kind, and most of all, proud. They are the characters that first-grade me needed to be proud about my Judaism, and they are the characters that 12th-grade me wants to see more of. I have wanted to be a writer for just about as long as I’ve identified as a reader, and Taylor’s characters and stories encourage me to unashamedly write about the things that are important to me. Thanks to Taylor’s work, that quietly demonstrated just how necessary positive Jewish stories are for young Jews, I know that when I write my own books, I too can weave in themes and characters that will inspire proud Jewish identity among young readers. Every little bit of representation helps.

One response to “‘Every Bit of Representation Counts,’ Teen Says” 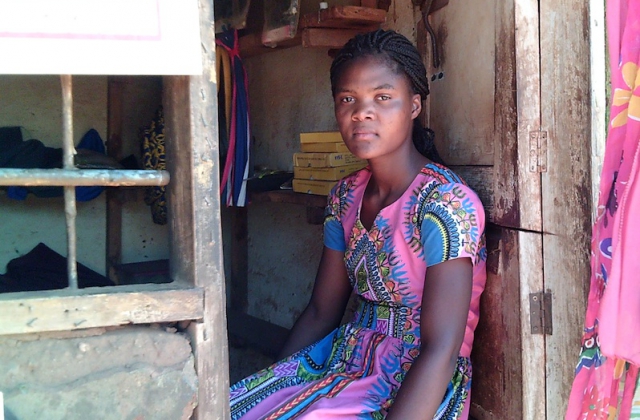 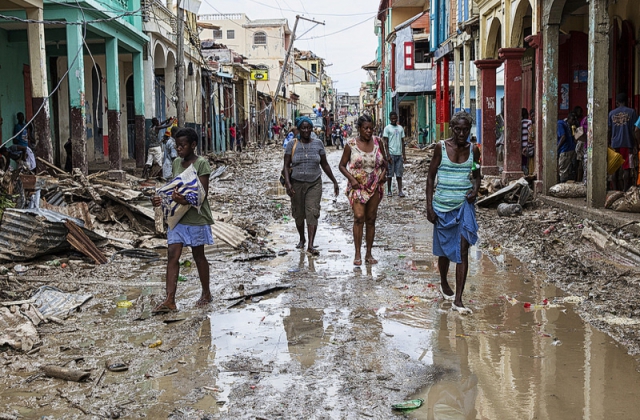