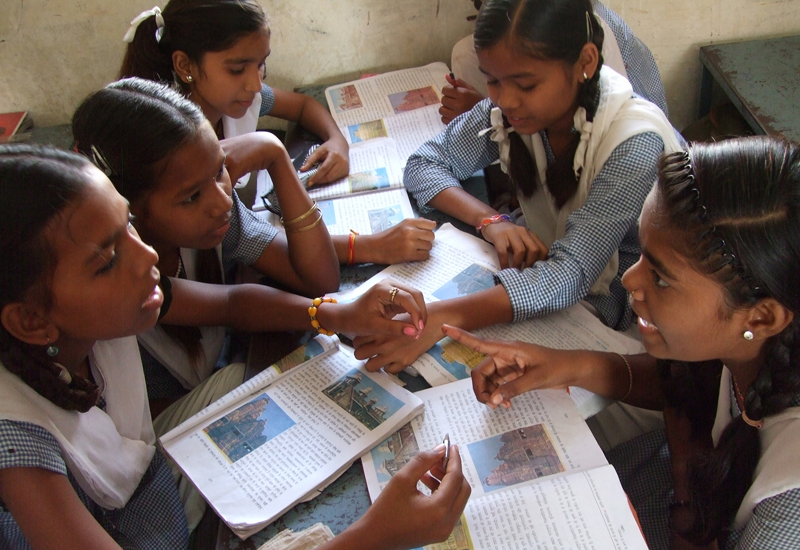 BENGALURU, India (WOMENSENEWS)–During an open discussion with 12 parents and their teenage children in my neighborhood in north Bengaluru recently, organized by Teen Voices, one father said, “I am not comfortable talking about sex with my children. I think school is the best place where such education can be provided.”

But one mother argued that the schools may provide unnecessary information on sex or the child may not be ready to understand.  Listening in on this conversation, Meera, 13, added she was “too shy to talk or listen to someone speaking on sex or reproduction.” This is the Indian reality.

(Names in this story have been changed or omitted, at the request of the interviewees.)

Sex education in school is supposed to be compulsory in India, but “sex” is not usually considered an acceptable word in polite conversations. It is considered vulgar.  So, few teachers volunteer to talk about this subject.

Many teens’ first introduction to this information is through animal biology. Even there, however, things can get uncomfortable. In my biology class, for instance, during a lesson on animal reproduction, it was clear many of us felt uncomfortable with the word “sex.” We tried to tell the teacher that because this is a natural event that happens in everyone’s life that we do not have learn about it. It is instinct and will happen naturally.

The teacher retorted, “I, too, know it is instinct but you are just learning about the way your body functions.”

My classmate Rashi, 15, had a question about what happens after sperm travel through the vagina. But she stayed silent and didn’t ask because she said was afraid the rest of the class would laugh at her.

Uma told me that when she asked her mother a year ago about sex, her mother, like so many in India, evaded the question.

My friend Ashwani, 18, who got married last month, confesses that as a “good girl,” she knew nothing about sex before marriage.

When Sharada, 14, menstruated for the first time at age 11 she had no idea what to do and came to me. I took her to her mother. It wasn’t until a few years later that she learned about reproduction in school. She said she wishes she was taught about this earlier so she would have been better prepared to handle menstruation.

Varshini, 14, wants sex education so she can be more “aware” of her body. She said she receives health information from her family doctor. “I learnt about reproduction in animals first.”

Malini, 14, agrees: “Teaching sex education to students is important, so they can be aware of the things that might happen to them,” like getting pregnant. She got her health information at a hospital.

Boys like Kumar, 16, want the information as well. “In my school the teachers did not teach my class anything about sex, including reproduction in animals or reproduction in human beings. I feel it is important to teach sex education,” he said.

Parents interviewed for this article felt their children were getting some health information through the “Good Touch, Bad Touch” class students take a couple times a year, which conscientiously avoids labelling itself “sex education” for fear of shocking people.

One mother at our recent neighborhood discussion told me she thinks sex education will increase promiscuity, an idea that a prominent doctor here in 2014 argued was unfounded.

Jayanthi Sachitanand, education director of Poorna Learning Centre in Bengaluru, where some of the families in our discussion group send their children, agrees that teaching children sex education is vital. At minimum, she thinks we should learn to be aware of our bodies.  She was responsible for organizing the session on “Good Touch, Bad Touch” at my school.

Ramu Lal, whose daughter Madhu is 13, favors sex education in school no matter what the class is called, because he said parents have not done a good job of teaching about sexuality. Even in Indian movies, film censors do not permit kissing; the act between hero and heroine is depicted indirectly through a couple of love birds at play.

Lal worries that children often receive wrong or false information from their friends, magazines, movies and television. School, he said, is the best place for children to receive complete information about sexuality through teachers specially trained in sex education.

Veda. M is in 9th grade at Poorna Learning Centre in Bengaluru, India.