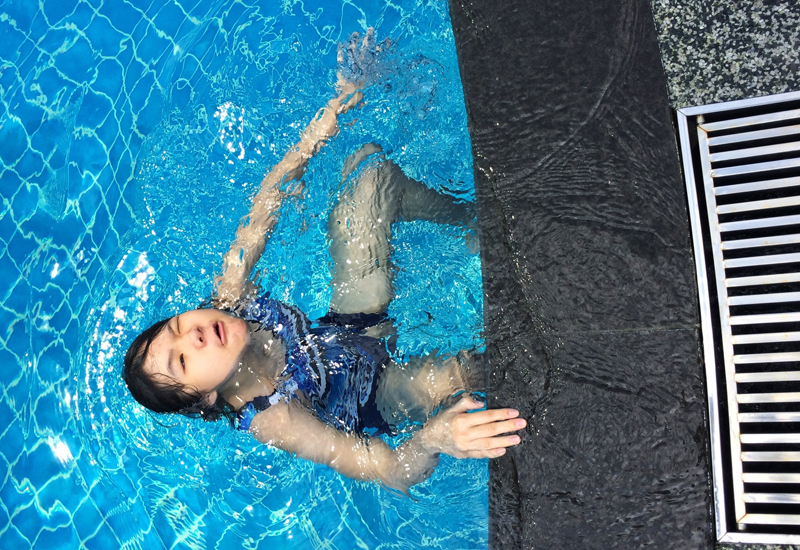 MISSION VIEJO, Calif. (WOMENSENEWS)—Sofia Bonilla was 10 years old when she was diagnosed with autism. In the three years since, she hasn’t met anyone like her; an autistic and multiracial teen girl.

Sofia’s late diagnosis is not unusual for autistic girls, whose symptoms can be harder to diagnose for a number of reasons.

For one thing, girls blend in more socially, with “pretend play” and fewer behavioral problems.

“The social skills of a girl are more nuanced,” says Pegeen Cronin, a clinical psychologist based in California’s San Fernando Valley who provides diagnostic evaluations.

It didn’t help Sofia, who lives in Chicago and is of Puerto Rican, African and Spanish descent, that her parents did not seek a diagnostic evaluation for a long time because her doctor thought her autism wasn’t obvious enough. Then, after they found out, they hid her diagnosis from her for six months, she says.

Sofia, who spoke recently by Skype, says that because she speaks loudly people often assume she’s not autistic because media representations often show autistics as quiet and reserved. Whenever Sofia discloses her autism, people are “either confused or shocked,” she says.

About 1-in-68 children are diagnosed with autism, according to the Centers for Disease Control and Prevention,

In a 2012 report, non-Hispanic white children were found to be more likely to receive a comprehensive evaluation than black and Hispanic children.

The problem of under-representation of disabilities among people of color has bubbled up in social media through the #disabilitysowhite campaign.

The tendency to assume that autistics are cisgendered males leaves many communities, including females and people of color, out of the conversation. And that, says Cronin, makes it harder for girls of color to cope with a diagnosis.

“Accepting any diagnosis, whether [it’s autism] or not, is challenging for everyone, especially as we carry our own internal images or preconceived notions that are probably gleaned from inappropriate media representations that are more notable for presenting stereotypes,” she says.

After discovering her autism at age 11, Kayla Baylor, who is now 16, says she came under social pressures as an oddity. “Someone told me that I was dumb because I was autistic and a person of color,” she says. The hurtful comments pushed her into a depression, she said in a Skype interview from her home in Paulsboro, New Jersey.

Baylor says eventually the support of her closest family members and friends helped pull her through. As the 2015 New Jersey Pure American Teen and New Jersey Miss Amazing Jr. Teen (pageants for girls with disabilities), she often speaks publically about autism.

Like Sofia, Baylor has a mixed race background (African, English, Italian, German) and she didn’t know any other autistics who looked like her.

Both girls say it is important for autistic girls of color to be acknowledged and represented.

“There’s never a topic about girls. We get left out, even when we are [people of] color.” Baylor exclaims.

Race and cultural perspectives can shape individual and familial beliefs about disability in general and autism in particular.

African Americans are more likely to believe that diet, food manufacturing practices and contamination are linked to autism, finds a study in The Family Journal. Asian Americans often perceive autism and other disabilities as a punishment from their deities or spiritual guides. Such beliefs can influence how girls of color with autism view themselves.

For Elly Wong, an Asian American freshman at Syracuse University who identifies as genderfluid, the issue is one of intersectionality and typecasting. “There’s too much of the old mainstream view of all autistics as kids or savants, not enough of us as just weird people doing a variety of things. Autistic representation is pretty lacking right now,” Wong says.

That is the problem Lydia Brown wanted to address by starting the blog Autistic Hoya. Brown is an autistic activist from Boston, who, like Wong, uses plural pronouns.

Leanne Libas is an autistic advocate and writer who is currently pursuing higher education. She currently volunteers for Youth Organizing! Disabled and Proud.