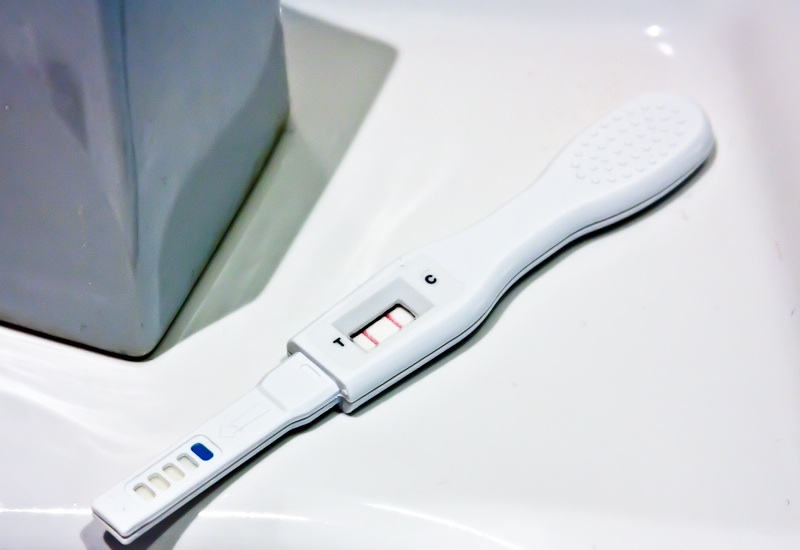 ATLANTA (WOMENSENEWS)—How much blood is too much blood to lose during childbirth?

Some researchers recently asked that question in a study of hospitals in New Jersey and Georgia, a state contending with the worst ranking in maternal mortality in the United States.

Accurately knowing the amount of blood a woman is losing during childbirth—and whether that is safe or not–could go a long way in saving lives from postpartum hemorrhage, or PPH, one of the leading causes of death and serious complications in the delivery room. It can lead to cardiac arrest and intensive care unit admissions.

That’s one of the major findings of an 18-month study that AWHONN, the Association of Women’s Health, Obstetric and Neonatal Nurses, recently published about 95 hospitals in the two states.

Authors find that many maternal deaths caused by postpartum hemorrhage, between 54 percent and 93 percent, are preventable with improved clinical response.

The two-state AWHONN study confirms and quantifies some observations that nurses and doctors have made since the 1960s about the inaccuracy of visually estimating blood loss.

“We have to admit that for years we were off the mark,” says Renée Byfield, nurse program development specialist at AWHONN and one of the authors of the study.

“It is disturbing. Estimating blood loss, a decision so imperative to save a life, was determined by subjective means.”

Byfield, who spoke by phone from Washington, D.C., has more than 23 years of experience in high-risk obstetrical nursing. She says in many delivery rooms, the normal procedure is to simply estimate the amount of blood loss as the baby is born, usually by observing the absorbent pads under the woman’s body. With this visual evaluation, nurses and doctors would look at the pads and decide if the blood loss is small, moderate or large.

“But what does that mean?” asks Byfield. “My ‘large’ might not be your ‘large’. You’re just guessing.”

The average blood loss during a vaginal birth is about 500 milliliters (about half a quart) and about 1,000 milliliters during a Caesarian birth. More than that amount is considered a danger sign.

Byfield says PPH treatment decisions are based on the amount of blood lost; so knowing these standard thresholds enables teams to be better prepared with the proper response.

Quantified blood loss, or QBL, requires weighing those pads to calculate a much more accurate amount.

Lashea Wattie is a clinical nurse specialist at Wellstar Kennestone Hospital in Marietta, Georgia, near Atlanta.

“When you realize how much blood loss you have had, many times it is too late,” says Wattie, who coordinated the AWHONN study in Georgia and spoke about the findings by phone. “So by using that quantified blood loss, you are able to stage appropriately where your patient is at, knowing what her status is, and how critical she may be.”

“We are still looking at data,” says Byfield. “What we do know is that, 4-to-1, African American women suffer more postpartum hemorrhage compared to other races. The disparity is not just related to economics. It is a function of access to care. [A lot of ] community hospitals are not prepared.”

Based on AWHONN’s experience enrolling hospitals for this study, it found, “Too often, the hospitals that were likely to have the greatest need to improve and likely served more African American women than women of other races and ethnicities, opted not to participate.”

And it is not just postpartum hemorrhage that disproportionately impacts black women. African American women have three-to-four times higher rates of maternal mortality when compared to women of all other groups, according to the American Congress of Obstetricians and Gynecologists.

The United States ranks a dismal 33rd in the world in maternal mortality, of 179 countries surveyed in the 2015 “Save the Children 16th State of the World’s Mothers Report.”

Georgia is part of the problem. While the lowest-ranking state has made some strides, including the establishment of a Maternal Mortality Review Board, only 79 of 159 counties in the state has an OB-GYN, according to the Georgia Board for Physician Workforce.

The 18-month AWHONN study, completed in February and supported by Merck for Mothers, looked at the presence or absence of 38 PPH preparedness elements. They found less than 50 percent of the hospitals had massive hemorrhage protocols, performed risk assessments and drills or measured blood loss. And while there are standard checklists for dealing with medical emergencies, such as strokes or heart attacks, that’s not always the case for hemorrhage in the delivery room.

Many emergency rooms perform specific readiness drills for high profile crises such as plane crashes or mass shootings; but far fewer do such drills on PPH.

Wattie says more training is needed in many places. Health care staffs at smaller hospitals that don’t have specific labor and delivery rooms, but still deliver babies, need it. So do emergency medical technicians, especially in rural areas.

She says these smaller hospitals “May be able to deal with a normal delivery, but because of the increased risks among those populations they may have to go farther, including a postpartum hemorrhage preparedness course.”

Such drills do require time and commitment from hospital staff. Byfield says that time is well spent. A team can go back and practice more confidently and in a safer environment. She says even a short, 15-minute debriefing after every delivery, routine or complicated, can be valuable.

Wattie says being proactive is absolutely critical. It’s too late to start determining if your team can handle a very complex case that may involve a large blood transfusion if a woman is already in labor at your hospital.

The study finds less than half of the hospitals had a routine risk assessment for PPH when a woman was admitted. And just 41 percent had policies and procedures for responding to massive transfusion.

“How much blood can we even provide to this patient at this hospital?” Wattie asks.

“Sit down and just figure out what the safety level of your facility is, and what you have the capacity of being able to do,” Wattie adds. “If your facility is a small town facility and six units [of blood] is all you have, have the discussion so things can be put in place for an appropriate transfer.”

Byfield says both physicians and hospital administrations respond to numbers. Whether it is the more precise quantified blood loss number that triggers a well-drilled emergency response, or a decrease in the number of new moms who had to go to intensive care because the delivery team was prepared for blood loss complications; it is easier to get budgets for training and to establish protocols when events can be quantified.

And evidence, rather than estimates, can also save money. One hospital showed a 27 percent reduction in the total number of transfusions that were needed after a comprehensive PPH review, according to the study.

Getting hospitals to change from estimating blood loss to quantifying it—going from EBL (estimated blood loss, a visual approximation) to QBL (a weight- based quantitative measurement)–is now a major outreach goal for AWHONN.

The plan is to spread these safety findings beyond Georgia and New Jersey. Wattie has applied to be a traveling instructor to teach, for example, how to measure and quantify blood loss and how to conduct an efficient debriefing so everyone involved can learn from the things that went right, and the things that went wrong during a delivery.

Whether it’s the extreme rural areas of North Dakota, where there may be hundreds of miles without a delivering hospital, or a phenomenally busy labor and delivery ward in Washington, D.C., Wattie says both can benefit by being more prepared.

Marsha Walton covers science, health and environment stories. She was a producer for CNN's science and tech unit for more than 10 years. Her work has appeared on PBS' "This American Land," the National Science Foundation and Mother Nature Network.

Women's eNews is using the term Jane Crow to describe the specific practices, laws and customs that constrict the lives of U.S. women of African descent. Our current focus in this series is the extraordinarily high maternal mortality rate among African American women. As of this writing, Women's eNews is not aware of any significant research that even attempts to explain why African American women die three-to-four times more often than white women due to pregnancy or related complications. This has been true since at least 1915 and it has not changed in the seven years we have been reporting the story.