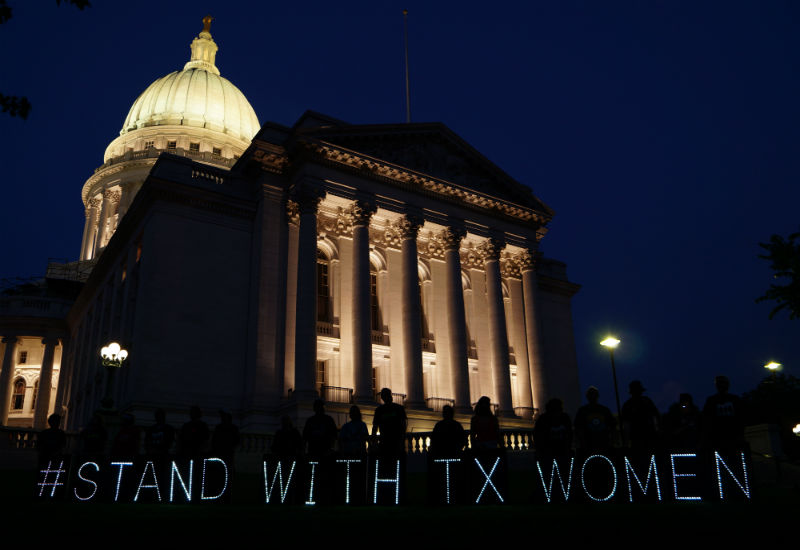 (WOMENSENEWS)—Rachel Barnes almost dropped her coffee cup when her husband told her about the Supreme Court’s June 27 decision that will effectively keep open reproductive health clinics in Texas that provide abortions.

Barnes, 33, a resident of Lost Creek, West Virginia, provided an account of her own abortion in a “friend of the court” briefing filed by Advocates for Youth, a nonprofit based in Washington, D.C.  Because of strict regulations in her state, Barnes traveled to Maryland for the procedure, where she felt her choice was respected.

Reached by phone, Barnes’ voice was shaking with happiness. “The storytelling is really going to be the future of abortion rights, showing people how we women know what we want to do,” Barnes said. “I knew what was best for my family.”

Barnes joined a torrent of jubilant reaction to news of the High Court’s 5-3 vote in one of the court’s most important abortion cases in 20 years.

The Supreme Court on Monday delivered another piece of good news to the women’s rights community by ruling 6-2 not to ease gun access to people with domestic violence convictions.

Double dose of good news for women from Supreme Court!

In their decision against Texas abortion law H.B. 2 in Whole Woman Health v. Hellerstedt, justices struck down restrictions on abortion clinics and doctors in Texas that have already closed down half of the 40 clinics in business throughout the state in 2013. Had the law been upheld, that number was expected to fall to around 10.

The anti-abortion law, fought by former Texas State Sen. Wendy Davis in an 11-hour filibuster three years ago, received national attention after Davis successfully helped delay the passage of the bill. On Monday, Davis was jubilant.

Today made that day 3 yrs ago all worth it! So grateful 2 all the women who shared their stories. #WholeWomensHealth pic.twitter.com/vwHx8C7ZCg

The law, which ultimately passed, required doctors who perform abortion to acquire admitting privileges at hospitals within 30 miles and mandated that clinics meet building standards for ambulatory surgery centers.

By posing threats to women’s abortion access, the restrictions tested the strength of women’s constitutional right to abortion. Justice Stephen Breyer wrote that these provisions “imposed an undue burden [and] created an impermissible obstacle as applied to all women seeking a previability abortion.”

The ruling is expected to weaken similar restrictions in 26 other states, five of which are as stringent as that of Texas.

Democratic presidential contender Hillary Clinton hailed the ruling in Cincinnati, Ohio, where she and Sen. Elizabeth Warren appeared together in a campaign rally for the first time.

This fight isn’t over: The next president has to protect women’s health. Women won’t be “punished” for exercising their basic rights. -H

Cecile Richards, president of Planned Parenthood, one of the abortion providers appealing the law, expressed joy and determination.

This is a win for Texans & women across the country who need access to abortion. https://t.co/UEatutANNk #MyDecision pic.twitter.com/vWe0D8QoxU

Others pointed out the work that remains in many states to restore abortion access, which has been chipped away over the past 20 years.

“The battle to protect abortion access is not over,” Dr. Willie Parker, chair of Physicians for Reproductive Health, a national advocacy organization, said in a press statement. “We will continue to fight to ensure that our physician can fulfill their deep, conscientious commitment to providing all women who need it – in Texas and across the country – with dignified, compassionate, and appropriate reproductive health care.”

The ruling also stirred a wave of negative reaction, including from former Republican presidential candidate Sen. Marco Rubio of Florida.

I’m incredibly disappointed in today’s #SCOTUS ruling on abortion clinics in TX. I’ll continue to fight for life and protect the unborn.

Sen. John Cornyn of Texas told the New York Times that “today’s decision is a step back in protecting the well-being of mothers across [the] state.”