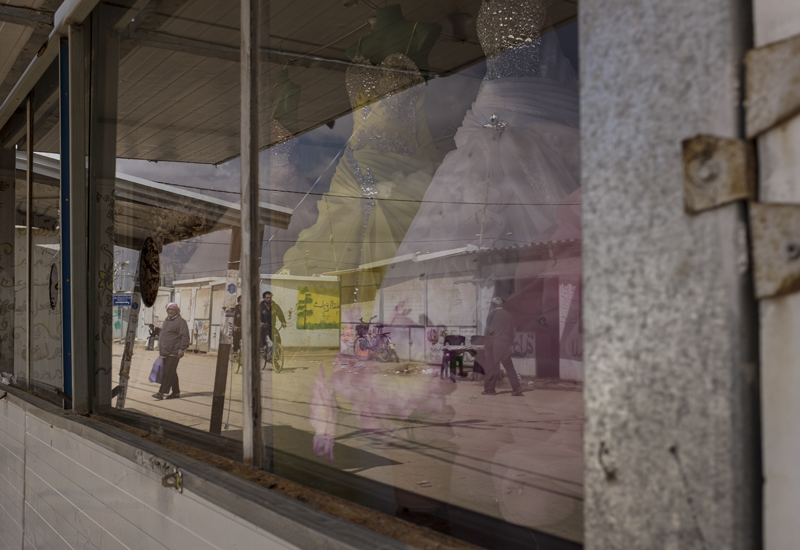 Forced Into Marriage, Syrian Teen Engulfed by Abuse and Trauma

As her family was fleeing Syria, one mother thought an arranged marriage for her 11-year-old daughter was a chance at safety. Instead, it opened the door to devastation, according to a doctor who met them at her clinic and tells what she observed.

AL MAFRAQ, Jordan (WOMENSENEWS)—A  tiny, frightened 13-year-old girl and her mother sat in a makeshift doctor’s clinic in this city just one mile from Ar Ramtha, Syria, the home to thousands of Syrian refugees who have set up informal camps since the start of the country’s civil war.

The child held a baby, not even 6 months old, in her arms.

It was a hot day in June 2014 and the physician who wound up seeing them was Dr. Shelly Chvotzkin, an obstetrician and gynecologist from Fort Myers, Florida, who does volunteer stints for the Salamm Cultural Museum, a Seattle-based humanitarian aid group.

The waiting area of the clinic—a converted school in Al Mafraq—was filled with hundreds of Syrians waiting to be seen by the few doctors on hand.

In a recent video chat, Chvotzkin said she noticed Aisha, whose real name has been withheld to protect her safety, and her mother in the waiting area. Aisha stared blankly into space, her baby loosely cradled in her arms.

When their turn came, Aisha and her mother, covered head-to-toe, with only their faces showing, moved noiselessly into the treatment room.

“She had just turned 13 when I met her, but she looked 10,” said Chvotzkin. “The girl was scared. Quiet. Introverted. She was petrified.”

Aisha held the baby, dressed in pink and wrapped in a pink blanket. She kept her head down, never making eye contact with the doctor. Aisha’s mother fussed tearfully with the baby, never looking her daughter in the face.

At first, Aisha refused to let Chvotzkin examine or touch her, so Chvotzkin told the mother there was nothing she could do. Before she left, Aisha reluctantly showed the doctor her multiple scars, but still refused to be treated.

Chvotzkin learned that Aisha was 11 when her mother arranged her marriage to a Syrian man in his 40s who was smuggling people out of the country. He had promised the desperate widow and mother of five that in exchange for Aisha, her eldest daughter, he would take care of the entire family and bring them safely to Jordan.

Aisha had her baby at 12, after two miscarriages. The delivery was difficult. Her pelvis was too small for a natural birth and Chvotzkin said she wound up having a brutal emergency Cesarean section performed by untrained and ill-equipped doctors. She had to be transfused and was left badly infected with a scar slicing across her lower abdomen.

‘I Died in Syria’

Aisha almost died that day and six months later, at the clinic in Al Mafraq, Aisha offered Chvotzkin a glimpse of the brokenness of her mind and body. “I died in Syria,” she told the doctor.

Aisha had tried to commit suicide by cutting herself while she was pregnant, Chvotzkin said. Her thin arms were covered in scars from the incident.

Chvotzkin had been practicing medicine for several years in the United States when she decided to volunteer her skills to Syrian refugees in Jordan and the surrounding region. “I’ve been a humanitarian for six years in third world countries and have never seen suffering like I have with the Syrian, Iraqi and Afghan refugees,” she said.

Since the start of the Syrian civil war in 2011, an alarming number of Syrian girls have been encouraged or forced into marriage, either because their parents cannot afford them anymore or as a form of “protection” against sexual violence in refugee camps and along the route to Europe.

One in every four marriages in the Syrian refugee population in Jordan now involves a girl under the age of 18, according to a 2014 report by Save the Children. Child marriage has also increased among Syrian refugees in other countries in the region, including Lebanon, Iraq, Egypt and Turkey.

The consequences for the young girls can be dire. In addition to raising the risk of death in childbirth, it often means girls are denied education and economic opportunities and isolated from family and friends.

Sabah al-Hallak, a veteran activist from the Syrian Women’s League, told the Middle East Eye she prefers the term “forced marriage” rather than “early marriage” because she believes the main issue is not so much the age that girls get married, though that is a concern, but rather that “in all cases, it is not the girls’ decision.”

Under Syrian law, and under normal circumstances, the minimum age for marriage is 17 for boys and 16 for girls. In many circumstances, however, religious leaders have been allowed to make exceptions, approving informal (religious) marriages for girls as young as 13 and boys as young as 16. The war in Syria, which has raised the risks of abuse and exploitation, is one of those circumstances.

As in Syria, the legal age for marriage in Jordan is also often disregarded. Jordanian law sets the minimum age of marriage for both boys and girls at 18, yet religious leaders may, and frequently have, authorized marriages for teens aged 15 to 17. Again, the war in Syria has been cause for such circumstances occurring.

Chvotzkin learned more about Aisha when her mother returned a few days later. Alone and in tears, she confessed to Chvotzkin that she thought she was helping her daughter by agreeing to marry her to an older Syrian man. She had only wanted the best for her daughter. But now, she felt she had destroyed her life.

The mother, Rabia, a pseudonym, begged Chvotzkin to give her birth control pills so she could slip them into her daughter’s milk every morning.  She couldn’t bear the thought of her daughter going through the pain of another pregnancy and birth. The scene became so desperate, with Rabia crying and imploring her, that Chvotzkin’s translator broke down and had to leave the clinic.

Chvotzkin called on a friend to help with translation and console Rabia.

For Chvotzkin the idea of giving the mother pills was an ethical dilemma since the patient is supposed to speak up for herself and seek medication of her own free will. But Chvotzkin also felt that Aisha she did not want to be having sex at all, much less getting pregnant again. “I do think that if she knew what birth control pills did, and if she wasn’t in a state of shock, she would voluntarily take them. Ultimately, she didn’t want to be having sex, that’s what she wanted.”

In the end, she gave Rabia five months of pills for her daughter.

Chvotzkin still questions whether she made the right decision. “Furthermore, to only be able to give her a certain amount of birth control pills, and then after the first six months, not be able to follow up, I felt not so comfortable about that.”

But she said that she let her instinct guide her.

“You can give somebody something to prevent a complication of something that is going on in their lives” Chvotzkin said. “But ultimately, until you actually deal with and tackle the issue at hand, you’re not actually addressing the main issue, which was the child was being raped and assaulted on a daily basis for years; resulting in consequences that directly affected her health and could have ended her life.”

When she was with the doctor alone on that second visit, Rabia told Chvotzkin that to come to the clinic she had lied to Aisha’s husband, telling him she was only going for a checkup. “If the husband found out, he would kill her,” Chvotzkin said angrily. “If he found out I gave her mother birth control pills he would kill her also.”

They were allowed two hours to go for a checkup and if they came home late, Aisha would be beaten. The beatings, along with being raped daily by her husband, were two of the reasons Aisha had tried to commit suicide by cutting herself while she was pregnant, Chvotzkin said.

Aisha, now 13, hasn’t spoken more than a few words since giving birth to her baby six months ago, Chvotzkin said. Her condition is most likely a result of the trauma and postpartum depression, which the doctor said might also explain why she’s never bonded with her child.

Early marriages are often between young Syrian girls and other similarly aged Syrian boys, usually cousins or more distant relatives. Since the Syrian civil war began, however, marriages have been occurring more frequently between young girls and much older men, as was the case with Aisha.

Chvotzkin acknowledged that the marriages sometimes provide security for vulnerable girls and their families, but said early marriage is also often just another form of violence young girls face.

“I tend to pick up on subtle signs suggesting recent abuse or history of abuse,” Chvotzkin said. “There are several concerning issues regarding these young refugees.”

The girls and women she treated in Jordan and Syria had faced multiple threats and incidences of abuse, Chvotzkin said, citing stories the girls told her.

Some were “assaulted by the Assad regime, raped by Daesh [ISIS] and sold by their families to sociopaths promising their young daughters, even 12-year-olds, a good future.”

Chvotzkin has also worked in Greece, on the small island of Lesvos that has been receiving thousands of refugees to its shores daily. One young Yazidi girl who reached Lesvos with her family by rubber boat showed signs of abuse and trauma, she said. But her family was insistent on moving onward toward Germany as quickly as possible, so the girl received no treatment.

“The biggest issue is the fact that people are moving so quickly,” said Boris Cheshirkov, who heads media relations for the United Nations High Commissioner for Refugees on Lesvos, at a shorefront cafe at the port of Mytilini in Lesvos last month. “They are in, they are registered and they are out.”

This constant movement has created concern among organizations trying to provide help to at-risk individuals or groups. “Those groups of people that are at heightened risk don’t necessarily have that safety net of being cared for or being identified,” Cheshirkov said. “And they are not necessarily coming forward, because they want to proceed with their journey.”

The day Aisha and Rabia came to her, Chvotzkin said she tried to convince them to go with her to a safe place. But they couldn’t. Rabia’s other four children were at home with Aisha’s husband, and if they left now they would not have been able to take the other children with them.

“In the conversation that I had with her mom, through the translator,” she said, “her mother said that every aspect of her daughter’s life was completely controlled and monitored by the husband. If he wasn’t aware of where she was all the time, there were consequence; she would get beaten. She [the daughter] wasn’t allowed to talk to men, obviously, or even other non-Muslims or women who didn’t wear the hijab. She wasn’t allowed a phone, and didn’t have any way to contact anybody. All the money for the family came through him. They didn’t have much of a choice, everybody was very submissive.” 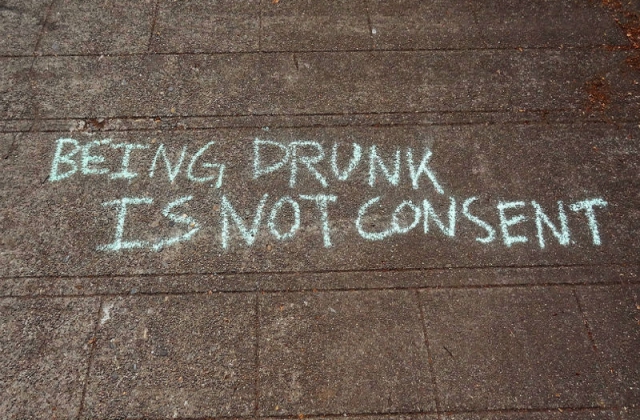 Words of Stanford Rape Victim Resound Nationally and Beyond 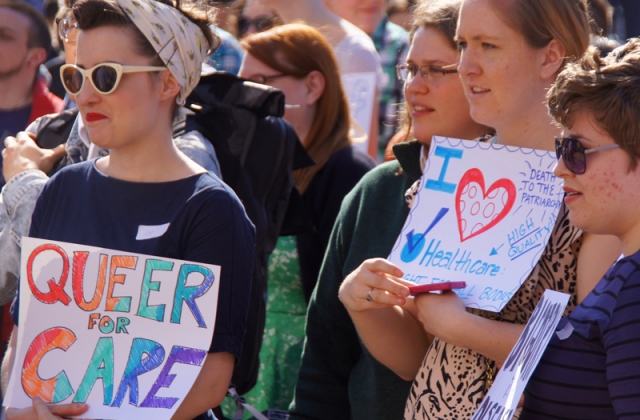