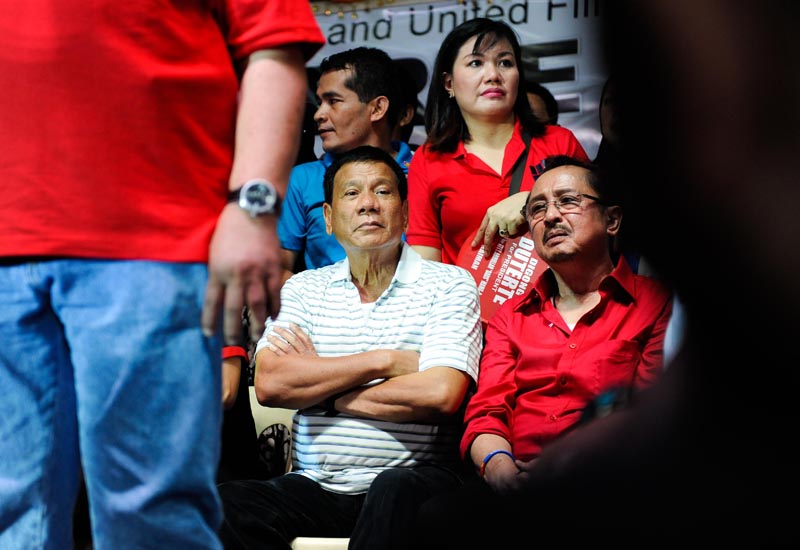 On May 9 voters will decide whether Rodrigo Duterte becomes our next president. The cruel things he has said and done should disqualify him off the bat. But crime, corruption and poverty fuel him along.

MANILA, The Philippines (WOMENSENEWS)—Although he has been leading his rivals in the pre-election opinion polls, today is the day when the Philippine voters really say what they think of him.

Whether or not he gets elected on May 9 won’t be known for a couple more days, as the votes are counted. In the meantime, everyone should know what he said not long ago when he stood on a stage in a rally in Quezon City, in the northeast part of the National Capital Region.

Rodrigo Duterte, 71, in a bright red collared shirt and with a bulging belly, proudly told a story of a 1989 prison siege. An inmate, he told the cheering crowd, was holding hostages at the Davao City Detention Center, in the city in the southern Philippines where Duterte has served as mayor for more than 22 years, among the longest-serving city chiefs in the country.

Duterte recalled the events vividly. There was an assault, then an exchange of gunfire between the troops and inmates. The inmates used the hostages as cover and raped all the women, among them an Australian missionary, he said casually.

The rape of the Australian missionary angered him, he told the crowd. Oh not just because the inmates raped her but because he, the mayor, should have been first in line.

“Son of a bitch, what a waste,” Duterte said in a video that went viral. “I looked at her face, son of a bitch, she looks like a beautiful American actress.”

“What went through my mind,” he continued, “was that they raped her, they lined up. I was angry because she was raped, that’s one thing. But she was so beautiful; the mayor should have been first. What a waste.”

Her name was Jacqueline Hamill, 36 years old, raped by a gang of inmates and her throat slashed. She is among 20 hostages who died in the two-day siege.

That a viable presidential candidate should discuss what happened to her in such terms is incomprehensible.

The grotesque joke drew the ire of the Philippines’ Commission on Human Rights, the diplomatic community, women’s groups and ordinary citizens.

“Rape and murder should never be joked about or trivialized. Violence against women and girls is unacceptable anytime, anywhere,” said Australian Ambassador to the Philippines Amanda Gorely, who criticized the mayor for his remarks on Twitter.

Nikki Luna, a Filipina feminist artist based in Manila, was among the first to decry the comments.

“This is by far the best, clearest example and understanding of what is meant by the phrase ‘rape culture’,” she wrote in a Facebook post. “Watch and listen. Sexual assault, rape, and violence are trivialized, made into jokes, it becomes the ‘norm’ straight from this ‘mayor’.”

Gabriela, a militant women’s group, called on the candidate to apologize. “Rape is a criminal offense, a serious crime against humanity. It is no laughing matter. Duterte should know better and must apologize,” the group said.

Several women’s groups here issued a protest statement. “The rape culture in our society persists when officials like Mayor Duterte crack jokes at the expense of rape victims,” it reads. “By making light of the gruesome rape and murder of Jacqueline Hamill, he sends the signal that it is OK to rape women. Mayor Duterte, it is not OK to disrespect women.”

But the mayor sees no reason to say sorry. “Don’t force it. I will never apologize,” Duterte told reporters in a video by CNN Philippines.

Duterte’s supporters see him as the best candidate. They say he is the solution to the country’s woes; crime and corruption that combine with deep poverty. More than a quarter of the Philippines’ 100 million people live below the poverty line, roughly a dollar a day.

The tough talking unapologetic mayor not only jokes about rape but also boasts of his womanizing ways.

“I have two girlfriends. One is working as a cashier and the other works for a cosmetics store at a mall. The one working at the cosmetics store is younger. The other one is older but more beautiful,” he boasts.

He fills his speeches with invectives and has cursed the Pope for causing horrendous traffic in Manila during his visit in 2015.

He is also a boastful killer. Dubbed by Time Magazine in 2002 as “The Punisher,” Duterte has lost count of how many people he killed as mayor. While publicly admitting the killings, authorities have apparently turned a deaf ear on Duterte’s crimes and international organizations such as the New York-based Human Rights Watch have called the government’s attention on this.

The man used to go around Davao with a .38 pistol in his waistband. He was out to kill criminals and doesn’t care what human rights activists have to say about it.

In the mid-90s, at the start of Duterte’s second term as mayor, the killings of rapists, drug dealers, murderers and other criminals in Davao became rampant and continue to be so. The killings were attributed to the Davao Death Squad, a vigilante group, widely linked to Duterte and criticized by local and international human rights groups.

And when he becomes president, it’s going to be bloody, he has promised.

“I told you to avoid me. I’m telling the Filipino people, not me, it’s going to be bloody,” Duterte said in an interview with Rappler.  It may be a rhetorical play for votes, but it could also be a genuine warning from a man who has lost count of how many people he has killed.

“When I said I will stop criminality I will, and if I have to kill you I’ll kill you,” Duterte adds.

This is Duterte, a mayor who thinks he is the Filipino people’s answer to eradicating crime and corruption. As if killing criminals would actually end poverty in this country of 100 million people.

Duterte himself thinks he is the country’s messiah. Once in a rally, he wiped his sweaty face with a hanky and threw it to a cheering crowd who boxed out each other to get the sweat-filled piece of cloth.

What is certain is that he will fulfill his promise. His government will be bloody and I imagine, corpses of criminals, with their throats slashed and their body parts decapitated will be strewn grotesquely along EDSA, Metro Manila’s main thoroughfare where at least 2 million vehicles pass through everyday, for everyone to see or perhaps in Manila Bay, the city’s famed attraction.

Anyone’s backyard can be a killing field, where bodies will be dumped; the schools, the churches or perhaps even the green grass outside the presidential palace.

“It will be bloody,” Duterte, The Punisher, has warned in a voice, proud and loud.

Now we wait for the people to speak, the votes to be counted.

One response to “Will Filipinos Elect an Emblem of Rape Culture as President Today?” 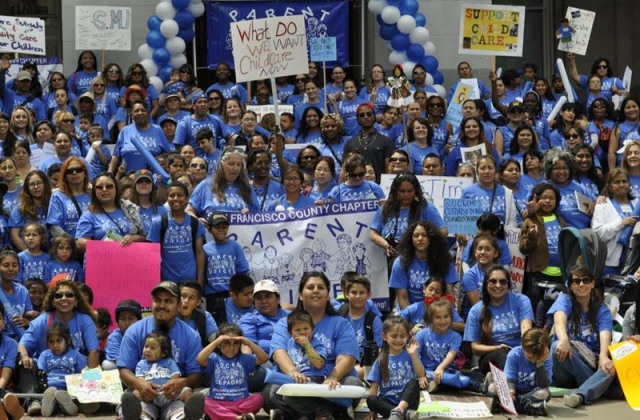 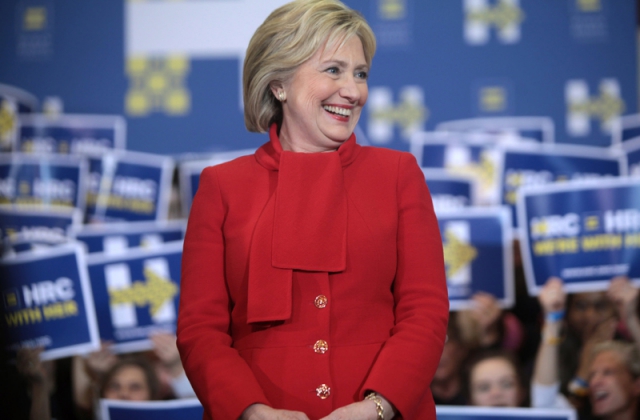