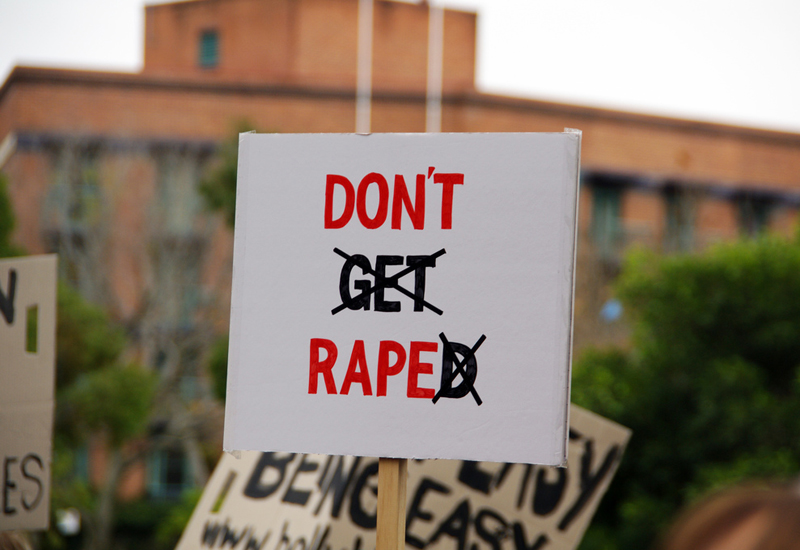 NEW HAVEN, Conn. (WOMENSENEWS)—Many good things happen in April. Flowers are blooming. The weather is warmer. And it’s Sexual Assault Prevention Month. (OK, so those things may not seem to hang together for you but for me they do.)

As a trauma psychologist, April is a reminder that people in this country are violated at alarmingly high rates in the most intimate of ways and they still recover and flourish. It’s also an occasion to talk about the novel interventions that are springing up across college campuses to help young women stay safe.

Interventions have been designed and tested to help women “resist” rape. Now that may sound odd to some and terribly unfair to others. Why should women have to learn resistance training? Isn’t that similar to blaming the victim? Why can’t men just stop raping?

That’s a valid demand, of course.

There are some programs designed to stop men from raping. For now, those programs have a number of problems, including not being effective for men at high risk of perpetration.

Until we figure out how to find and prevent these men from perpetrating, we can teach our sons, our brothers and our husbands how to be respectful of women and wait for the broader trickle down effects in changes in culture and attitudes.

And we can fight to make rapists face the full legal consequences of their crime.

A recent study found that first-year college females who participated in sexual assault resistance education significantly reduced their likelihood of being victims of a completed or attempted rape as opposed to women who only received educational brochures about such assaults. The women who received this training also reported lower rates of attempted coercion and non-consensual sexual contact as well. Wow.

The power of just four three-hour sessions, essentially showing women how to assess risk, acknowledge danger and engage in verbal and physical self-defense can do all that.  That’s cool.

Not only was this short intervention effective in reducing risk of assault, but for those women who were raped (not all attacks were prevented), they were less likely to blame themselves.

That’s great news because self-blame for a female rape survivor is a malignant cancer that invades the mind keeping the incident in playback mode.

Nearly 1-in-5 women has experienced completed or attempted rape.

Rape is one of the most, if not the top, traumatic events, with the highest probability of producing post-traumatic stress disorder. It also increases the risks of depression, substance abuse and a disruption in resources, such as a loss of job or education, reduced income and relationship dissolution.

Clearly this is a major public health problem with far-reaching consequences for survivors and society.

We can and should use every tool available to stop it.

Joan M. Cook, Ph.D. is a psychologist/associate professor at Yale University. For the past 20 years, she has been researching traumatic stress and clinically treating combat veterans, interpersonal violence survivors and people who escaped the former World Trade Center towers on 9/11. She is also an Op-Ed Public Voices Fellow, a regular contributor to Time Ideas and 2016 president of the American Psychological Association's Division of Trauma Psychology.