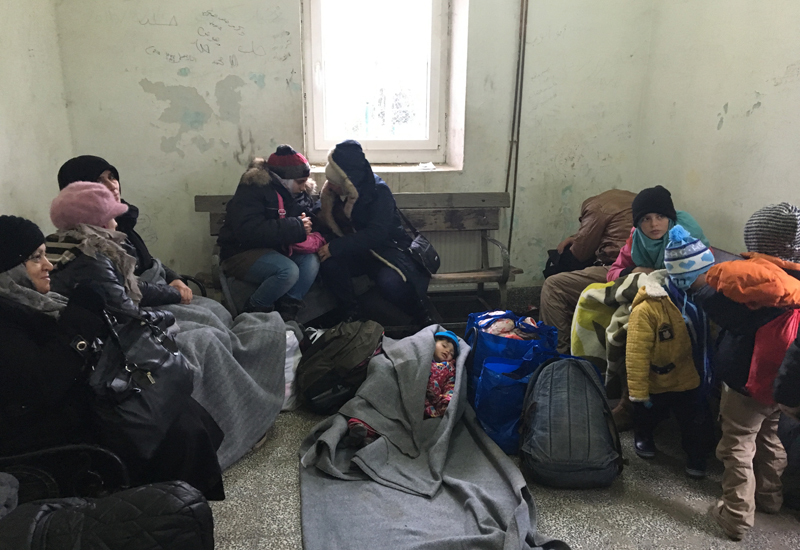 Refugees at a train station in Presevo, Serbia.
Commentary

In Today’s Refugees I Am Finding My Mother’s Memories

Traveling through Serbia, Croatia and Slovenia with the Women’s Refugee Commission was eerie. So much of what I heard echoed my own family’s experience, decades ago.

(WOMENSENEWS)–The refugee crisis in Europe hits me in a deep, personal way.

Those photographs of the refugees: fathers struggling to hold their children in the waters at the Grecian shore, feeling the first taste of freedom; rows of men and women trudging across the Macedonian countryside; exhausted families huddling together in train stations. Who could not be moved by the plight of so many thousands seeking a better life?

For me, this exodus of refugees from war-torn counties resonates because more than 70 years ago my parents and I were also refugees from our homeland Lithuania. I was just 18 months old in 1944, a toddler in my mother’s arms, as we fled in the night in a horse-drawn carriage to escape the approaching Soviet Army. We spent the next three years in various displaced person camps in Germany until we could find a safe passage to the United States. Our days were filled with chaos and uncertainty, as are the lives of the Middle East refugees today.

In mid-December, as a board member of the Women’s Refugee Commission, I spent five days traveling through Serbia, Croatia and Slovenia. The commission works to protect the rights of women, children and youth displaced by conflict and crisis. On this trip, our mission was to assess the situation for women and children, especially regarding gender-based violence.

Women’s Refugee Commission releases the Jan. 26 report, "No Safety for Refugee Women on the European Route."

In interviews with U.N. officials, social workers and other aid providers, we heard reports of domestic abuse, rape and "survival sex," when women without financial means are forced to trade their bodies to smugglers for transport or food.

"I saw pregnant women groped by smugglers and husbands asking women to have sex to pay for passage to Greece," said Omar Al Hamdani, a 31-year-old doctor from Syria, a refugee himself.

I of course was too young to remember anything of my family’s arduous journey to freedom. My most vivid first memory is arriving in New York Harbor and seeing the Statue of Liberty. It was the day of my 4th birthday and the cook on the SS Ernie Pyle baked me a cake.

My Mother Kept a Diary

My mother, Alexandra, kept a dairy all those years. When I returned from the Women’s Refugee Commission trip, I reread those passages (which were published in my father’s autobiography, "Odyssey of Hope").

The current refugee experience is different in many ways from that of World War II immigrants. The war had ended; by 1948 the United States was preparing to admit 400,000 displaced persons (compared to the woeful number of 10,000 that the Obama administration will allow next year). But there is universality to those emotions we all went through: fear, confusion, a sense of being out of control and, of course, great uncertainty.

"But it is the unknown that depresses us the most," Alexandra wrote in August 1944 after several days of being separated from her husband, my father, Joseph, in a refugee camp. "What will become of us? The Germans did not speak to us at all; they did not explain anything. We talked amongst ourselves. What should we do? . . . what is happening in Lithuania? Where are our relatives; where are our good friends?"

Refugees at the Presevo UNHCR camp in Serbia complained of the lack of information. Where is the registration tent? When is the next train coming? Some had no idea what country they were even in.

Mike McGrath, a volunteer for REMAR, a humanitarian organization founded in Spain, was serving hot soup and bread, tins of sardines and tuna to the refugees, some swaddled in heavy gray UNHCR blankets. He said he was "overwhelmed to see the pain. Some are so tired and cold they hold the cup of tea just to warm their hands. They don’t even want to drink. They need more information of where they are going but they are even too tired to read the signs. They have that 1,000-mile stare."

My family’s journey to the United States took almost three years, moving from Lithuania, to East Prussia, through Czechoslovakia, and then in several refugee camps in Germany until we could emigrate here.

Today’s refugees from Syria, Iraq, Afghanistan might be able to make the trip to Germany in less than a month, though it is fraught with danger. They often come through Turkey, where they pay smugglers a thousand euros or more to put them on boats to Greece. This journey of four to six miles is perilous. Two thousand five hundred people or more have drowned this year in the rough and cold waters, according to UNHCR.

Serbia, Croatia and Slovenia are transit countries though they do offer asylum to refugees. But the destination of choice for many is Germany (or Sweden).

In their haste to make it there, we heard cases of pregnant women about to deliver who declined medical attention so they could keep moving. In some instances, it was the husbands who pressured their wives against seeking medical help so they would not miss the bus or the train. Women were terrified of being separated from their husbands or other family members.

"Whenever (Joseph) leaves me, I am constantly worried about him," my mother wrote in September 1944. "Anything can happen in a war. The idea of losing him puts me in an absolute panic."

We saw large groups of women, including pregnant women, traveling together with many children. One mother was grappling with six youngsters along with plastic bags stuffed with their meager belongings. They were frantic about not getting on the buses or trains that would take them to Germany before the transit countries might close their borders and winter would arrive.

U.N. officials said they are seeing increasing numbers of women traveling alone or together in large groups. One theory is that perhaps last summer when refugee arrivals numbered up to 8,000 a day, it was the men going ahead to seek shelter and asylum.

We spoke with one Syrian woman in Presevo, sitting on the ground at the train station. Even though there was a small heated waiting room most people were gathered outside. The train for Croatia’s border was due in five hours but everyone wanted to be first in line. A toddler was playing on the train tracks.

She said in English that she had paid smugglers 1,500 euros, or about $1,625, to take her from Turkey to Greece. "The boat ran out of gas and started to sink. My two children were in the water. We would have died but the coast guard rescued us." Her husband was a university professor now waiting for her in Vienna. Five months pregnant, she was traveling with friends, including another pregnant woman who started to complain of back pain.

These refugees are not terrorists; they are fleeing the terror of war. One Syrian man, with his 19-year-old wife, a 2-year-old and a 1-month-old baby, said his house was next door to a prominent opposition figure. They were bombed nearly every day.

"The bombs fell like rain" he said. He said his mother and a brother were in Germany and were happy there.

Haneen, a 21-year-old pregnant university student, said she left Syria because she wanted a better future for her baby. "Will life be better?" she was asked. Her mother flipped her hand from side to side as if to say, "I’m not so sure."

"Our future remains as uncertain as ever," my mother wrote on Christmas Eve, 1945, sitting around a common table with Lithuanians in a refugee camp in Nurtingen, Germany. "This was not a happy night. The only thing everyone talked about was – when are going to be able to return to our homeland. I am beginning to think that it’s no longer very realistic. But I try to be positive. I believe that it is essential to try to find happiness in life, no matter in what situation people might find themselves."

The future is indeed uncertain for the more than a million refugees from Syria, Afghanistan, Iraq and other countries who have fled to Europe this last year. Anti-refugee sentiments are building up as the influx continues.

"It is obvious that millions of war refugees cannot be accommodated here indefinitely," my mother wrote in the spring of 1946. "There was no work for the refugees. While women tended the children and did the laundry and sewing, most men had nothing to do so they spend their days and nights just hanging around, playing cards, drinking and looking for casual romances…To add to the problem, the German attitude towards refugees has grown more hostile. Germans have to live in near-hunger themselves and when they see the idlers and drunkards, they can’t hide their disgust with the ‘freeloading’ refugees."

Every refugee we spoke to could only say that nothing could be worse than the nightmare of war and oppression they had fled. Hope was the only option.

"I am filled with mixed feelings," my mother wrote as we sailed from Bremen, Germany, in early February 1947. "I am very happy that the period in our lives of just waiting and having no clear objectives has finally come to a close. Though America is very far away, beyond this ocean that is endlessly rising and falling in waves, my heart pounds in anxious anticipation. I believe we’re sailing to a land of freedom and endless opportunities. 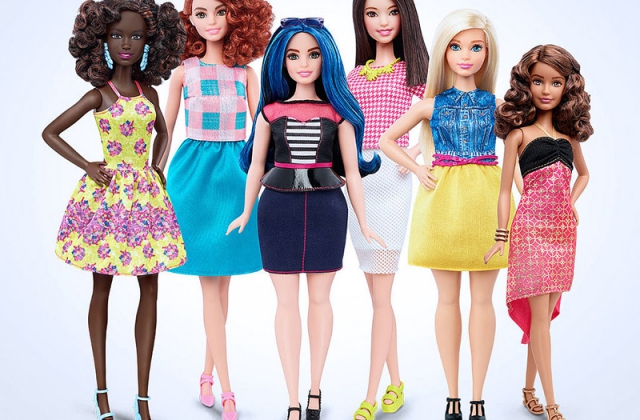