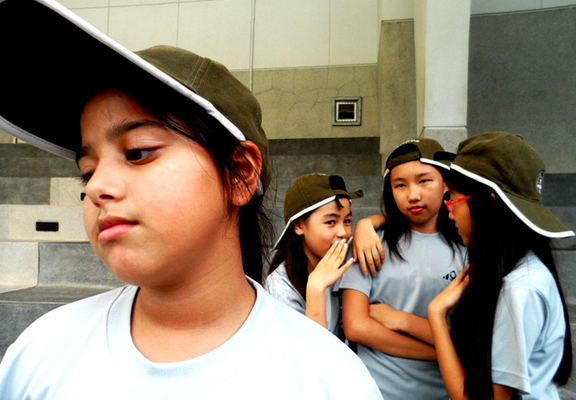 Multiracial Girls Open Up About Getting Bullied

“They started calling me albino,” says one girl. “I didn’t like that at all.” While a high proportion of students who get bullied are multiracial, this type of harassment often goes unnoticed by school authorities, recent research finds. NEW YORK (WOMENSENEWS)–After repeatedly being teased for her yellow complexion and long, curly hair at a neighborhood playground, 7-year-old Tiana Roe of Amityville, N.Y. ran home crying, asking her parents, “What am I?”

“Kid’s made fun of me because I didn’t know exactly who I was,” said Roe, who is now 15. “They knew I wasn’t white but, when I told them I was black they didn’t believe me.”

Raised in a predominantly black neighborhood in Long Island, Roe was often the only lighter skin child in her community. At school peers rarely let her join games of tag and hide-and-seek.

“No one wanted to be on my team. I was always picked last,” Roe recalled recently in a phone interview from her home. “I didn’t feel human. I didn’t feel like I belonged anywhere.”

Among the 160,000 children who are bullied everyday, 31 percent are multiracial, according to Clemson University’s “Status of Bullying in School” 2013 report.

“People ask ‘what are you?’ because they are curious,” said Cherrye Vasquez, author of “The Diversity Daybook,” a journal designed to build diversity, in a phone interview. “Yes, this is socially inappropriate, but think about how often you yearn to know what race another is.”

Dominique Sims,16, attends Amityville Memorial High School on Long Island. She knows all too well about being bullied. Sims, whose parents are African American and white, was taunted by two white female students in her early education class, they repeatedly called her the “N-word,” “hunky” and “chocolate.”

“People don’t look at me as white,” Sims said. “Those two girls knew I was mixed. I was angry. It didn’t make me feel good. Why am I only being judged on the black side?” she said in a phone interview from her home in Amityville.

Sims said the harassment began on Facebook and spilled into the classroom. She felt “horrible” when the principal disregarded the racial slurs because she wasn’t explicitly mentioned in them.

“It wasn’t fair” Sims said. “If they didn’t say ‘Dominique is a monkey,’ there was nothing they could do.”

After several requests for disciplinary action were denied, the principal penalized both Sims and her bullies with detention. “They made us sit in silence for two weeks as punishment,” said Sims. “It didn’t do anything.”

Racial bullying often goes unnoticed because of the gap in how teachers perceive interethnic relations, finds a 2012 report by the Integration Centre. This contributes to lower self-esteem and higher suicide rates among multiracial students.

Leatrice Brown, 15, attends Walt Whitman High School in Huntington, N.Y. She said bullying by her black peers at lunch and in the hallways often is overlooked by teachers and administrators.

“They don’t do it around teachers,” Brown said in a recent phone interview from her home in Huntington. “In school they’ll call me white, and it’s really annoying.”

Brown’s birth parents are biracial but her adopted parents are both black. She said the taunting escalates in the winter as peers begin to notice her “pale” complexion. This summer she spent extra time outside in the hopes it will prevent harassment.

“I would stay in the sun longer hoping to get a tan,” Brown said. However, sunbathing proved to be pointless as students continue to bully her. “You finally look black and you’re getting darker,” the kids tease.

“They started calling me albino,” Brown said. “I didn’t like that at all.” Afraid of being considered a “snitch,” Brown hasn’t told any teachers or family members about the bullying that began in her freshman year.

“I don’t think they can do anything to help,” she said. “If I [did] tell the teacher I would be made fun of more.” 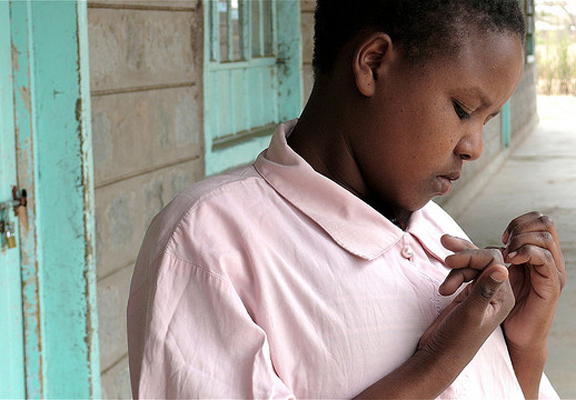 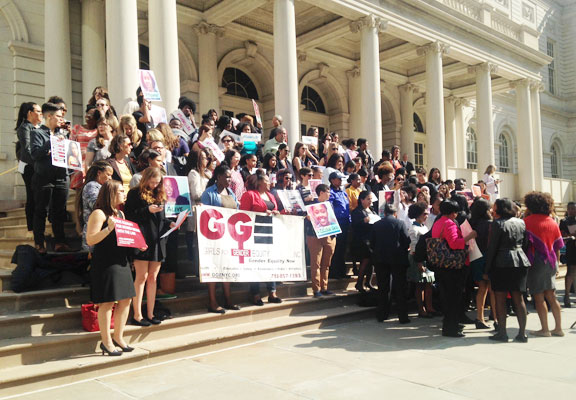