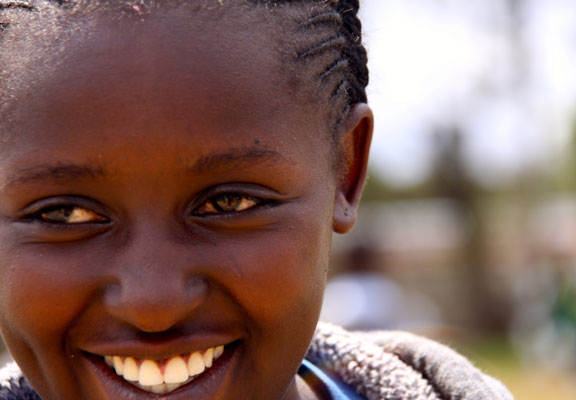 Kenyan teen Joyce Wanjiru knows how lucky she is compared to her peers. “People say life is not fair but my friend Mercy had to live this phrase every day,” writes Wanjiru. It had been a while since I had seen Mercy, a friend I knew through primary school. She told me that she had lost her parents in a road accident right before she was to start high school. She moved with her aunt who didn’t treat her well. When I tried to reconnect with her she told me, with tears rolling down her rosy cheeks: “I don’t think you will ever want to be associated with me for the pain and suffering I have gone through since my parents died and what this cruel world has given me is rejection, hatred, self -denial,” she said, sounding hopeless.

Those words really hit me hard and I didn’t know what to say. I was quiet for a long time before I remembered what I learned in a class we have at school called WISH – Women of Integrity, Strength and Hope – that teaches us how to deal with life’s problems. I told her that the only way to help her was to open up and tell me what she felt about life.

After a long pause she broke the silence and told me that since her parents died, she had to miss school because of the errands her aunt that she lived with made her do. After Mercy and her aunt got kicked out of their home,her aunt remarried. The step-uncle was a monster. He sexually and physically assaulted Mercy and threatened her to silence.

It wasn’t until Mercy collapsed during her daily chores and a friend took her to a nearby hospital that she found out she was pregnant. Her step-uncle kicked her out and her aunt did nothing to protect or defend her. Mercy went to her elderly grandmother’s home only to be told to leave a few weeks later by other relatives.

My eyes grew wet as she narrated this horrible story. I tried to hide my sadness behind words of positivity and hope but I could not cheer her up or help her out. I had no comfort to offer to her but she did thank me for my friendship and also for having someone to talk to, this made me feel happy because I had managed to convince her to let go of the anger that burned inside of her

Later I was told that Mercy was hit by a car and had lost her young precious life. I cried and felt lost. How did the society came to a place where young girls needed so much protection and got none? I was sad for Mercy and sad for the world she left me live in.