In Cambodia, Domestic Workers Get Organized

Their ranks are small but growing, and they want their government to join an international labor treaty. “If we organize, we can help each other,” says a 25-year-old housekeeper who started working when she was 10 and earns $75 a month.

PHNOM PENH, Cambodia (WOMENSENEWS)– Hai Somaly was just 10 years old when she started working as a domestic worker. For the equivalent of about 13 cents a day she would cook, clean and take care of her employer’s children. When her employer was displeased with her work, she says he would often hit her with a shoe.

Fourteen years later, Somaly is working for a different family. She’s making $75 a month to wake up at 5 a.m. and start her daily duties of cooking, cleaning and washing. That’s significantly less than the roughly $130 a month earned by full-time workers in Cambodia’s clothing industry, whose earnings are just above the poverty wage, which is about $120.

Now, though, Somaly’s allowed time each day to study before returning to her work at night.

Meanwhile, as secretary of the Cambodian Domestic Worker Network, a vocational organization started in 2012 in Phnom Penh, Somaly is also studying another problem: what she and other domestic workers can do to improve their working conditions and wages.

"It’s very, very important," Somaly, 25, said of the 450-member organization. "If we organize, we can help each other and we can solve problems together."

The recent high-profile case of a Hong Kong woman convicted of abusing her Indonesian maid has brought renewed attention to the plight of domestic workers from certain countries. Law Wan-tung was found guilty in a Hong Kong court in February of beating and starving Erwiana Sulistyaningsih and failing to pay her wages, and sentenced to six years in prison.

The hopes of domestic workers such as Somaly are to get the Cambodian government to pass a set of labor laws that will set a minimum wage and basic working conditions.

Last month, domestic workers from around the world gathered at the United Nations in New York City as part of the organization’s summit on women to push for international labor standards and protections. Workers from Bolivia offered a showcase of the kinds of work conditions–from decent wages to health care to pension plans– that household workers can achieve.

In Bolivia, where domestic workers have been organizing for decades, the government of President Evo Morales has created an international example of how much a supportive administration can help domestic workers to achieve. The country’s 2003 household worker law stipulates a minimum wage and prohibits in-kind payments that can shortchange workers. Hours are limited to eight a day for live-out workers and 10 for those who live in. Other rights include health care coverage that extends to workers’ children and makes doctors available in the evenings (from 5 p.m.-9 p.m.) so that workers can actually access medical care. A 2010 pension law applies to domestic workers who make sufficient contributions.

The Cambodian Domestic Worker Network couldn’t be there, but a representative from a union of food and service workers in Cambodia was, said Chum Chamm, a project officer at the Independent Democracy of Informal Economy Association, or IDEA, a nongovernmental organization based in Phnom Penh, which helped to form the Cambodian Domestic Worker Network. Chamm said he hoped the event would draw more worldwide attention to the plight of domestic workers.

Yim Sothy, president of the Cambodian Domestic Worker Network, said in an interview that most workers are required to cook, clean, wash and take care of their employers’ children anywhere from eight to 13 hours a day, seven days a week with no holidays.

There isn’t much protection for the worker, she said, and they are paid little: sometimes just $50 a month to work for a local Cambodian family. Wages to work for a foreigner are typically higher– about $200 per month–but still lack protections.

Sothy said the most pressing issue for the network is the ratification of Convention 189, a set of labor standards for domestic workers adopted during the 100th session of the International Labor Organization. Seventeen countries have approved the standards, which include rest hours, the right to a minimum wage and clear information on conditions of employment. Cambodia, so far, has not ratified the treaty.

Having a consistent national law on the rights of domestic workers will make it easier to protect their rights, Sothy says.

Forty percent of 73 countries studied worldwide have no form of regulation of any kind for domestic workers. But labor laws covering domestic workers have been introduced in several countries over the years. These include Argentina, Bolivia, Brazil, Chile, France,

Hong Kong, SAR, Jordan, South Africa, Spain, Switzerland, Uruguay, some U.S. states and others. These initiatives are in line with international human rights standards, including the recently adopted ILO Convention 189.

In Cambodia, the majority of domestic workers are women who come from poor rural areas of the country. For many, housecleaning and cooking are the only skills they have.

In recent years, the conditions for Cambodian domestic workers–both locally and abroad–have made headlines. In 2013, a Malaysian couple was sentenced to 24 years in jail after their Cambodian maid died from malnutrition.

In 2011, Cambodian Prime Minister Hun Sen placed a moratorium on sending domestic workers to Malaysia amid the abuse reports, and since then the two countries have drafted a memorandum of understanding that would offer workers some protections, but it has not been signed.

A Call for More

The Cambodian Human Rights and Development Association, a nonprofit, nongovernmental agency based in Phnom Penh, is calling on the Cambodian government to do more for the workers. In January the group released a report finding 130 Cambodian domestic workers sent to work in Malaysia since 2010 are missing, unreachable or had unresolved issues related to wages or claims of abuse.

Only 4 percent of the domestic workers in Cambodia earn more than $100 per month, and about 60 percent earn less than $50 per month, according to a study from the International Labor Organization.

And those workers going abroad face even more obstacles. Migrant workers often have their passports confiscated and may not be given enough food or are fed dog and cat food, Sothy said. Some are raped by their employers.

Phil Robertson, deputy director in Asia for Human Rights Watch, said the Cambodian Domestic Worker Network plays a vital role in educating domestic workers about their rights and the demand for better treatment though advice, support for those in abusive situations and teaching new ideas and skills.

"Since they are left outside of the coverage of the labor law and often work alone, domestic workers have to rely on themselves for protection from abusive employers and the best way to do that is organize a mutual support network that brings the women workers together," Robertson said in an email interview.

In 2012, IDEA helped form the Cambodian Domestic Worker Network. IDEA had previously helped other workers in informal industries, such as tuk-tuk drivers, to unionize.

Mustering the first 15 to 20 workers was tough going, said Chamm of IDEA during an interview at the organization’s office, because most of the domestic workers work alone in homes all day and are hard to contact.

By the end of that first year, however, the group had seen progress and was able to bring 100 followers to a rally in Phnom Penh on Human Rights Day. Now the Cambodian Domestic Worker Network has a membership of 450 and aims for 1,000 members by 2017, Chamm said.

Would you like to Send Along a Link of This Story? https://womensenewsp.wpengine.com/2015/04/in-cambodia-domestic-workers-get-organized/ 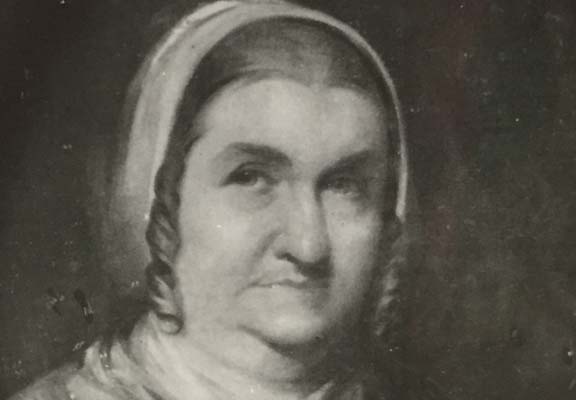