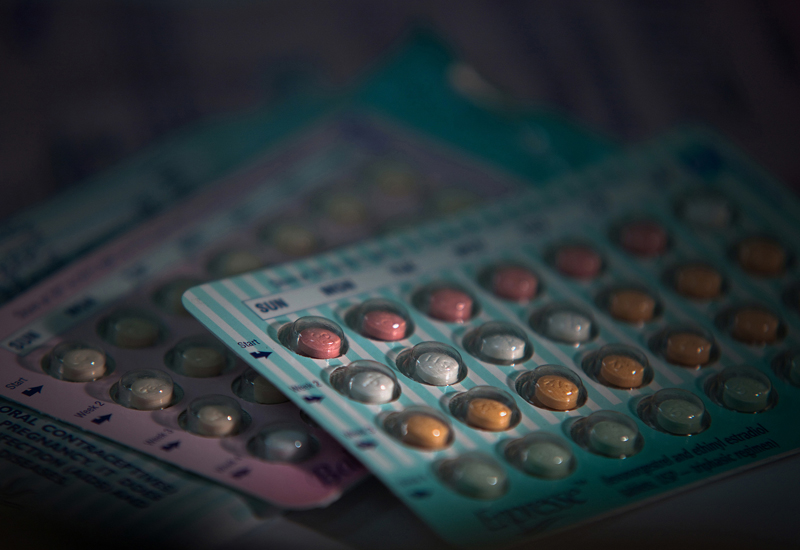 In a country where the pill has long dominated, women are now turning to other options, including less reliable “natural” methods. At the same time, abortion rates may have gone up last year, partly due to the pill controversy. Story reported with Hajer Naili.

PARIS and TOULOUSE, France (WOMENSENEWS)–Isaline Sivret has been on the pill since 2008. The 28-year-old says she’s single now, but when she gets into a serious relationship she might switch to another type of birth control, one she doesn’t need to worry about taking all the time. One option she’s considering is the IUD.

Sivret, who lives in Toulouse, adds that she’s been questioning the safety of the hormones in the pill even though she takes it, as do most of her friends.

The pill has long been popular in France, which has one of the highest rates of its use not only in Europe but in the world.

But Sivret isn’t alone in contemplating going off of it. While the pill is still the most common type of birth control here in France, and the contraception most recommended by doctors, a study published in May by the French National Institute for Demographic Studies finds a significant increase in the diversity of methods women are using, triggered in part by a media debate on contraceptive pills in late 2012 and early 2013.

“The media and political events of 2012-2013 seem to have had a marked effect on the contraceptive landscape, although it is impossible to say whether this effect will last over time,” said the authors of study.

While there’s been no overall decrease in contraception use itself, nearly 1-in-5 women reported changing methods since the media debate. The authors found that use of the pill fell to 41 percent in 2013 among 15 to 49 year olds from 50 percent in 2010, a decline particularly marked for women under 30 years old. Even with this drop, however, pill use in France remains high compared to other countries; in the U.S., for instance, only 16 percent of women age 15 to 44 used the pill last year.

The French media debate was set off in December 2012 when a young woman filed a lawsuit against the German drug maker Bayer for suffering a stroke she attributed to a third-generation pill.

“It was nothing in 2012 that we didn’t already know, it was not a scoop,” said Dr. Guillaume Hingrai, a general practitioner in a hospital in the Paris suburbs who consults women considering an abortion. “The risks of third-generation pills were already known by the public. But the intense media coverage scared women, who stopped taking their pills instead of going to talk with their doctors.”

Third- and fourth-generation pills are so called because they were developed after earlier formulations and contain different types of the hormone progestin that can reduce side effects of the pill such as acne and weight gain. Numerous studies suggest they also carry a higher risk than other pills of blood clots forming in the legs, known as deep venous thrombosis.

As a result of the controversy, in March 2013 the French national health insurance system stopped reimbursing these contraceptives.

The risk of third- and fourth-generation pills is still being debated though, as a 2013 review by the European Medicines Agency concluded that their benefits “in preventing unwanted pregnancies continue to outweigh their risks.” Still, while use of the pill in France has been declining since the mid-2000s, the drop since 2010 was more marked, the study said, and seemed to be related to the controversy as the decrease was solely attributable to third- and fourth-generation pills. These pills made up 25 percent of the pills used in 2013, down from 40 percent in 2010.

But few women during this time period switched to other pills, the study added. Instead, more women opted for different methods of contraception, notably IUDs (more likely among more highly educated women), condoms and “natural” methods, such as periodic abstinence and withdrawal (more likely among the most economically disadvantaged).

“There’s certainly a wish among some women to go back to something more natural,” said Emilie Teyssedre, spokesperson for the feminist group Osez le féminisme 31 in Haute-Garonne, during an interview in a cafe in Toulouse. “The pill is loaded with hormones so is that good for our body?”

While Teyssedre, who is 30, avoids natural methods, she said she switched to the vaginal ring five years ago after taking the pill for many years. She prefers the ring, she said, as she used to forget to take the pill regularly.

Among non-pill birth control options, the study found the largest increase in the less effective natural methods, which went up by 3.4 percentage points between 2010 and 2013, with almost 1-in-10 women now using these methods.

That worries some health practitioners, including Dr. Ghada Hatem, chief of the maternity ward at the Saint-Denis Hospital near Paris, who said she often sees women, particularly younger ones, not using contraception.

“Very frequently when I ask a young woman if she takes contraception, she says no. And then I ask ‘Do you want a baby?’ ‘No! No!'” said Hatem. “But when I tell her you have to take a contraceptive pill, she says it’s got hormones. It’s not good for my health.”

Some practitioners and activists attribute the turn away from the pill toward more natural and risky methods to younger women now taking the right to contraception and abortion for granted, since abortion has been legal in France since 1975. Women in France can have an abortion on demand during the first 12 weeks of pregnancy.

“They [younger women] have no idea what it is to live in a society where you have no contraception or abortion,” said Liliane Feuillet, a clinical psychologist in the maternity ward of a hospital in the Paris suburbs. “It is very strange to me, because I lived in a time where there was no contraception.”

Teyssedre agreed, though she said that Spain’s vigorous but failed effort to restrict abortion rights over the past year reminded some of them that abortion isn’t a granted right. She added that young women are more concerned with economic and career-related issues than abortion rights.

This is certainly true for Anais Govais, a 21-year-old law student in Toulouse. She said her primary concern is “my education, but other than that, causes I feel passionate about are environmental and animal rights,” she said, pointing out she’s not an activist.

Govais considers natural methods of contraception too risky. She’s on the pill, which she’s been taking since she was 14 to deal with painful periods. While she’s happy with the pill, and most of her friends take it, she said she’d consider discussing the IUD with her gynecologist since she’s gained weight on the pill.

Financial issues may also play into why some women, especially younger ones, aren’t taking the pill, even though certain contraceptives are reimbursed by French social security, including first- and second-generation pills, IUDs and implants.

“In the Paris region there can be difficulty to see a gynecologist,” said Dr. Sophie Gaudu, chief of the maternity ward at Les Bluets Hospital in Paris. “And a lot of them charge higher fees than what social security covers, which makes it harder to get a prescription for contraception.”

The study also points out that condoms, one of the main methods of contraception when people become sexually active, are not reimbursed by the government.

While the study authors doubt the higher use of natural methods will result in a significant rise in unplanned pregnancies, a June government report suggests that the 2012 debate may have contributed to a rise in abortions. Stable since 2006, the abortion rate may have gone up in 2013, according to preliminary figures released by the Directorate for Research, Studies, Assessment and Statistics. It showed that abortions in France increased nearly 5 percent compared to 2012, rising to 217,000 from 207,000. The report also attributed this rise to a move by the French government in 2013 to start reimbursing abortions and increased compensation for hospitals that practice abortion.

Some health practitioners said the ease of abortion has made it a form of contraception here, particularly for young women. “If more women are less inclined to take the birth control pill it is because there is a safety net, which is an abortion if they get pregnant,” said Alexandra Bouchard, a psychologist in the maternity ward of a hospital in the Paris suburbs.

Hingrai, the doctor at the Paris suburbs hospital, disagreed. “I don’t feel that women who come to see me think of abortion as a means of contraception. It would imply that abortion is trivialized and I don’t get this impression at all during my consultations,” said Hingrai, whose hospital does about 500 abortions a year.

Law student Govais seemed shocked at the idea of using abortion as contraception. “I don’t think it’s true because abortion is important and serious. Otherwise there’s still Plan B, so even before getting an abortion there are other methods not to get pregnant.”

One area of agreement among activists and health practitioners, however, is that the loosening of the French model of contraception–historically so focused on the pill–is welcome. Studies show that when a woman makes an informed choice about birth control options it’s associated with better satisfaction and adherence, but that doctors’ opinions can influence this choice.

Most of the young women interviewed, including Govais and Sivret, said their doctors only told them about the pill or condoms, rather than adapting a method most suited to their needs.

A staff member at the Family Planning association in Toulouse, who didn’t feel comfortable providing her last name, also decried a void of information and the misinformation about the range of contraceptive choices. “There’s lots of misinformation on the IUD,” she said. “Women think they can only use it after having their first child. Other misinformation is that Plan B is only recommended twice a year and more than that can lead to infertility.”

Gaudu, of Les Bluets Hospital, hopes this is changing now, and that contraception will soon become the choice of women, not doctors. “We need to find a better compromise to respond to what the patient wants and what is given to her,” she said. “Being able to have a say in our fertility is the basis of freedom for women.”

This story was reported and produced by Juhie Bhatia, Women’s eNews’ managing editor, and Hajer Naili, Women’s eNews’ staff reporter for the series “Backlash in Europe: Women’s Reproductive Rights Threatened.” This special project was funded by a group of private donors and contributors to the Women’s eNews Catapult online campaign. Join the conversation on reproductive health issues in Spain and France on Twitter #EUReproRights.