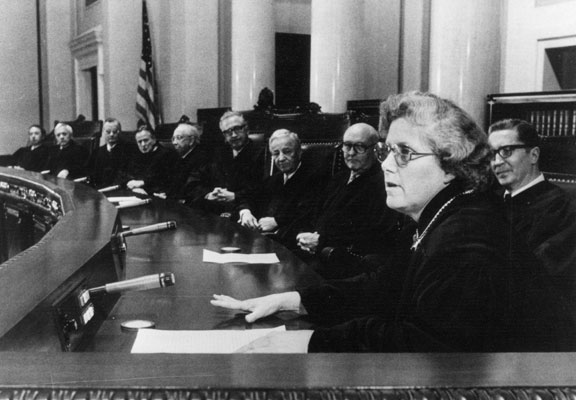 The first woman named to the Minnesota Supreme Court, Wahl decided in her 30s to pursue law after she grew tired of “sitting outside of doors, with the doors shut, and them [men] deciding,” says Lori Sturdevant in this excerpt from “Her Honor.”

(WOMENSENEWS)–In later years, Rosalie Wahl frequently described the feminist epiphany that came to her while sitting in frustration outside a closed meeting of the all-male Washington County Board in Stillwater, Minn. The year was 1960, give or take a few months, and the issue was libraries.

As a lonely child, Wahl loved the few books she had and craved the stories they told. Grandma owned a handful of books, but most weren’t suitable for a grade-schooler. Birch Creek School had a meager few more. Wahl borrowed one, “Legends and Myths,” over and over again.

Her children would not endure such scarcity, she vowed. The Wahl household had no television until the 1960s, but the young mother insisted that it would have books. Some Minnesota public libraries had provided bookmobiles to rural residents since the 1920s. Why shouldn’t a bookmobile stop near the Wahl place? That was the question she asked not long after the Wahls–Ross and Rosalie Wahl and four children–moved in 1955 from Circle Pines in Anoka County to a former dairy farm atop a hill near Lake Elmo, east of St. Paul, in Washington County.

Washington’s county seat was Stillwater, a historic riverside lumbering town whose 19th-century success made it a proud, charming and politically conservative location in the mid-20th century. The Stillwater Public Library was a handsome facility. Unlike its larger counterparts in Minneapolis and St. Paul, which had been dispatching bookmobiles into surrounding rural areas since World War I, the Stillwater library evinced no sense of duty to serve the rest of Washington County. Its governing board considered library services outside the city limits to be a county board responsibility, not theirs. One Stillwater library board member offended Wahl by asking scornfully, “Where are all these people in the county who want to read?”

We pay county taxes, Wahl retorted. We deserve at least a bookmobile stop.

She convinced like-minded neighbor Jean Lundquist, a future Stillwater Board of Education member, to join her in asking questions of the right people. The Wahls offered the end of their driveway as a location for a converted school bus to make a regular stop. In relatively short order, the women succeeded. A bookmobile was established and a stop at the Wahl place was arranged–but only once each month.

That limited achievement only served to whet ambition for Wahl and other library-loving mothers in rural Washington County. The bookmobile ought to be considered a stopgap on the way to establishing a true county library system consisting of several branch libraries, housed in buildings, not buses, they argued. Wahl credited Stillwater librarians Vera Maunsell and Marvel Old with planting that idea in her mind and coaching her as she developed a plan.

Wahl shared it with a small network of friends who were willing to learn together how to petition their government for improved services. They rounded up allies and developed a formal proposal to take to the county board. It involved making the Stillwater library the central hub of a countywide system that shared materials and staff. The county budget was running a surplus that they reasoned was big enough to accommodate their plan without a tax increase. The library proponents talked their way onto the county board’s agenda.

“We had people there from all over the county. We made a big presentation,” Wahl remembers.

Then the advocates were ushered out of the meeting room. No state open meeting law had yet been enacted to compel the board to deliberate and act in public. The presenters were not allowed to hear the discussion or witness the vote. All they were told when the meeting was over was that their proposal had been rejected.

Later, Wahl heard that several commissioners who had promised her their votes reneged under pressure from a local foundation that feared an expanded library would be its rival for federal grant money under the county’s control.

“It was after that I decided to go to law school,” she would say later. “I was tired of sitting outside of doors, with the doors shut, and them deciding.” Her anger ran deep enough to swell in her voice 50 years later.

It says much about Wahl that she would remember that moment as pivotal in her life. When she set a goal with the aim of benefiting others, she pursued it with intensity. She possessed a keen sense of democratic justice, and situations that offended that sense were highly motivating to her.

But like many epiphany stories, Wahl’s seems incomplete. It does not explain fully why this mother of four in her mid-30s, a dozen years after moving to Minnesota, would think life-changing thoughts in response to local male functionaries doing what similar panels of men had been doing through her whole lifetime–closing the door on women and exercising power as they pleased.

Something about that time in both her life and the nation’s history emboldened Wahl to head in a new, uncharted direction.

Excerpted with permission from “Her Honor: Rosalie Wahl and the Minnesota Women’s Movement” by Lori Sturdevant with a foreword by Sen. Amy Klobuchar, published by Minnesota Historical Society Press.

Laurie Sturdevant, a Minneapolis Star Tribune columnist, has written and edited several books of Minnesota history, including “The Pillsburys of Minnesota.”

Would you like to Send Along a Link of This Story? https://womensenewsp.wpengine.com/story/books/140628/rosalie-wahls-push-libraries-spurred-law-career 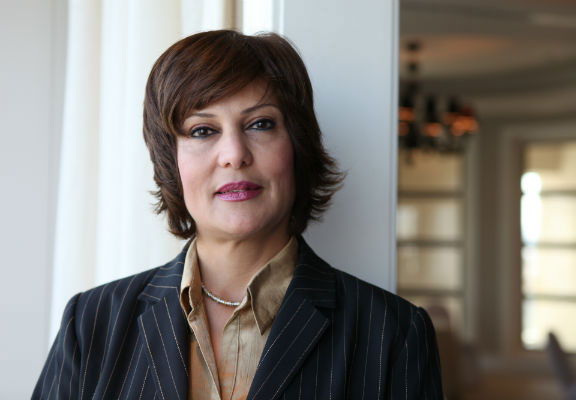 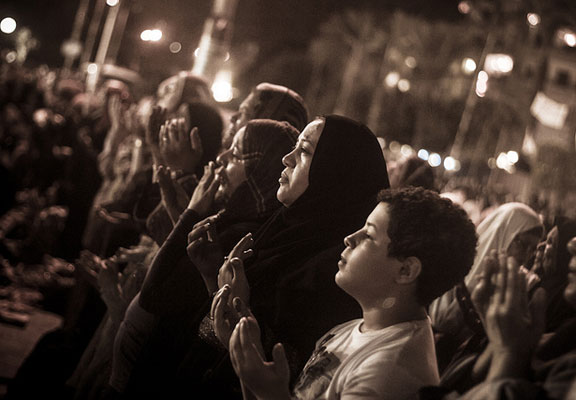