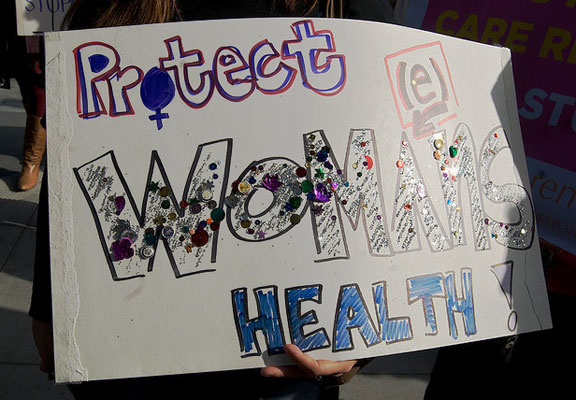 The Department of Health has said that the new guidelines only clarify existing abortion laws and there’s been no change in the role nurses and midwives have played in abortion since the 1980s. But activists are trading punches through the press and social media.

LONDON (WOMENSENEWS)–Government guidelines on abortion issued earlier this week that allow midwives and nurses to oversee medical abortion in the United Kingdom have inflamed debate over the procedure among politicians and campaigners from both sides.

“We simply cannot trust the Department of Health on abortion,” Labor MP Jim Dobbin, the co-chairman of the Parliamentary Pro-life Group, told the Daily Mail. “They take every opportunity to make life easier for the abortion industry, even on legally contentious grounds. The Abortion Act is crystal clear that a qualified doctor is the only person able to perform an abortion. Not satisfied with this, the department is now making nurses and midwives accomplices to the tragic taking of innocent human life. We are looking at a judicial review to challenge the legality of this appalling decision.”

The guidelines clarify who can provide what type of abortions under what circumstances. They say midwives and nurses can take the main role in performing medical, or non surgical, abortions.

Under previous guidelines, these health workers could undertake “certain actions” in helping to terminate unwanted pregnancies, but the new rules go further. They say a nurse or midwife can administer the drugs used for medical abortions, though doctors must approve abortions and remain in charge throughout, reported The Telegraph.

“Anything that supports an individual’s access to health care can only be a good thing and we fully support the Department of Health’s guidelines,” Genevieve Edwards, director of policy at Marie Stopes U.K., an international family planning organization, told Women’s eNews. “Over the years, we have seen nurses’ and midwives’ roles expand in many other areas of health care, and we were encouraged by the department’s confirmation that they may play a more active role in the treatment of a woman seeking a termination.”

The new guidelines also rule out abortions carried out on the grounds of the gender alone, reported the Daily Mail, and come at a time of controversy over the abortion law. Over 190,000 abortions were carried out in 2012 in England and Wales, according to the Department of Health, the lowest rate since 1997.

The Department of Health has said that the new guidelines only clarify existing abortion laws and there’s been no change in the role nurses and midwives have played in abortion since the 1980s.

But that does not satisfy anti-abortion activists such as Lord David Alton, a member of the House of Lords, England’s upper Parliament. “It is particularly perverse that midwives, who do the beautiful work of helping babies into the world, will now be called upon to end the lives of children they might otherwise work to save,” he told the Daily Mail.

Felicity Morse, social media editor at The Independent, shot back at Alton’s comment. “This is so patronizing it’s like it’s been squealed at from the 19th century,” she wrote. “Doctors are also trained to save lives and yet it is seen as acceptable for them to carry out abortion. This ‘doctor knows best’ attitude is pure medical patriarchy, something Tory MP Sarah Wollaston points out on Twitter. Midwives provide much more complex care than standing round beds as babies bounce from a womb into their arms. Alton is one step away from calling birth a ‘miracle.’ I suppose it is, yet I’d imagine there are many women who consider access to abortion and contraception pretty miraculous too.”

Those for and against the new guidelines also joined the debate on Twitter.

Midwives would make excellent abortion providers – we are ‘with women’ in all their choices http://t.co/qEVqac9TLn

Under U.K. law, an abortion can usually only be carried out during the first 24 weeks of pregnancy as long as certain criteria are met. In cases where there is a substantial risk to the woman’s life or fetal abnormalities, an abortion may be carried out after this time.

The 1967 Abortion Act–which covers England, Scotland and Wales but not Northern Ireland–says that two doctors must approve the termination (or one in an emergency) and the procedure must be conducted by a doctor. It also says abortions must be carried out in a government-approved hospital or clinic. In 1981, the courts gave approval for nurses to be involved, and Whitehall guidance restated the principle in 1999, according to the Daily Mail.

Giving midwives a central role in this procedure is nothing new, said Clare Murphy, director of external affairs at the British Pregnancy Advisory Service, Britain’s largest single abortion provider caring for over 65,000 women each year, in the Huffington Post U.K. She added that while abortion care will not be for all midwives, and the right to opt out of providing that care must always remain, it makes sense:

“Before the criminalization of abortion, midwives were traditionally exactly who women turned to when pregnant with a child they knew they could not carry to term. Today, most early abortions in the U.K. are effectively miscarriages induced by two sets of medication. Once a woman has had her request for an abortion approved by two doctors (a legal hurdle unheard of for any other medical procedure) midwives, or more often nurses, can dispense that medication and provide the clinical and emotional support she needs. They are often the people best placed to do this.”