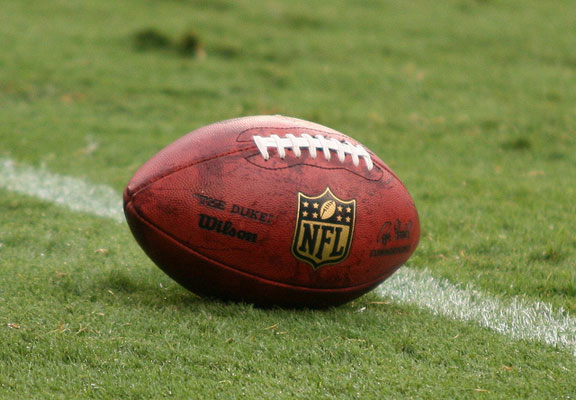 When I went to college, I discovered my love for football. But the #YesAllWomen discussion spurred me to write this open letter to the National Football League, urging action against the violent activities of men who are role models for so many kids.

I wasn’t the biggest football fan growing up. My mother couldn’t get through a single quarter of a game and my father, while a New York Giants fan, usually put the games on the back burner to spend time with family.

So imagine my surprise when I became passionate about the sport during my first year at the University of North Carolina, a school known for its great basketball and just-okay football. During the better-than-average season last fall, I was thrilled just to be a part of the crowd sitting in the student section.

However, sometime during the UNC season, my interest veered more towards the Carolina Panthers, a National Football League pro team. They represented everything that I loved about the sport: They were an underdog team, comprised of people who I felt like I knew, representing my home state. I loved sharing glances of acknowledgement with fellow Panthers fans on game day or debating teams at work during the season.

What caught my attention was not the glitz and the glamor of the game, it was the precision, the intensity and the incredible drive that this sport fosters. There is an undeniable elegance in football that is only heightened by the excitement and the passion that fills the arena during a game. It is so easy to get involved in football, which is what makes the potential fandom for the sport so inclusive.

But, listen NFL, I got to say it: you are screwing up, big time.

Crime in the NFL is no recent trend, but lately it feels as though criminal activity has increased in intensity and decreased in severity of punishment, especially when the act involves women.

Baltimore Ravens running back Ray Rice publicly apologized (kind of) for his Feb. 15 arrest — for beating his then-fiancee Janay Palmer unconscious — during a May 23 press conference. The apology was not directed at his wife, Palmer, to whom he did not apologize, but instead to the general public for his behavior (read: for getting caught). However, he valiantly stated that he was not a quitter and that this journey of harmful behavior would make him stronger. As if the charade wasn’t bad enough, Palmer then apologized for “the role that [she] played in the incidence,” her face looking more trapped than apologetic. After the press conference, Rice refused to take questions.

Fortunately for Rice, he will face no criminal charges for domestic assault, despite witnesses and video evidence, and the Ravens welcomed back with open arms.

He’s not alone. Take a look at Arizona Cardinals linebacker Daryl Washington, who in March was sentenced to serve a year of probation for assaulting the mother of his child in May 2013. His case is currently "under review" by the NFL, meaning that until further notice, he will not be penalized. To top it off, the assault felony will be legally demoted to a misdemeanor once he finishes probation.

"It’s different for Mr. Washington," Washington’s attorney Phillip Noland told USA Today. "Mr. Washington is a Cardinals player and part of the NFL. For that reason, the rules are different than for everybody else."

And let’s not forget about our very own Panthers’ defensive end Greg Hardy, who was charged with domestic assault after his girlfriend told the police that he threw her down onto a couch covered in guns. He left the Charlotte court house on May 14, the same day as the Panthers annual domestic violence awareness breakfast.

But, so what if this is true? How will these individual rulings affect people outside of the football world?

Football matters — and so does representation. In a sport that completely dominates fall network viewership, it doesn’t fly to ignore the illegal activities of men who are role models for so many kids across the country, especially because a large majority of those kids are young boys who will grow up to be young men.

The NFL recognizes its chance to change kids’ lives by being positive role models, and I am pleased to say that they donated $45 million in 2013 to USA Football, the national governing body for amateur American football, to continue its work.

But let’s take it a step further. NFL, I am tired of running interference for you, explaining to my friends why liking football doesn’t make me a bad feminist. It’s been proven time and time again that representation matters. It is admirable that you value your players — but it is destructive that you value them more than seeking justice for the trauma that has occurred.

In the face of the #YesAllWomen movement, it is clearer than ever: not some, but all women are harassed, abused, criticized, assaulted and more in one way or another. So this is a call for the NFL, an organization that I value and I know can make a difference in people’s lives, to stop being a part of the problem and start being a part of the solution.

The Carolina Panther’s slogan is "Keep Pounding," a motto that inspires commitment and dedication to eventually get the win. It is a motto that emphasizes strength above all else, and perseverance until the very end. I may not be a football expert just yet, but I do know a lot about these traits. I learned about them from the people around me — women who stand for change, men who don’t stand for violence, and everyone in between who stands to be heard.

So it is my voice, one that screams for both first downs and feminism, that vocalizes injustices within your organization, and it is my voice that calls the NFL to action.

I’m passing it to you.

Sarah Vassello is a rising sophomore at the University of North Carolina at Chapel Hill, where she is double majoring in journalism and women and gender studies. Outside of class, she is a staff writer for UNC’s independent newspaper, The Daily Tar Heel, in which she focuses on arts reporting. Aside from football, you can catch Vassello petting dogs, hiking, binge drinking coffee or watching shows with strong female characters. You can follow her on Twitter @sarahvassello.

Would you like to Send Along a Link of This Story? https://womensenewsp.wpengine.com/story/athleticssports/140612/dear-nfl-stop-fumbling-the-ball-sex-violence 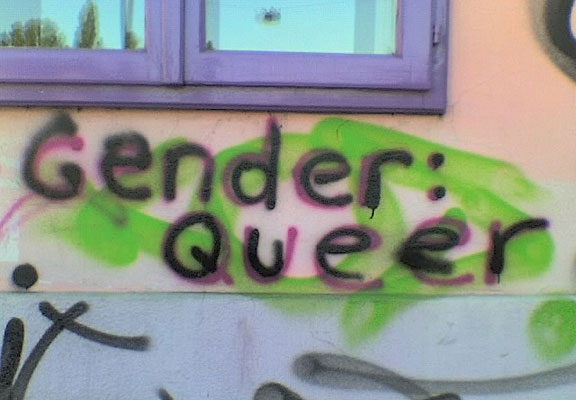 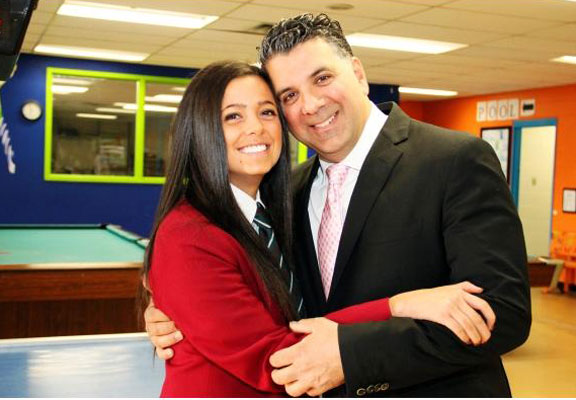 Activist Daughter Thanks Dad for Empowerment