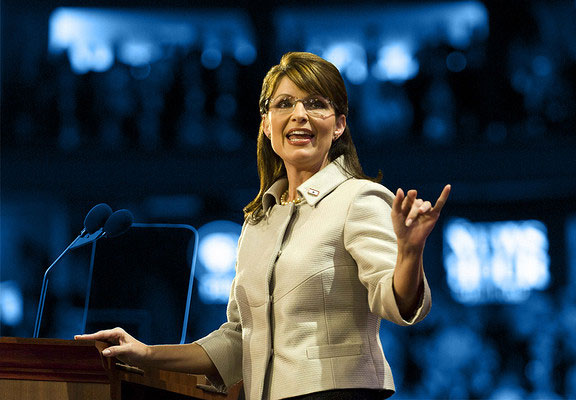 Though neither strategy worked, Clinton and Palin used a mix of feminine and masculine messages in their campaigns, say Regina G. Lawrence and Melody Rose in this excerpt from the anthology “Women and Elective Office.”

(WOMENSENEWS)–Viewed in isolation as the nation’s first female candidate with a strong chance of winning the White House, Hillary Clinton‘s 2008 campaign exhibits a complex gender strategy that mixed claims of gender neutrality with sometimes overt appeals to both stereotypically feminine and masculine traits. Viewed in comparison with another high-profile female candidacy, an even greater range of available gender strategies is revealed. In an analysis of selected speeches, interviews and advertisements from the campaigns of Clinton and Sarah Palin in 2008, we found clear differences in the way Clinton and Palin presented themselves and their candidacies. Clinton talked much more openly and directly about “women’s issues” such as health care and education, while Palin largely avoided these disfavored Republican topics. While Clinton talked about women’s equality, sometimes (for select audiences) recalling the unequal playing field she had faced as a young law school graduate or invoking the global struggle for women’s rights, Palin rarely if ever addressed the latter and emphasized instead her status as a member of the Title IX generation for whom gender discrimination is “irrelevant.”

Clinton positioned herself on the equality-based twin platforms of political experience and policy expertise and often deemphasized her own sex, while Palin self-consciously displayed traditional femininity. Often clad in stiletto heels, silk skirts and a trademark beehive hairdo, Palin embraced that most traditionally feminine justification for power– motherhood–as she showcased her large family, including her infant son, in her campaign appearances. Indeed, in her acceptance speech at the Republican Convention, Palin spent nearly a third of her speaking time introducing her husband and children, implicitly underscoring her values as a conservative woman and symbolically embracing the traditional role of women in the family. She commonly introduced herself to audiences by explaining that she “never really set out to be involved in public affairs,” and she described herself as having been an “average hockey mom” who went from the PTA to the governorship. Yet Palin also famously presented herself as an avid, camouflage-draped hunter–a contrast that few Republican voters seemed to have found jarring but that many Democratic voters may have viewed with disdain.

Yet Palin also gestured toward feminine solidarity, at least on one occasion, in terms more stark than Clinton employed. Speaking in California, she invoked the words of former Secretary of State Madeleine Albright, the first woman to serve in that office, to suggest that gender loyalty should cross party lines: “there’s a special place in hell reserved for women who don’t support other women.” Palin also overtly highlighted her feminine “difference,” perhaps most famously when she called on Clinton’s own language to draw attention to her historic role on the Republican Party’s ticket, offering to finish the fight Clinton had begun. “It was rightly noted in Denver this week that Hillary left 18 million cracks in the highest, hardest glass ceiling in America,” she told the crowd who attended the announcement of her selection, “but it turns out the women of America aren’t finished yet, and we can shatter that glass ceiling once and for all.” Defending his running mate’s credentials, Republican presidential nominee John McCain burnished Palin’s gender qualification during the final presidential debate, announcing that she was ” . . . a role model to women and reformers all over America.”

In other words, both women ran “as women” by some definition of that phrase, but each emphasized different aspects of gender–their own gender, the gender of voters and gendered policy issues–in ways that make sense given their different party allegiances. Of course, some of these differences undoubtedly reflect the personalities and life stories of two very different women. Given her own limited time in public office, for example, Palin could not have hoped to have laid claim to the same mantle of “experience” with which Clinton cast her own bid for office.

And some contrasts are due to the differences between running for the White House versus occupying second place on a presidential ticket; indeed, significant differences of gender–office congruency would seem to make the vice presidential post, with its “running mate” expectations, somewhat easier for a more traditionally feminine woman to persuasively embody. After all, one does not run independently for the vice presidency but rather is called to service. But the point here is simply that the different expectations of Republican versus Democratic voters opened different avenues of policy emphasis and personal presentation to Palin as a Republican candidate.

In the final analysis, any presidential candidate’s gender strategy is likely to be complicated, given the mutual demands today for candidates to display both toughness and some degree of human empathy. As the candidacies of Clinton and Palin demonstrate, those strategies can be quite complex and even somewhat contradictory; Palin’s pearls and camouflage contrast was at times matched by the Clinton’s campaign’s allusions to both machismo and motherhood.

It seems premature to predict what kinds of gender strategies will be most successful for candidates of opposing parties seeking the presidency. Ultimately, while toughness is a leading unstated credential for the presidency and Clinton was obliged to demonstrate it, in her particular case it seems to have backfired to some extent because preexisting narratives about her already framed her as overly ambitious. Though the campaign attempted to create a message conveying both “masculine” strength and “feminine” caring, the balance tipped as the campaign wore on to a much tougher fighter image infused with hypermasculine imagery, leaving us to wonder whether a campaign more grounded in a distinctly feminine voice might have succeeded. Meanwhile, Palin’s candidacy raises the question of whether Republican women–particularly of Palin’s generation and beyond–will find it possible, as Palin did, to occupy a longer stretch of the gender continuum.

Regina Lawrence holds the Jesse H. Jones Centennial Chair in the School of Journalism at the University of Texas at Austin. Melody Rose is chancellor of the Oregon University System. Rose is also a professor of political science at Portland State University, where she founded and directed the Center for Women, Politics & Policy. Sue Thomas is senior research scientist and director of PIRE-Santa Cruz. Clyde Wilcox is a professor in the government department at Georgetown.

Would you like to Send Along a Link of This Story? https://womensenewsp.wpengine.com/story/campaign-trail/140613/clinton-palin-gender-strategies-flopped-in-2008 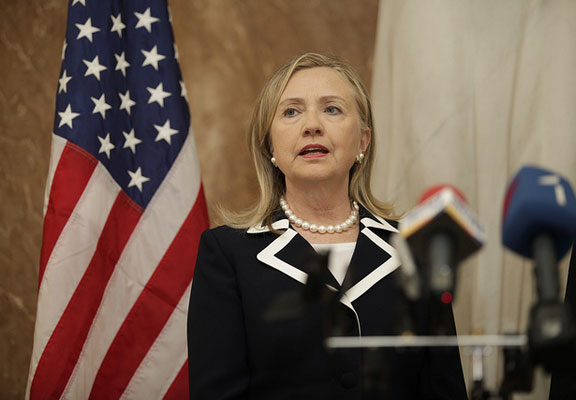 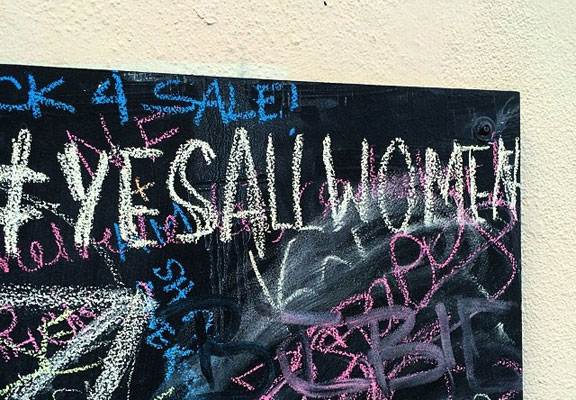