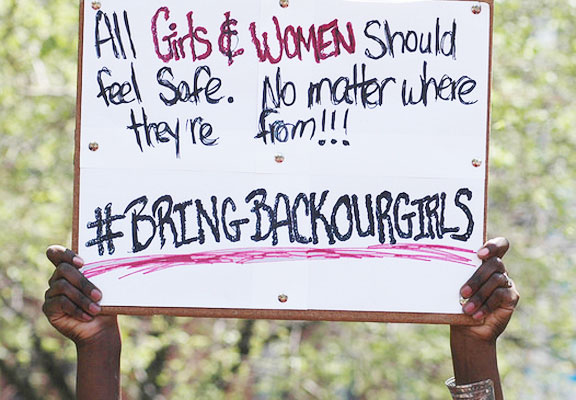 As delegates arrive in Nigeria for the May 7-9 World Economic Forum on Africa they are likely to run into protesters in the capital city of Abuja. Nigeria’s president has accepted a U.S. offer to help secure the students’ release.

(WOMENSENEWS)– Delegates headed to Abuja, Nigeria, for the May 7-9 World Economic Forum meeting on Africa are likely to run into protestersin the capital city of Abuja.

Reuters reported on May 6 that the military’s inability to find the girls in three weeks has spawned protests in the northeast, in the cities Abuja and Lagos, and the protesters are expected to make use of the international spotlight falling on Abuja as delegates jet in to the forum.

Nigeria’s president on Tuesday accepted an offer from the United States for help in searching for nearly 300 schoolgirls,  MSNBC reported May 6.

British Foreign Minister William Hague offered to help Nigeria secure the schoolgirls’ release, the Globe and Mail reported May 5. “We are offering practical help,” Hague was quoted as saying as he arrived for a Council of Europe meeting in Vienna to discuss ways to defuse the situation in Ukraine.

Maisu Segun, a Nigeria researcher for Human Rights Watch, expressed outrage on May 5 that Nigerian State Security Service agents had arrested two women–Saratu Angus Ndirpaya and Naomi Mutah Nyadar–who were leading protests that criticized the government of Nigerian President Goodluck Jonathan. They were arrested after an all-night meeting with his wife, Patience Jonathan, at the presidential villa in Abuja, the capital city. Segun writes that the two Abuja residents were originally from Chibok in Borno State, where alleged Boko Haram insurgents abducted 276 girls from the Government Girls Secondary School on April 14.

Activists on Twitter are pressing for more vigorous rescue efforts and congregating around the hashtag #BringBackOurGirls. Press columnists are also rallying international women’s rights activists to this cause. “As Western feminists, we have a duty to stand in solidarity with these girls, their mothers and their fathers,” Rhiannon Lucy Cosslett wrote in The Guardian on May 6.

Gunmen kidnapped eight girls from a village near a Boko Haram stronghold in northeastern Nigeria overnight, police and residents said on Tuesday, Reuters reported May 6. The abduction of the girls, ages 12 to 15, follows the kidnappings last month.

A leader of the Nigerian Islamist extremist group has said that the schoolgirls snatched from their dorms were “slaves” that he planned to sell in the market, the Guardian reported May 5. “I abducted your girls,” a man claiming to be Abubakar Shekau, the group’s leader, said in a video seen by the Guardian. “I will sell them in the market, by Allah. I will sell them off and marry them off. There is a market for selling humans.”

Clips of those claims are included in this Associated Press video.

Brad Myles, CEO of the anti-human trafficking group Polaris Project, told NBC News that the human trafficking market in Nigeria has been well documented in a series of reports by governmental and nongovernmental agencies, and the problem is by no means confined to the West African nation.

Reuters reported that an intermediary who has said Boko Haram is ready to negotiate ransoms for the girls also said two of the girls have died of snakebite and about 20 are ill. He said Christians among the girls have been forced to convert to Islam. The man, an Islamic scholar, spoke on condition of anonymity because his position is sensitive.

Would you like to Send Along a Link of This Story? https://womensenewsp.wpengine.com/story/prostitution-and-trafficking/140506/outrage-grows-at-boko-haram-seizure-schoolgirls 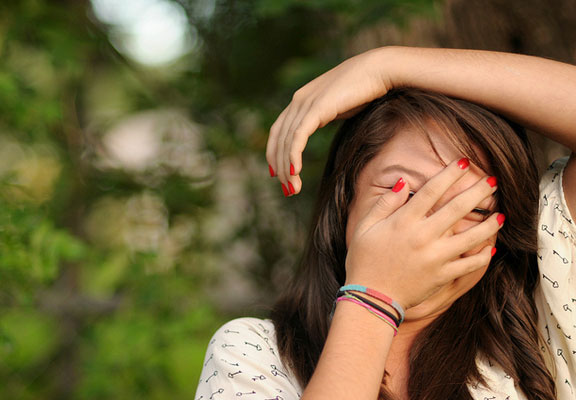 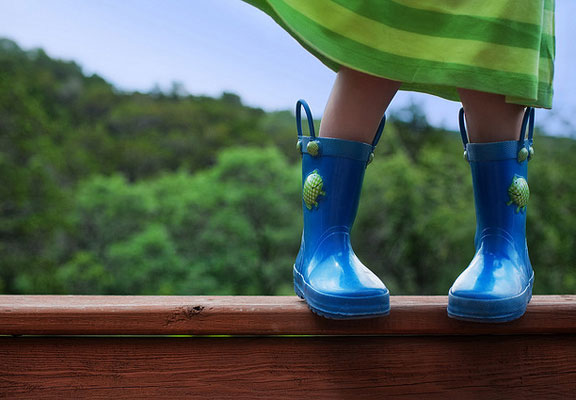