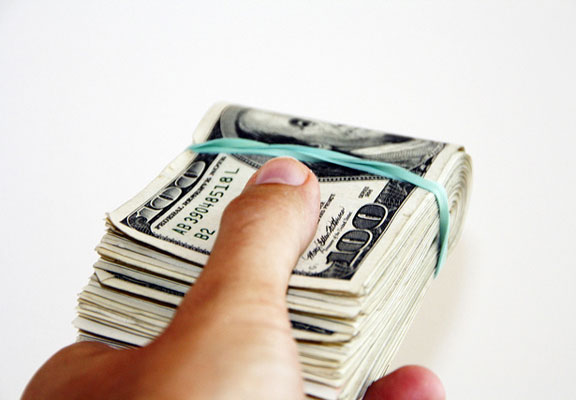 A new wave of social-change philanthropy is focusing on endeavors that run on a for-profit basis. The idea is to encourage a more businesslike approach to solving the world’s pressing problems and earning a return on investment in the process.

(WOMENSENEWS)–No one wants to throw good money after bad.

So here’s a recommendation for all you women out there who are busily donating more frequently than men to charitable causes: Consider investing in social-change undertakings that are run on a for-profit basis and give you a return on investment.

If you do, you will be joining a major money trend by some big investors to put “risk capital”–or money with no reliable outcome but plenty of upside–into endeavors that were once left up to the philanthropy or public sectors alone.

The Center for High Impact Philanthropy at the University of Pennsylvania, for instance, lists causes including early childhood education, maternal and child health, poverty, economic disparities, hunger and other issues that can be of special concern to women as possibilities for donors. The center announced earlier this month a $125,000 donation to Breakthrough, a New York-based international human rights group aimed at ending domestic violence against women.

To this same end, The White House recently hosted a conference sponsored by the Office of Science and Technology Policy in conjunction with Nexus for the young male and female heirs to the greatest American fortunes–Rockefellers, Pritzkers and others–to encourage responsible and effective philanthropy specifically targeting issues of concern to women, such as human trafficking.

Social investment funds are able to raise risk capital that is often coupled with human resources and business expertise. Impact investing takes the concept of “socially responsible” investing one step further. Rather than just vetting companies to ensure that investments are not exploiting workers or the environment, impact investments are in for-profit businesses addressing specific social issues and working toward the greater good.

For instance, Dev Equity, LP, where I am an investor, was created to enhance economic development in low-income countries. This firm manages long-term investments in capital and human resources for socially responsible small to medium size businesses.

One investment is a rent-to-own housing project in Choloma, Honduras. The program helps working families become homeowners. When I visited last October, almost half of the planned 3,000 homes were completed and occupied. There was a waiting list of more than 2,000 approved buyers. The community includes a shared park with a large playground, several soccer fields and a brick factory. This program will change lives.

The same equity firm also invests in an organic fruit processing enterprise in Nicaragua that exports dried pineapple, mango, banana and dragon fruit to the United States and Europe. The company focuses on the training and education of farmers, practices the highest standards of employment practices and has established strong distribution channels.

Certainly there are many other firms with the same agenda. SJF Ventures focuses on environmental impact in the United States; Vox Capital is financing innovative businesses that improve the lives of people in Brazil; and Microcredit Enterprises uses a unique model of guaranty financing to finance social impact oriented microfinance institutions in low-income countries.

An ever-present challenge remains quantifying social benefits as it can take years to observe these outcomes. For-profit models have to also ensure a financial return. Vigilant controls must be in place to achieve that balance of the two goals.

A successful model consists of maintaining two separate committees of experts not receiving the investments. One will focus on social impact and the other on addressing financial viability and revenue production. Each committee approves projects with stringent operational requirements.

Streamlining and improving the process of social impact investments creates the opportunity for the donor to make money while giving it away. Then everyone wins.

Dan Pallotta, author of the 2012 book, “Charity Case: How the Nonprofit Community Can Stand Up For Itself and Really Change the World,” pointed out in his TED talk that we have relegated the world’s social problems to the not-for-profit realm. Yet we have deprived nonprofits of the very mechanisms–investment in fundraising, marketing, talented employees–that would enable them to be effective.

Giving USA’s 2013 report (the latest available) indicates that Americans gave $316.2 billion to charity in 2012. While the giving rate has remained stable for the past 40 years, such gifts have barely moved the needle on such important social and economic issues as poverty and homelessness. Donations in this country have remained at 2 percent of the U.S. gross domestic product.

Certainly there are also limitations to for-profit ventures working to solve world problems. These include the difficulty of decision-making when balancing two bottom lines — financial return and social impact. Many social and cultural issues may interfere with producing income.

United Nations Foundation President and CEO Kathy Calvin said recently in an interview: “We’ve all learned that you can’t just throw money at a problem and solve it, you have to change the way you think about the problem. You have to think about new solutions, and you have to engage all kinds of players,” she said.

This is an important issue for women, who are 40 percent more likely than men to donate to charitable causes, according to a 2009 study by the Women’s Philanthropy Institute at Indiana University. The 400 richest American women, according to Forbes, account for $160 billion in wealth. Many on the list, from Anne Cox Chambers to Christy Walton and Karen Pritzker, are known for their charitable causes.

A new report out recently from Indiana University’s Lilly Family School of Philanthropy shows that in 2013 fewer than 2,000 individuals donated more than $19 billion to charities worldwide. The most generous donors were in the United States, where those 2,000 people donated more than $13.96 billion to charities. Though there is no gender breakdown in the first-ever international Million Dollar Donors Report, the largest percentage of million dollar donors were American, with the next largest group of donors coming from the United Kingdom, giving $1.35 billion.

Women are far less likely to give to political campaigns than men, perhaps then choosing to put their money into charitable causes. At the Johnson Center National Summit on Family Philanthropy in the summer of 2013, 14 speakers from foundations and trusts were women, compared to 10 male speakers in the plenary sessions.

If female investors think about social impact funding as a business, it may create the change you are looking for. The social challenges we face globally are enormous, but they also create opportunities for the most profitable type of investment.

Ann Lovell is a founding director and vice president of Women Moving Millions, a member of the Women’s Leadership Board at the John F. Kennedy School of Government at Harvard University and a Tucson Public Voices Fellow with The OpEd Project.

Would you like to Send Along a Link of This Story? https://womensenewsp.wpengine.com/story/commentary/140513/idea-female-donors-social-impact-investing 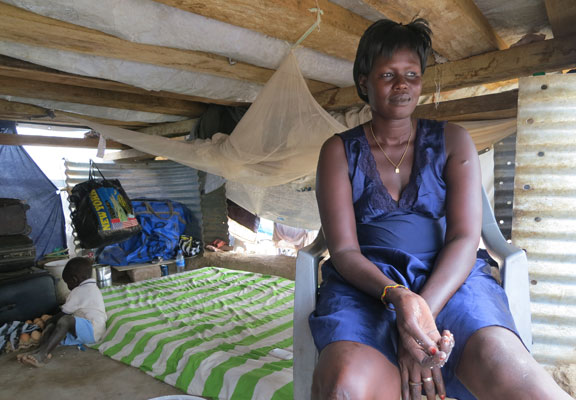