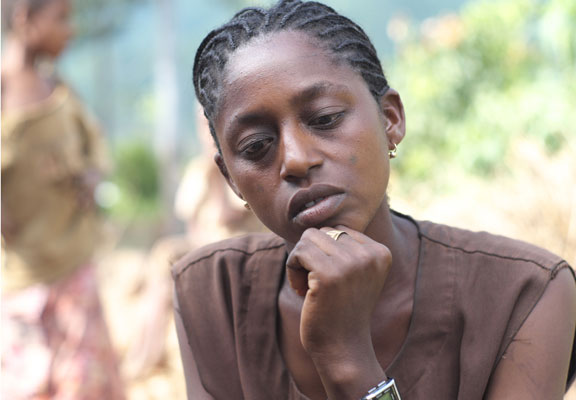 Ethiopia has a strong economy for sub-Saharan Africa but women disproportionately bear the burden of the country’s hardships. Through a micro-lending support group, our organization, Concern Worldwide, has found a way to help.

HOMA, Ethiopia (WOMENSENEWS)–Misrach Salgado, 28, had one toddler and was pregnant with her second child when something happened that would send a shudder through her tiny village of Homa and change her own life forever.

Her husband helped a friend abduct a young woman who the friend wanted to marry. As soon as the woman was brought into the friend’s home, she hung herself. Stunned, and hoping to hide what had happened, the men threw the woman’s body over a cliff near the village.

But herders found the body, uncovering the crime. The 270 households of Homa, some 235 miles southwest of Addis Ababa, the capital city, were horrified. Salgado’s husband, along with his friend and one other who had helped, was sentenced to life in prison.

Talking about it today, nine years later, Salgado’s face hardens and her eyes stare into the distance. She recounts the hardships that followed, including isolation in the village and hungry nights as she struggled to find a way forward. Eventually, she began to buy butter in the local market and travel to a larger nearby town to resell it, keeping whatever profit she could for herself. But she couldn’t afford to buy much more than about 4 to 5 kilograms of butter a week, so she only made a profit of between $2.50 and $3.50 weekly.

“To afford food for myself and my children was difficult,” she said, sitting on a wooden bench outside her small, round hut. “We were going hungry many, many nights.”

Her often desperate situation continued until just last year, when Concern Worldwide, the 45-year-old nongovernmental agency for which I work, stepped in.

Concern Worldwide, which is skilled at helping the world’s poorest people move sustainably out of poverty, reached into Homa to help Salgado and other strong, determined women like her help themselves.

Concern Worldwide offered the seed money for a 20-member women’s micro-lending support group. The women were given one-year, interest-free loans of $100 each in 2013, and one year to pay them back. They were asked to invest in businesses, meet bi-monthly as a group and contribute dues toward future loans. It is their determination that has made the project work.

With her purchase power boosted, Salgado began buying 100 kilograms of butter a week, and now makes upwards of $10 weekly. This year, having paid back the first loan, she took out a second for $150 and bought a cow as an investment and to help supply her family with milk. She can feed her family and even began providing her husband in prison with some small food items. And the women selected her to be the treasurer of their group, demonstrating their confidence in her and her rising status in the village.

“I used to feel I was worried all the time. Now I feel I am safe,” she said. “My children’s lives will be better than mine.”

Ethiopia has one of the strongest performing economies in sub-Saharan Africa. Still, about 29 percent of the population currently lives below the poverty line and it ranks 173 out of 187 countries on the United Nation’s Human Development Index.

Women disproportionately bear the burden of the country’s economic struggles, according to the U.N.’s Womenwatch. This is “mainly a result of the gender-based division of labor and lack of access and control over resources prescribed not only by tradition and culture, but also reiterated in the law,” it notes. For rural women, access to land and livestock is virtually impossible.

Poverty also means more infant deaths, undernourished children and lack of education. Observers have routinely noted how hard Ethiopians must work physically in an effort to keep their families afloat.

Thirty-year-old Dakutye Darcho, one of our borrowers, is a perfect example. When we ask her how she used her microloan she said she was eager to explain but couldn’t stop working.

So we meet in the hut that used to be her home and is now her “bakery.” She is barefoot and wears torn clothes. While we talk, she makes round after round of injera, a sourdough flatbread with a spongy texture that is a national food here. The work requires her to rotate her arm in a circular motion over a pan as she stands above a fire that she constantly feeds with dried grass.

Before her first $100 loan, Darcho and her husband served as middlemen for locally grown crops, usually maize and sweet potatoes, traveling to nearby villages to sell them in markets. When the loan came through, she began building a second home so the first could become her workplace. She, too, took out a second loan after paying back the first. She and her husband still sell the crops in nearby markets, but her family’s financial mainstay has become her injera bakery business.

“I can provide more nutritious foods and better clothes for my kids, and now I can buy their school supplies,” said the mother of five children, who range in age from 6 to 21. “Thanks to God, I really, really feel they are better off now.”

Her personal dreams have become larger too: once she completes their new home, she hopes to build another that she can rent out.

“I’m working all the time,” she acknowledged with a smile in response to a question. “But I don’t feel tired. I feel I am a strong woman now.”

Masha Hamilton is vice president of communications for Concern Worldwide and traveled with them to Ethiopia and South Sudan. She is the author of five acclaimed novels, the founder of two nonprofits and a former foreign correspondent for the Associated Press and the Los Angeles Times.

Would you like to Send Along a Link of This Story? https://womensenewsp.wpengine.com/story/entrepreneurship/140523/ethiopian-women-make-most-zero-interest-loans 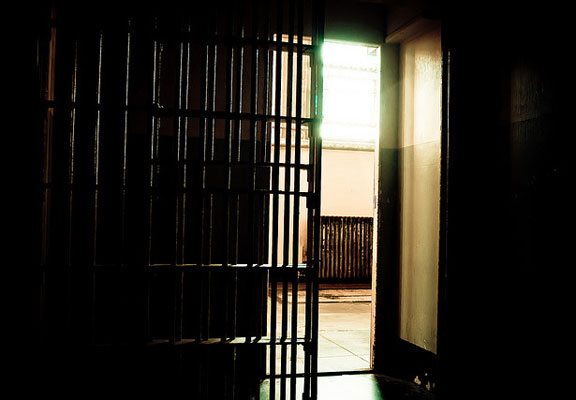 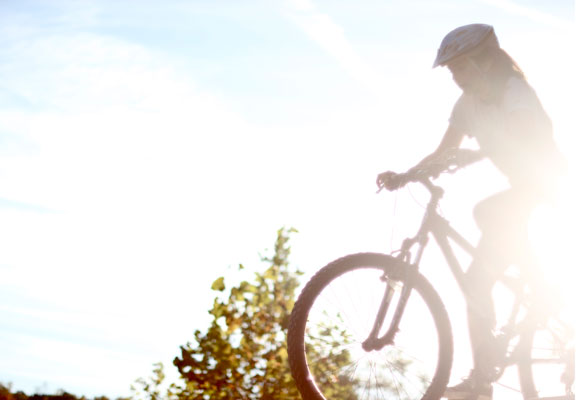