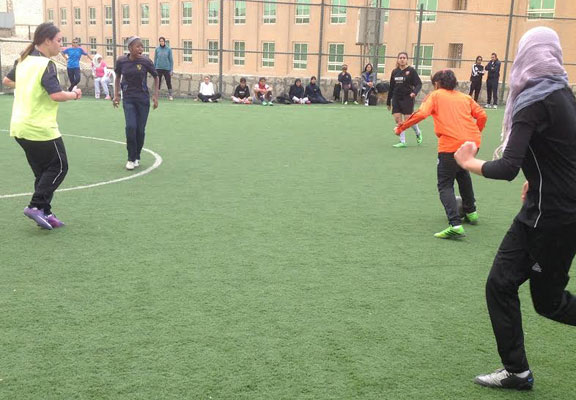 FIFA’s final approval on head coverings for players in international competition is energizing Arab female football (soccer in U.S.) players. In Egypt, many more players can now set sights on the World Cup for under-17 players in Jordan in 2016.

CAIRO (WOMENSENEWS)–In the Arab world, female football (soccer in U.S.) players and their coaches are celebrating the transformation of a two-year trial period for wearing the hijab, or headdress, during sporting events into a final regulation change in early March.

Mohammed Kamal, the manager of the Wadi Degla academy in South Cairo, has been looking forward to this decision by the international football association, FIFA, based in Zurich.

“Before, there was a kind of injustice since some of our players wearing hijab used to participate in the training, but couldn’t be part of some competitions,” Kamal said in an interview conducted in Arabic and held on a playing field at the academy. “From now on, they will not stay on the sidelines anymore.”

His academy, which wears yellow and black, currently trains 200 girls and is regarded as the national laboratory for Egyptian female football.

He says the ruling fits with the heterogeneous nature of Egyptian society and young female players. “Egypt is like Cameroon or Nigeria,” said Kamal, “a sport country which always produces talents. Among our girls here in Wadi Degla, we have Muslims, Christians, whites or blacks, girls wearing scarves or not. Basically, football is against any kind of discrimination.”

Here in the most populous country of the Middle East, the final regulation change will enable many more female players to emerge, said Sarah Abdallah, a defender on Egypt‘s national female team.

“I believe that wearing the hijab is a personal freedom,” Abdallah said in an interview at Wadi Degla. “FIFA‘s decision gives us the opportunity to fulfill our ultimate dream as a footballer, which is to play one day in the World Cup.”

On March 1, FIFA quietly ended a two-year trial period and lifted the ban on headdresses in a few sports, including women’s football. The new guidelines say the headdress should match the color of the jersey, which should have long sleeves. For safety reasons, pins are forbidden.

The move is considered pivotal for women’s football in the entire Middle East as it means Gulf teams, formerly always absent because they require Islamic attire, will be playing.

In 2016, for instance, the United Arab Emirates plans to have a team in the global competition for female teams with players under the age of 17, the U-17 World Cup. The games will be played in Jordan, the first country in the Middle East-North Africa region to host the under-17 competition, first held in New Zealand in 2008.

While warmly received in the Middle East, the new regulation is criticized in France, where critics say it could impose constraints on players whose parents will now want them to wear the hijab since it’s allowed.

Engy Atteya, captain of Egypt‘s national female team, brushes aside such concerns, saying most players have already learned to set their own rules inside their families.

“We shouldn’t have any fear for that,” Atteya said in an interview translated from Arabic and conducted at the Wadi Degla academy. “We are totally free, because most of us had to make our own revolution in our families at the beginning, so they could accept to let us play football. That was the most difficult hurdle with being accepted by the society.”

Following FIFA‘s historic statement, the French Football Association reaffirmed its rule against players wearing the scarf. That decision goes beyond France’s borders and affects players in countries such as Egypt where girls can be recruited to European teams.

‘It Will Take Time’

“Each country has its own rules and its own understanding of the facts, like France who is against the hijab” said Sahar Al Hawary, a committee member of FIFA who spoke with Women’s eNews at the Egypt Football Association’s headquarters building in Zamalek, central Cairo. “But I think when they will see that every country in Europe abides by FIFA‘s new regulation, because it is about development, France might follow. But it will take time.”

Many Arab players hope France will change its mind in time for the 2016 U-17 World Cup in Jordan.

The decision to allow the headdress was driven by FIFA‘s interest in boosting the number of girls playing football, said FIFA‘s Al Hawary. “So the international board of football had to deal with the ongoing situation and then began to discuss the hijab two or three years ago, especially when Prince Ali from Jordan joined the committee.”

In 2011 Jordan was supposed to host Iran’s women’s team for the 2012 Olympic qualifiers. However, the match was never played because Iran’s players showed up wearing the headdress, which broke FIFA regulations. FIFA wound up disqualifying Iran’s female team from the Olympics, triggering an international incident.

Female players in Egypt started breaking into the all-male football scene in 2006, after the country hosted and won the African Cup of Nations. Throughout the tournament, stadiums were packed and drew thousands of women.

In big cities such as Cairo and Alexandria, or in Upper Egypt villages like in El Sohag, girls started playing and the sport rapidly spread and became institutionalized. Today the country’s national female league has seven regional teams.

Frédéric Nkeuna, based in Cairo since 2009, is a sports correspondent for Radio France International (RFI) and TV5 in Egypt. He owns NYY Productions, an audiovisual company that produces programs about African sports. Follow him on Twitter @nyongha

Would you like to Send Along a Link of This Story? https://womensenewsp.wpengine.com/story/athleticssports/140411/world-cup-next-goal-soccer-teens-in-hijab 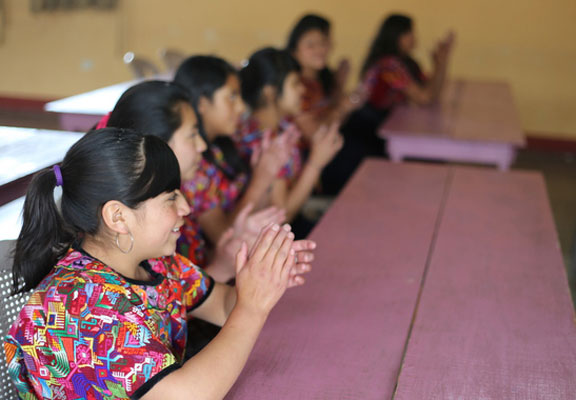 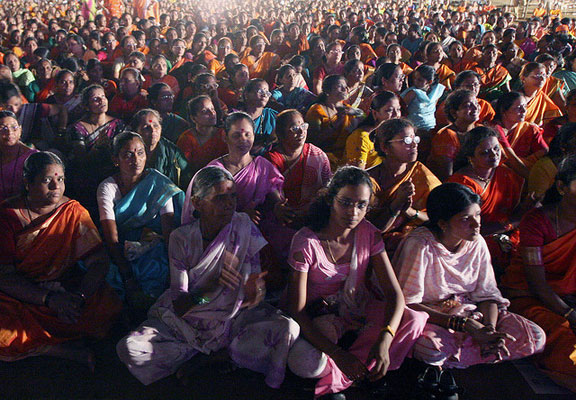