The workshops get young women who face their first jobs to think seriously about salaries. The big-picture focus is on narrowing a gender wage gap that last year left U.S. women–statistically speaking–working until April 8 of this year, Equal Pay Day, to catch up with men.

NEW YORK (WOMENSENEWS)–You are a college senior, set to graduate in just a couple of months with a 3.3 GPA. You have applied for a job as a public relations specialist. You have an impressive resume and several experiences and skills to bring to the table, and you’re thrilled to be back to discuss the final details, including salary and starting date.

Your prospective employer offers a starting salary of $44,000, but you’ve done your research and have established your own target salary of $53,000. What next?

To figure that out, nine college students–eight female and one male–gathered on a recent Thursday afternoon in Benedict’s Room, a large, sunny meeting space at the College of Mount St. Vincent in Riverdale, N.Y., and broke into pairs to play the role of interviewer and candidate.

As the applicants tried to get their target prices met, the inexperienced interviewers nodded along, trying to decide how to best stick to their own targets as the three instructors walked between the round tables monitoring the nervous, sometimes giggling attempts at bargaining. After the 10 minutes were over, each pair turned back to the front of the room to report their final salary. Some students were able to reach the higher end of the spectrum between $44,000 and $53,000, grinning as their interviewers admitted that they were good at negotiating. Others weren’t as successful.

The small session at this school, a longstanding Catholic liberal arts college, is part of a large effort to help female college graduates get a better career start.

A group called the Women Are Getting Even, or WAGE Project, plans these “Start Smart” workshops in conjunction with the American Association of University Women (AAUW), a nonprofit organization based in Washington, D.C.

The big picture focus is on helping to narrow the gender wage gap that last year left U.S. women–statistically speaking–working until April 8 of this year to catch up with male earnings in 2013.

A college-educated woman will earn $1.2 million less than her male counterpart over the course of her working life, according to the WAGE Project and AAUW.

On average in 2012, women from the age of 16 in the United States made 77 percent of what their male counterparts did. The state with the highest disparity was Wyoming, where women’s earnings were 64 percent of male earnings. Women’s wages were highest relative to those of men–at 90 percent–in Washington, D.C.

Future pay raises depend on your first salary, so it is vital for women to start at a good base because closing the gap once you’ve started is not easy.

The five-year-old partnership now conducts the workshops at between 350 and 400 college campuses across the country a year.

It’s an important effort because female college grads are prone to taking the first job they are offered, even if the salary is too low, says Annie Houle, national director of the WAGE Project, based in Brookline, Mass. “We’re being called upon by campuses who are realizing that these women are going out into the world and they need this kind of information.”

In addition to running the workshops, the WAGE Project trains facilitators from different states to spread its reach. Women are encouraged to participate at any campus, take part and in turn can hold workshops on their own campuses.

Maria Ellis, an AAUW member and one of the speakers at the Mount St. Vincent workshop, stresses the importance of applying to more than one position and being prepared for the interview. “If you’re not assertive and you don’t do your research and you don’t negotiate, it’s going to be expensive, you’re going to leave some money on the table,” Ellis says. “We want to encourage you to know your worth and to negotiate for it.”

A big message delivered at the workshop is to set your target and minimum price and know your value by researching salaries in the field.

“You can speak to others about salary, it’s not a taboo topic,” says Mary Logan, a member of the Pay Equity Outreach Group of AAUW-Westchester-NY and one of the speakers at the workshop. “The more you know the better.” In addition to researching salaries, Logan urges young women to find out about benefits and understand they are part of measuring a job’s value.

The tone in which you discuss your qualifications and how you match your employer’s needs is also very important, says Roli Wendorf, co-director of the Pay Equity Outreach group at AAUW Westchester, and a regional field manager for the Start Smart workshops in Southern New York and Connecticut.

You have to be persuasive, but pleasant, says Wendorf. “Women walk this tightrope,” she says of the balance between being perceived as too pushy or assertive and being a pushover. “It is not a fair yardstick, but it is something that women have to deal with.”

Learning to negotiate a fair salary is only one part of closing the college-educated wage gap, since, Wendorf says, biases persist on the part of managers. And research has shown that those biases keep women out of the highest-paying executive positions.

But college grads who are prepped for the first interview can at least get themselves off to a stronger start. To that end Wendorf says it’s important to let the employer make the first salary offer so the applicant doesn’t wildly undershoot what an employer might have in mind as a range.

If you are asked about your preferred salary before you’ve received a job offer, “you can say you would like a competitive salary, a fair salary, a market salary . . . a salary that is appropriate to (your) qualifications, something like that without saying the number,” says Wendorf.

“I learned a lot about things I had no idea about,” says Marina Hanna, a Mount St. Vincent freshman who attended the workshop. “I thought (the wage gap) was a tired statistic but now I understand that it’s really a problem these days and I think the only way for women to fix it is to be aware of what’s going on.”

Reem Zubaidi is an editorial intern for Women’s e News. She is a third year student studying journalism at Northwestern University in Qatar.

Would you like to Send Along a Link of This Story? https://womensenewsp.wpengine.com/story/equal-payfair-wage/140407/wage-project-preps-female-grads-smart-start 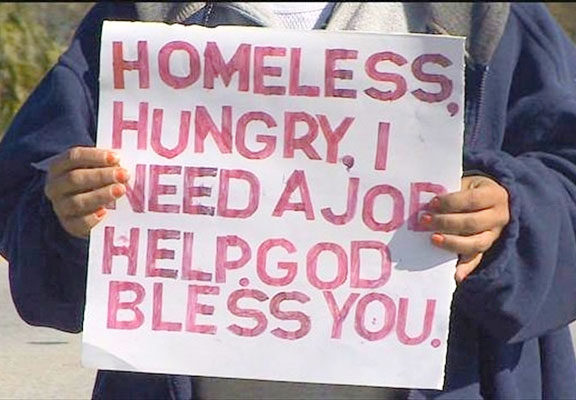 Big Apple Women Push to Get Out of the Red