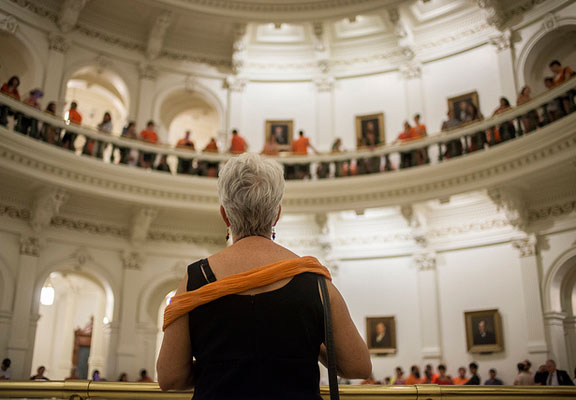 Battles over women’s access to abortion and contraception continue to rage in the state legislatures and court, with no clear trend of wins and losses. Also this week, two female journalists were shot in Afghanistan, one fatally.

Health clinics offering abortions in Texas planned to file a federal lawsuit this week to block a state rule that could shut down more than half of the state’s remaining providers, The New York Times reported April 2. If the clinics close it will force women in southern and western Texas to drive hundreds of miles or go out of state to obtain an abortion.

In West Virginia, Gov. Earl Ray Tomblin vetoed a bill that would have made it a crime to carry out an abortion after 20 weeks of pregnancy. Tomblin said the bill was a “detriment” to women’s health and safety, NPR reported March 29.

Arab women in traditional societies are utilizing the power and access of the Internet to create their own jobs, PolicyMic reported April 2. As of 2012, 40 startups have been launched from Business and Technology Incubator, the first incubator in Gaza, Palestine. Experts estimate that the percentage of Internet entrepreneurs in the Middle East and North Africa region is at 23 percent and in the Gulf it’s 35 percent. Women in Gaza are studying engineering at the same rate as men.

The campaign for the April 5 presidential election in Afghanistan is featuring women in a more prominent role than ever before, The Wall Street Journal reported April 2. One front-runner has a female running mate while another one has let his wife address campaign rallies.

Lebanon‘s parliament approved a draft law aimed at protecting women from domestic violence, The Daily Star reported April 1. Women’s rights activists have protested the removal of key clauses from the law, including that of the criminalization of marital rape. At least four women have died this year in Lebanon as a result of family violence.

Two Tunisian policemen were sentenced to seven years in prison after being convicted of raping a woman, Al Jazeera reported April 1. The defendants say they found the woman and her boyfriend having sex in their car before she was raped by the two officers. Last year, the public prosecutor’s attempt to bring indecency charges against the couple caused a storm of protest and a campaign of support for the victim.

Anne Hidalgo, the leftist deputy of the outgoing mayor Betrand Delanoe, has been elected as Paris’ first female mayor in run-off vote, RFI reported March 30. The socialist candidate beat her conservative rival Nathalie Kosciusko-Morizet, a former ecology minister and a protégé of former president Nicolas Sarkozy, with more than 54 percent of the vote.

Mississippi has become this week the 21st state to impose a limit on later abortion procedures after the approval of a 20-week abortion ban, Think Progress reported April 2. Despite a lack of scientific basis, lawmakers claim that this time period is important because beyond the 20-week point, fetuses can feel pain.

Meanwhile in Arizona, women will lose the ability to end an early pregnancy with a non-surgical method after a federal judge refused to block a law that restricts women’s access to the abortion pill, Think Progress reported April 1. Under Arizona‘s law, providers are now forced to administer the abortion pill in an outdated and less efficient way.

In Texas, a federal appeals court on March 27 upheld parts of a Texas abortion law pertaining to hospital privileges for physicians who perform abortions and protocols for abortion-inducing drugs, CNN reported.

Hillary Clinton said the “double standard” in how the media talks about women in public life is “alive and well” during a discussion on the opening night of the Women in the World summit, which kicked off on April 3 at New York City‘s Lincoln Center, ABC News reported.

The number of women who were unemployed in the United States climbed by 180,000 in March, according to data from the Bureau of Labor Statistics, CNS News reported April 4. In other words, the unemployment rate for women rose from 6.4 percent in February to 6.6 percent in March.

Two female journalists working for the Associated Press have been shot in Afghanistan while covering the elections, one of them fatally, CNN reported April 4. The Associated Press said the slain journalist was Anja Niedringhaus, 48, an internationally acclaimed, Pulitzer Prize-winning German photographer. She was shot in Afghanistan’s eastern Khost province. The second journalist targeted by the gunman was Kathy Gannon, a world-famous Canadian reporter based in Islamabad. She is said to be in a stable condition and is receiving medical care.

Sixteen women have filed a class action suit against Sterling Jewelers, which owns the Galleria of Jewelry and Kay Jewelers and is the largest retail jewelry company in the country by sales, Think Progress reported April 2. The women allege widespread pay, promotional and other gender discrimination in a case that, if certified, would give 44,000 current and former employees the chance to join and seek pay and punitive damage.

The Supreme Court watered down workplace protections from harassment in a recent five-to-four decision in Vance v. Ball State University, according to a report by the National Women’s Law Center. The court defined supervisors who direct daily work activities, but lack the power to hire and fire, as coworkers. Workers in low-wage jobs who are likely to report to lower level supervisors may have a harder time reporting incidences of harassment. In cases where they are able to do so, they have a higher chance of losing in court simply because the court held that their harassers were coworkers rather than supervisors.

Thousands of soldiers and others have signed a White House petition calling for the president to order the Army to reconsider just-released appearance and grooming regulations they contend are “racially biased” against black women, the Washington Post reported April 1.

Three men will be hanged after being convicted of raping a photojournalist in Mumbai last year, BBC News reported April 4. The men will become the first to be tried and convicted under a new law in India aimed at repeat sexual offenders.

The number of babies born to women over the age of 50 in United Kingdom has more than doubled in four years. There were 154 babies born to mothers in their 50s in 2012, a rise of a third in a year, the Daily Mail reported March 31. The dramatic increase in births to older women will deepen fears over the health of both the mothers and their babies.

Job postings seeking “assertive,” “independent,” “aggressive” candidates don’t attract women, according to a study, Time reported April 4. Instead, female candidates are drawn to ads looking for “dedicated” or “conscientious” people. Women are less likely to apply for a job that “sounds” like it’s meant for a man, according to the study.

“Honor Diaries,” a movie featuring nine Muslim women who speak about their experiences with honor practices such as forced marriage at young ages, denial of education and female genital mutilation, has been called “islamophobic” by the U.S.-based Council on American-Islamic Relations, Fox News reported April 2.

Would you like to Send Along a Link of This Story? https://womensenewsp.wpengine.com/story/cheers-and-jeers/140404/reproductive-health-battles-rage-in-states-courts 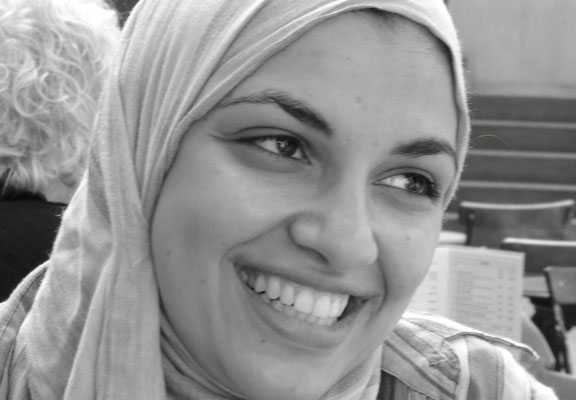