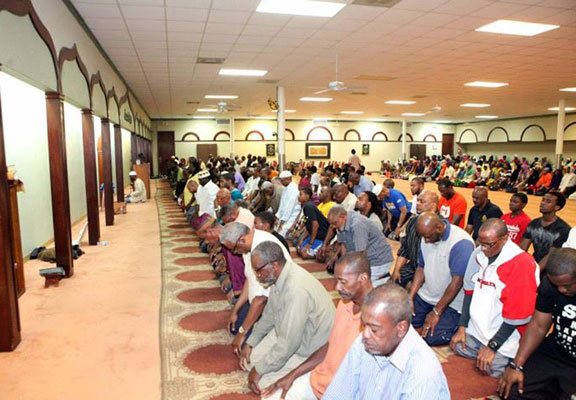 A social media project launched last year asks Muslims to compare the space their mosques offer women and men. Its founder says that every mosque she’s visited in the United States, Canada and Europe has a side or back entrance for women.

Credit: Courtesy of Side Entrance, photo submitted by the Atlanta Masjid of al-Islam

NEW YORK (WOMENSENEWS)–When Matea converted to Islam in December 2013 she looked forward to joining the life of her local mosques here. Today Matea, like many Muslim women, is disillusioned.

“When I first converted I wanted to be part of the mosque environment. But I went to mosques and what I found was sort of an unwelcome environment for women,” she told Women’s eNews during a discussion organized last week by Women in Islam, a New York-based organization working to empower Muslim women through knowledge and practice of Islam.

“The spaces are separated, there are different rooms and sometimes it was even in the basement,” Matea continued. “And as a convert, it feels very strange to you. I used to go to church and everybody is part of the same community. You can see the preacher. You can hear the sermon very well.”

Momentum is building to improve Muslim women’s prayer spaces inside mosques. Last year, Hind Makki, a resident of Chicago who describes herself as an interfaith educator and community activist, launched the Side Entrance project on Tumblr and Facebook, inviting people from around the world to share photos of the mosques they attend and show the differences between male and female prayer areas.

“We show the beautiful, the adequate and the pathetic,” says the Side Entrance’s introduction on Tumblr.

Makki hopes the Side Entrance website will help more Muslim men realize the terrible state of Muslim women’s prayer spaces and encourage them to join the women’s call for action and change.

In an email interview, Makki said the key to improving women’s treatment at mosques is to hold a broad discussion that includes religious leaders, mosque architects and lay Muslims.

“Every time I visit a mosque, I assume that I must enter through a side or back door, if I’m allowed in at all,” Makki said. “I assume that my prayer space is not the one that men use and that I must look for signs directing me to a basement or a mezzanine floor. This has been the case in nearly every mosque I’ve visited in the U.S., Canada and Western Europe.”

Not all mosques segregate women to a basement or a narrow, poorly maintained prayer area.

“My default is to assume that immigrant-origin Middle Eastern and South Asian Sunni mosques are not going to be welcoming to women,” she added.

Due to their different understanding of Islamic texts, African American mosques following Imam W.D. Muhammad are the least likely to use dividers (10 percent) compared to other African American mosques (68 percent), according to the report No. 3 the American Mosque 2011 Survey, which focuses on women in mosques in the United States. However, about 70 percent of Arab mosques, mixed South Asians and others have curtains to separate women from men.

Makki realized the importance of the issue during the month of Ramadan in 2012 when one of her friends was kicked out of a mosque for praying in the second men’s prayer hall. Since the women’s prayer space, which was located in the basement, smelled of mildew and the air conditioner wasn’t working, her friend, and a few other women, decided to pray in the last rows of the men’s second prayer hall.

“She wasn’t even praying in a mixed-gender line,” said Makki in the email interview. “That didn’t go over so well. The imam threatened to call the police on them if they didn’t leave the premises.”

Muslims are divided about the need for sex separation during prayers. Some argue women have no place at the mosque and should stay home, or at least be physically separated from the main prayer area. Others argue that women are welcome in the same space.

“There should be no enforced barrier,” said Cyrus McGoldrick, executive director at Majlis ash-Shura of Metropolitan New York, also known as the Islamic Leadership Council.

McGoldrick points to the prayer room of the Islamic Center of New York University in Manhattan, where women pray behind the men in the same space. A small divider is installed for the women who prefer to be hidden.

McGoldrick said the Prophet Muhammad made no requirement to have women physically separated from the men’s area during prayers. “I think when you authenticate what the practice of the prophet was and his community, you see that we are very far from it.”

That echoes the U.S. Mosque Survey 2011. “During the time of the Prophet Muhammad, women prayed in the same area as men, in rows behind the male assembly,” the report says.

Yet, many mosques in the United States continue to physically separate women from the main prayer area, according to the U.S. Mosque Survey 2011, which was distributed at the March 28 event.

“Between 1994 and 2000, the percentage of mosques that used curtains or dividers to distinguish women’s spaces increased from 52 percent to 66 percent,” says the document. In 2011, the figure didn’t change: 66 percent of mosques were still using a divider.

Aisha Al-Adawiya, one of the authors of the third report of the U.S. Mosque Survey 2011 and founder of Women in Islam, is highly concerned because she says women are losing motivation and that is bad for the religion. “There is a downwind trend within the Muslim community where women have simply stopped going to the mosque and as a result their children are not going to the mosque.”

Women are particularly discouraged from going to mosques on Fridays, the day for the congregational Muslim prayer when space is limited and arguments against women’s participation are used to prevent crowding, authors of the report found. And when women feel unwelcome they may prefer to stay home to pray.

Farida Kabir, who lives in Brooklyn, only started going to mosques two years ago. Before that, her family members, who are from Bangladesh, told her that women don’t go to mosques.

“They always told me to stay at home, especially my dad,” Kabir told Women’s eNews on the side of last week’s discussion. “He was telling me that women don’t go to masjid (mosque). You stay and pray at home and that’s how it should be. That’s how I grew up.”

When she finally went to a mosque two years ago after she was married she felt unwelcome. “A man told me this is not the place to be, come back another time!”

Mosques are always open during prayer times but some stay open all day so Muslims can pray at any time of the day. The general understanding in Islam is to never turn a worshipper away.

The American Mosque Report 2011 found that mosques with women on their boards are less likely to use dividers between the sexes during prayer and have higher female attendance; 20 percent versus 13 percent at mosques that do not allow women on the board.

The problem of providing women with good prayer space is sometimes explained as a budgetary issue but Makki said it’s more a matter of attitude.

“If a community is ideologically opposed to providing women access to sacred space, it doesn’t matter how big their budget is–women will not have equitable facilities,” Makki said. “If a community believes it is the prophetic tradition to provide women access to sacred space, even if their budget is tight, they will find a way to equitably accommodate female congregants.”

Would you like to Send Along a Link of This Story? https://womensenewsp.wpengine.com/story/religion/140402/mosques-relegate-womens-prayers-the-basement 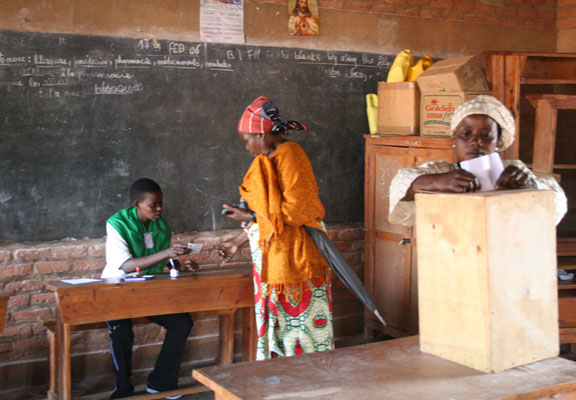 Rwanda 20 Years Later: a Media Guide to the Women