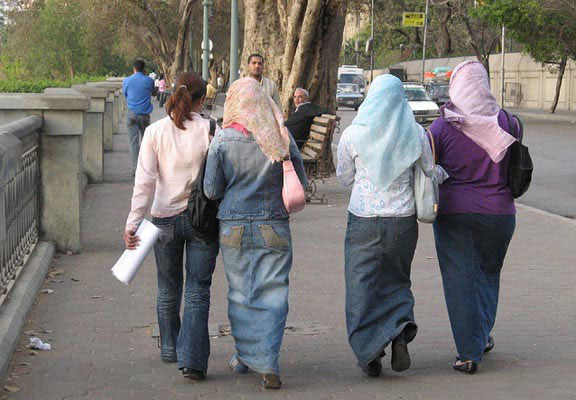 A petition has been delivered to the Ohio State Legislature demanding an end to a rape-related law. Also this week, a sexual harassment case in one of Egypt’s largest universities has sparked outrage after the school’s dean blamed the woman’s outfit.

Three Ohio college students delivered on March 19 a petition to the Ohio State Legislature in Columbus demanding an end to laws that allow rapists to sue survivors of their crime for custody and visitation rights to children who result from the crime. The petition launched by Ultraviolet gathered nearly 60 000 signatures. Ohio is among the 31 U.S. states that allow convicted rapists to sue survivors of the crime for custody and visitation rights of children conceived by rape.

Habiba Sarabi is the most prominent woman running on a ticket in the April 5 election to choose a successor to Afghan President Hamid Karzai, the Associated Press reported March 18. Sarabi once served as Afghanistan‘s first female governor, and her current bid to become Afghanistan’s first female vice president is part of an effort to get out the women’s vote as candidates scramble for every ballot.

President Barack Obama talked with female college students about how to expand their economic potential during a visit at Valencia College in Orlando, Fla., the New York Times reported March 20. In his address, the president emphasized his administration’s efforts to give more women access to higher education and to promote equality in the workplace, a White House official said.

A federal judge on March 14 struck down Arkansas‘ attempt to ban most abortions beginning 12 weeks into a woman’s pregnancy, saying viability, not a heartbeat, remains the key factor in determining whether abortions should be allowed, the Associated Press reported March 15.

A case of sexual harassment in one of Egypt‘s largest universities has sparked outrage after the school’s dean said the woman’s outfit triggered the incident, The Daily Star reported March 18. In a video that has gone viral on social networks, Cairo University security guards escort a student wearing tight black pants and a long sleeved pink top after she hid in a toilet from dozens of male students who were sexually harassing her.

Pakistani Prime Minister Nawaz Sharif has reportedly given his approval for the removal of a law banning underage marriage, as well as a law regarding the second marriage of a man with the permission of his first wife, India Today reported March 13. Sharif’s move comes two days after the Council of Islamic Ideology decreed that laws on the minimum age of marriage were not in line with Islam and that children of any age can be married.

A draft law in Iraq that sets out rules to do with inheritance, marriage and divorce faces opposition from activists and religious leaders, Middle East Online reported March 18. Opponents argue that the bill represents a step back for women’s rights, in particular citing a clause that allows girls to divorce at the age of 9, meaning that they could conceivably marry earlier.

A Mormon women’s group pushing for gender equality was informed that its members won’t be allowed to protest on church property at the faith’s upcoming conference, Fox News reported March 18. Despite the notice, the group, Ordain Women, says members intend to march into Temple Square and ask to be allowed into an all-male priesthood meeting April 5, reprising a similar protest from last year.

New York City Police Officer Akema Thompson was denied an opportunity for promotion to sergeant when the city refused to re-schedule a promotional examination that she missed because she was in the hospital recovering from the birth of her baby, Legal Momentum stated March 17. New York City’s Department of Citywide Administrative Services allows for exams to be rescheduled for many other conflicts, but has routinely refused to reschedule for issues due to pregnancy or childbirth. Legal Momentum has filed a charge against the City of New York on Thompson’s behalf.

An Army general, Brig. Gen. Jeffrey Sinclair, who admitted carrying on a prolonged, turbulent affair with an officer under his direct command and having improper relationships with two other women, was reprimanded and fined $20,000 by a military judge but spared a jail sentence, The Washington Post reported March 20. A judge on March 17 accepted a plea deal in this high-profile case. The deal dropped the sexual assault charges against Sinclair in exchange for his admission to other, lesser violations of military law.

Afghanistan needs more female judges and prosecutors to improve women’s access to justice, a report released this week said, Thomson Reuters reported March 18. A survey by the International Development Law Organization found that in 2013 women made up just over 8 percent of the country’s judges, 6 percent of prosecutors and less than one-fifth of lawyers.

A judge acquitted a former Naval Academy football player of sexually assaulting a drunken female midshipman, one of a number of sexual misconduct cases roiling the U.S. military, Reuters reported March 20. The incident was said to have occurred at an off-campus party in April 2012.

Kathleen Rice, the Nassau County district attorney in New York, discussed her motivations for seeking a seat in the U.S. House of Representatives in the New York Times on March 20. She announced her decision to run after a call from Carolyn McCarthy, the current representative for New York’s 4th Congressional District who plans to retire.

Detroit has identified about 100 serial rapists and 10 convicted rapists after looking at 11,000 kits that were found abandoned in a Detroit Police storage facility in 2009, Feministing reported March 17. Only 1,600 kits have been processed so far. Those perpetrators have moved on from Michigan to commit similar crimes in 23 other states, according to Wayne County Prosecutor.

For young women who qualify for subsidies, the free benefits of health insurance offset the cost of paying for it, according to a new analysis from Nerdwallet, a consumer financial education site, The Atlantic reported March 18.

The Republican National Committee is aiming to improve its image among women and minorities across the U.S. with a new cable television ad, The Huffington Post reported March 17. The 30-second ad features six women and men from different ethnic groups announcing that they vote Republican for various reasons, including "religious freedom," anti-abortion values and support for a strong military.

Replacing a male CEO with a woman improves a company’s profitability, a study of thousands of family-owned firms in Italy conducted by Mario Daniele Amore of Bocconi University in Milan found. The effect becomes more pronounced as the proportion of women on the board of directors increases, according to the study. Overall, the more women on the board of a female-led firm, the more profitable it is likely to be.

Would you like to Send Along a Link of This Story? https://womensenewsp.wpengine.com/story/cheers-and-jeers/140321/ohioans-protest-rape-law-egyptian-victim-blamed 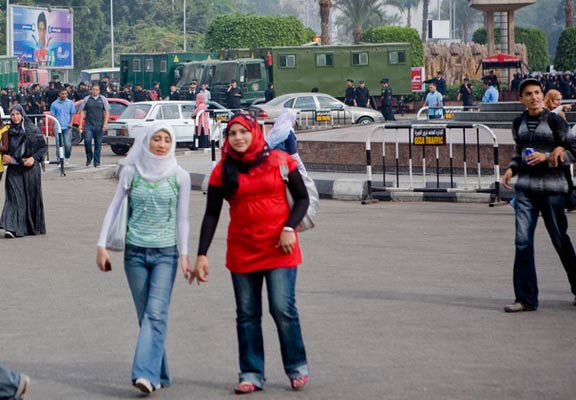 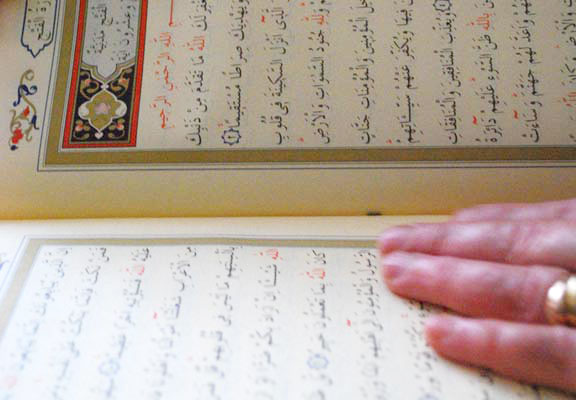