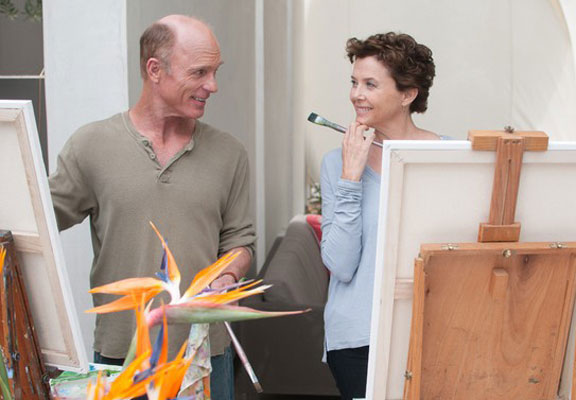 Some winners: “The Face of Love” starring Annette Bening, “On My Way,” with Catherine Deneuve, and a superb documentary about the secret life of a Chicago nanny that opens later in the month.

NEW YORK (WOMENSENEWS)–Out with the old Oscar season and in with the new! March opens the starting gate for next year’s race and this month’s releases include extraordinary performances by Annette Bening and Catherine Deneuve and a superb documentary about female photographer Vivian Maier. Winners, all!

“The Face of Love” stars Annette Bening as a widow who cannot stop mourning her beloved until she meets a man (Ed Harris) who looks exactly like him, and falls in love anew. She can’t figure out whether she loves this new man as her dead husband’s double or as his own person, but she does know that he makes her deliriously happy. He adores her and needs her affections to be for him, in the present, and not spurred by remembrances of past romance. As unlikely as this plot may seem, Bening and Harris’ beautifully nuanced performances make it work. What’s the outcome? No spoilers here; see the film and find out for yourself.

In “On My Way” Catherine Deneuve is divine as Bettie, a 60-something former beauty queen whose life is in turmoil. Her lover has left her, her elderly mom berates her, her dysfunctional daughter is estranged and the family business is going belly up. She decides to escape her woes by taking a road trip, and winds up driving across France, with her grandson in tow. Director Emmanuelle Bercot, who also co-wrote, delivers an utterly charming buddy adventure in which episodic encounters add up to a big breakout for Bettie.

“Shirin in Love” is also about self-discovery and claiming personal freedom. Set in Los Angeles, the story revolves around a young Iranian-American woman (Nazanin Boniadi). She lives with her conservative family and is engaged to a successful Beverly Hills plastic surgeon, who is also Iranian American and is deemed by her parents to be an ideal match. But, she meets and falls head over heels in love with a random guy – not Iranian American, and living in a lighthouse, to boot – and must figure out what she really wants from life. The plot, characterizations and dialogue may be predictable, but the film offers a reasonable exploration of a situation faced by many young women of all ethnicities.

Tyler Perry’s “The Single Moms Club” is less authentic. In it, stressed out single moms who meet at a day care center form a support group. They take turns minding the kids while the others cavort, offer each other advice (mostly about sex) and get involved in every stereotypical single mom situation imaginable. Amy Smart, Nia Long, Wendi McLendon-Covey and Cocoa Brown star, and they deserve better material. If you like formulaic lass sass, this one’s for you.

“Veronica Mars” stars Kristen Bell in a feature-length mystery based on the popular TV series, on air from 2004 to 2007, in which she played a teenage detective. Now grown up, living an urban life and working as a lawyer, she returns to her hometown to solve a murder case in which her former beau is implicated, and attend her high school reunion. Co-written by Diane Ruggiero, the script’s spin on the series should delight Mars/Bell fans and even initiate some new ones.

“The Den” spins a horror tale out of a thread of Webcam chats. While Elizabeth Benton (Melanie Papalia) is researching Webcam user habits, she witnesses a gruesome murder online and subsequently finds herself threatened with a similar fate. The genuinely scary thriller belongs to what’s known as the “found footage” genre, where staged events are presented as “real” incidents that were “discovered” by the filmmakers or characters in the film. It will make anyone wary about engaging with strangers on the Internet.

“Finding Vivian Maier,” a documentary by John Maloof and Charlie Siskel, reveals the secret life of a Chicago nanny, and it defies stereotypical assumptions. While corralling her young charges around the city, Maier documented street life with extraordinary photographs; more than 100,000 of them. They were unknown until 2009, two years before Maier died at age 83, when co-director Maloof discovered the cache of brilliant images. Thank goodness! Maier, her photos and this film are treasures not to be missed.

“Divergent,” also set in Chicago, is based on the first novel in Veronica Roth’s trilogy about the dystopian future. Shaliene Woodly plays a teenager who resists conforming to the social set — one of five prescribed personality types — to which she’s been assigned by authorities. She fearlessly battles to remain free to be herself. Co-authored by Vanessa Taylor, the gripping script, fleshed out by Woodley’s terrific performance, sets “Divergent” on track to becoming a three-part hit franchise. You might as well get on board now.

In “Stay,” written and directed by Wiebke von Carolsfeld, a young woman (Taylor Schilling) and her older-yet-unsettled lover (Aiden Quinn) struggle to come to terms with her unexpected pregnancy. Based on Aislinn Hunter’s novel, the film delves deeply into the drama of a May-December relationship burdened with heavy psychological baggage. Boldly brave yet subtly nuanced performances make “Stay” a film with lasting emotional impact.

“Nymphomania: Part One” is the latest from Lars von Trier, and it is as darkly disturbing and dysfunctional as his other recent films. Charlotte Gainsbourg plays the tortured protagonist, a self-diagnosed nymphomaniac who reveals all to a man (and to us, of course) who rescued her after a severe beating. If you can stomach Part One, you may crave more. Part Two is due out in April. But, frankly, “Nymphomania” the first is quite a lot to . . . bare.

“Cesar Chavez” is the second film directed by Diego Luna. A compelling, respectful and beautifully realized narrative, the feature is about the great social and political activist who nonviolently revolutionized America’s farm industry by unionizing migrant workers and convincing consumers worldwide to boycott American-grown grapes until field workers were given decent pay and tolerable working conditions. This biopic about Chavez (Michael Pena) is all the more inspiring because it equally recognizes the contributions of his wife, Helen (America Ferrera), and co-unionizer Dolores Huerta (Rosario Dawson), both of whom were Chavez’s partners in activism. A must-see!

“Breathe In,” another May-December romance, casts Felicity Jones as a young British pianist who comes to a rural New York town to study, and becomes emotionally involved with her teacher (Guy Pearce), who just happens to be married. Genuinely tender performances save the film from devolving into dramatic mush, but if you’re looking for greatness, it’s not found here.

Would you like to Send Along a Link of This Story? https://womensenewsp.wpengine.com/story/arts/140305/next-years-oscar-favorites-already-the-march 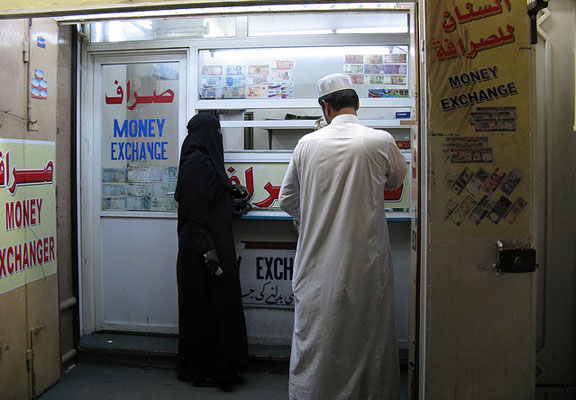