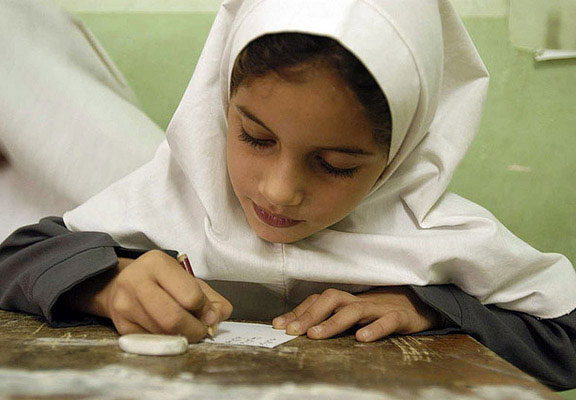 In Iran, Keep Your Eye on Jump in Female Literacy

The Islamization of society in Iran may have been designed to resurrect the image of the time-honored Muslim woman. But the single-sex schooling it brought about shows signs of enormous success and may have had an opposite and hugely empowering effect.

(WOMENSENEWS)–One popular narrative of women in Iran over the last 40 years goes like this:

During the Pahlavi monarchy, women were on an upward trajectory. In a nation on the cusp of modernity, women actively participated. They were given the right to vote, and were free to be in public without veils; they wore miniskirts on university campuses. Then came the Islamic Revolution. With Ayatollah Khomeini at the helm, the burgeoning freedoms for women were extinguished. The veil was required and institutions were segregated by gender.

The one thing with popular narratives is that despite their convenience and some approximation of reality, the real story is often more complicated, more unexpected and less tidy.

I must emphasize from the onset that everything in my background would lead me to adhere to the more commonly understood situation of women in Iran.

Born in Tehran, I was forced to leave at the onset of the 1979 Islamic Revolution, as three generations in my family served as cabinet ministers under the Pahlavis. I have not returned since.

When I initially began to research the history of the women’s movement in Iran for my doctoral thesis at Columbia University, I was struck by how they were one of the biggest supporters of Khomeini, and a contributing factor to the collapse of the monarchy.

As an Iranian woman, this information appeared counterintuitive and difficult to reconcile, given that the Pahlavi regime was solely responsible for emancipating the Iranian woman.

In dissecting a complex social and political landscape, the indelible imprints of a not-so-distant past unveiled an inconvenient truth: As a complete unintended consequence, the seemingly patriarchal mandates under Khomeini, intended to establish a chaste atmosphere, may have inadvertently empowered women. This could be particularly true for those traditional women who felt alienated and disconnected from the Pahlavi’s visionary, yet disruptive, tides of change favoring the adoption of a Western lifestyle.

Case in point: In the three and a half decades since the Islamic Revolution, there’s been an unprecedented surge in female literacy and a passionate feminist movement during a most unexpected era.

On the eve of the revolution, the overall literacy rate for the female population in Iran stood at just over 35 percent. In 2007, it was an astonishing 80 percent.

Iran currently exhibits one of the highest female-to-male ratios at the primary school level among all sovereign nations.

The trend towards feminization additionally extends to higher education, where women have begun to outnumber men by a ratio of 127/100.

Evidence suggests that a key factor at play in all this was the eradication of coeducation.

While no studies have been conducted on this subject in Iran, a plethora of studies in Western nations since the 1990s suggest single-sex schools lead to increased confidence, academic engagement, class participation, higher levels of achievement, a stronger sense of identity, as well as better performance in math and sciences. In many ways, for young women born and raised in a patriarchal society, the benefits associated with this type of learning environment are priceless.

Amid this flourishing of women’s literary empowerment, the veil, hailed by the late Khomeini as the “flag of the revolution,” has lost its initial allure. In a recent interview, his granddaughter Zahra Eshraghi stated “I am sorry that the chador (veil) was forced on women. People have just lost their respect for it.”

Reinterpretation of the Quran

One of the most positive outcomes of this extraordinary transformation has been a commitment to reinterpreting verses in the Quran used to justify the inferior position of women.

This gathered momentum during the presidency of Mohammad Khatami (1997-2005) and brought to the forefront the ambiguity of such passages. That helped to demonstrate–for the first time since the advent of Shiite Islam in the 16th century–that Islam is able to evolve and adapt to the demands of time.

This phenomenon in and of itself brings an important distinction to the surface: Although the Islamic Republic appears to function under the same banner, in reality it cannot be categorically viewed as one cohesive entity, especially where women are concerned.

This evolutionary passage is undoubtedly the hallmark of a calamitous interlude, and a rite of passage solely earned by women themselves. It has not been dictated from above nor ordained by Allah. Women have collectively worked to bridge the once secular-religious divide, and in so doing, cultivated a realistic gender ideal forged out of a common predilection for democracy and human rights. They have embraced facets of the West, particularly where women’s rights are concerned, and most importantly revitalized Islam by demonstrating its fluidity.

On many levels, what has transpired reflects a compromise between the old and the new, and a cross pollination of once seemingly incompatible ordinances between Iran and the West.

Iran is in a precarious state of affairs and Hassan Rouhani’s election as president appears to signal an era where the regime is more amenable to bending the rules, so to speak. Given the role of Iranian women in bringing about the triumph of the republic, they may hold the keys to the direction the society takes next.

Nina Ansary, Ph.D. is the author of the upcoming book “The Jewels of Allah.” She serves on the Middle East Institute Advisory Board at Columbia University and is an active member of various organizations dedicated to public policy, education, charitable and gender-related causes. For more information, visit www.ninaansary.com.

Would you like to Send Along a Link of This Story? https://womensenewsp.wpengine.com/story/education/140329/in-iran-keep-your-eye-jump-in-female-literacy 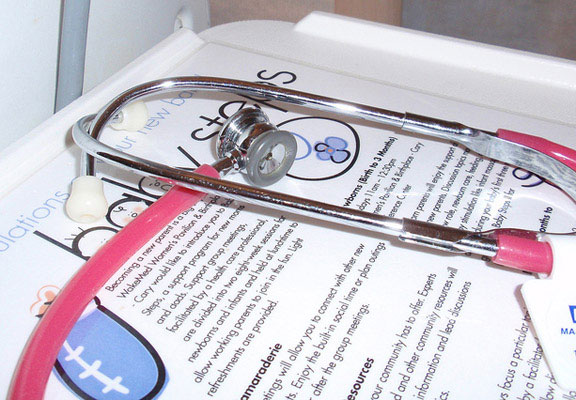 I Believe My Baby Thor Died of Health Care Politics 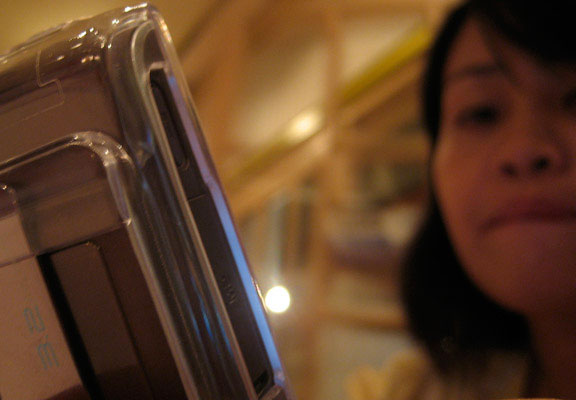