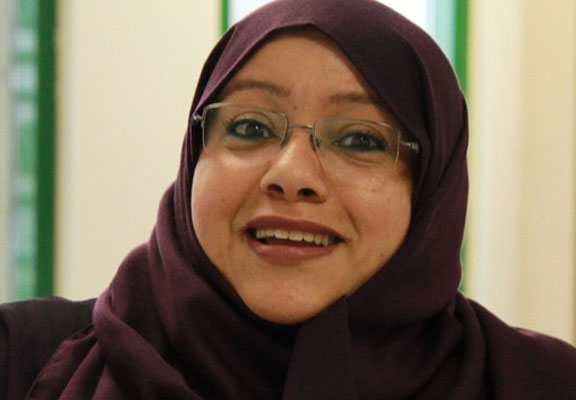 Somayya Jabarti is the first woman in Saudi Arabia to head a newspaper. Also this week, Syrian women who have fled to Lebanon are suffering severe stress and health problems.

Somayya Jabarti will soon be setting the news agenda for thousands of readers in Saudi Arabia after being appointed editor in chief of the English-language Saudi Gazette, CNN reported Feb.18. It is the first time a woman has been appointed to such a position in the male-dominated kingdom. "It is a male-dominated field, like many media in the world," Jabarti told CNN. "There will be challenges, but there is ground to be broken. This is just the starting point."

Also in Saudi Arabia, the country signed an agreement to help protect the rights of Indonesian maids following allegations of abuse, BBC News reported Feb. 19. Along with other basic protection rights, these workers will no longer be deprived of their passports or prevented from communicating with the outside world.

A report is calling for new policies to address barriers to reproductive health care that economically disadvantaged women continue to face, Think Progress reported Feb. 19. The report, released by the U.N. Population Fund, estimates that 47,000 women globally die from unsafe abortions. The document also highlights the fact that harsh restrictions do not lower abortion rates, they only contribute to a rise in preventable deaths from illegal procedures.

abroad enter into the top ranks of the largest corporations, according to a study in the latest Harvard Business Review, the New York Times reported Feb. 18. Although senior executive ranks remain dominated by men, women now occupy nearly 18 percent of the top slots at Fortune 100 companies.

The Afghan president, Hamid Karzai, has backed away from a law that would have silenced victims of domestic violence, forced marriage and child abuse, after a campaign by Afghan activists and western governments, The Guardian reported Feb. 17. The cabinet ordered changes to the brief section of the law that had caused the outcry. Read more in the Women’s eNews story "Women’s Champions Cheer a Victory in Afghanistan."

The "it will be our constitution" SMS campaign to increase Libyan women’s participation and role in local politics was launched in Tripoli on Feb. 16, Libya Herald reported. The German ambassador Christian Much, who attended the event, sent the first of 50,000 SMS messages to reach out to women for a greater role and participation in politics.

Syrian women who have fled to Lebanon are suffering severe stress and health problems, including a high rate of pre-term births and complications among those who are pregnant, The Guardian reported Feb. 21. The Yale report, requested by the U.N. Population Fund, indicates that women do not have access to the basic reproductive health care they need. Many of their health care problems are a result of conflict-related stress. Read more in the Women’s eNews series "Collateral Damage Syria: Women and Girls Fleeing Violence."

Abortion rights opponents are calling for a boycott of Girl Scout cookies, charging the youth organization of promoting abortion, USA Today reported Feb.19. Girl Scouts of the USA retweeted an article by the Huffington Post that listed Wendy Davis as a candidate for Woman of the Year. In June 2013, Davis became prominent after filibustering a bill before the Texas state Senate that would make it more difficult for women to get abortions. Critics interpreted this as an endorsement of abortion rights.

Abortion clinics in Oklahoma would have to have a doctor on site who has admitting privileges at a hospital within 30 miles of the clinic under the requirements of a bill passed by a state Senate panel Feb.17, Tulsa World reported.

A list posted last week of two dozen speakers for the International Conference of Quantum Chemistry, scheduled to take place in June next year, didn’t include a single woman, Salon reported Feb. 20. Only 10 of the 102 talks during the previous three conferences were given by women, and the numbers do not represent the number of female scientists in the field. In response, female scientists are calling for a boycott of the conference.

In a report to the U.N., lawmakers and local advocacy groups have criticized Hong Kong for not meeting yet its international obligations to improve women’s rights, the South China Morning Post reported Feb. 20. Leaders are calling Hong Kong’s progress inadequate in light of recent maid abuse cases and lack of women’s political participation, among other issues.

Women – and particularly women of color – continue to be underrepresented in U.S. media, according to a Women’s Media Center survey published Feb. 19, U.S. News reported. "The media is failing women on nearly every platform and the numbers underscore that we need to be better," said Julie Burton, president of the Women’s Media Center.

Working single mothers are disproportionately likely to be poor, and their ranks are growing, Think Progress reported Feb. 19. The number of families headed by women who work low-income jobs has risen from 54 percent in 2007 to 58 percent in 2012. The share is even higher among African Americans, as 65 percent are low income.

Ukraine’s parliament voted for a law that would allow the release of jailed former Prime Minister Yulia Tymoshenko, an opposition figurehead and major political rival of President Viktor Yanukovych, the Wall Street Journal reported Feb. 21. The vote came hours after opposition leaders signed a compromise deal with Yanukovych aimed at ending three months of antigovernment protests. Tymoshenko, who narrowly lost a 2010 presidential runoff against Yanukovych, was jailed in 2011 for abuse of office in a trial widely criticized as rigged.

More women are in the work force than ever before in Britain as official figures show a record-breaking 14 million now have jobs, The Independent reported Feb. 19. The female employment rate reached 67 percent last year. However, experts cautioned that this rise has coincided with an increase in the gender pay gap, as median wages for women fell.

Former Secretary of State Hillary Clinton has maintained a favorable opinion with Americans, though it has dipped since her time in the cabinet, according to a new poll, Politico reported Feb. 21. A majority of Americans, 59 percent, view Clinton favorably, compared with 37 percent who view her unfavorably, according to a Gallup poll released Feb. 21.

Of at least 22 athletes who were forced out of the Olympic snowboarding and skiing events due to accidents, 16 were women, the New York Times reported Feb. 18.

Fewer New York City women are having abortions now than at any time since the procedure became legal in the state in 1970, The New York Post reported Feb. 17. The abortion rate dropped 8.6 percent from 2011, and it has fallen 19 percent since 2003 and 22 percent since 2000, according to the analysis.

More American women have had medical help to have their babies than ever, according to the latest annual report from the Society for Assisted Reproductive Technology, CNN reported Feb. 18. The report showed that doctors at these clinics performed 165,172 procedures, including IVF, with 61,740 babies born as a result of those efforts in 2012.

Would you like to Send Along a Link of This Story? https://womensenewsp.wpengine.com/story/cheers-and-jeers/140221/saudi-heads-newspaper-fleeing-syrians-in-top-stress 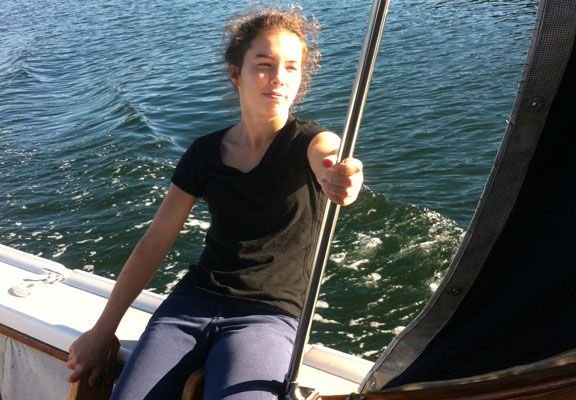 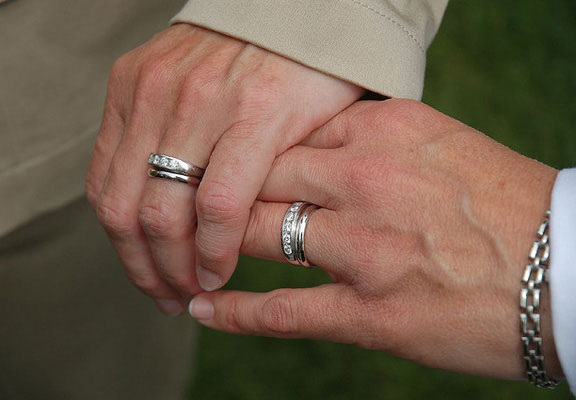 Is Same-Sex Marriage Right for an Outlaw Like Me?