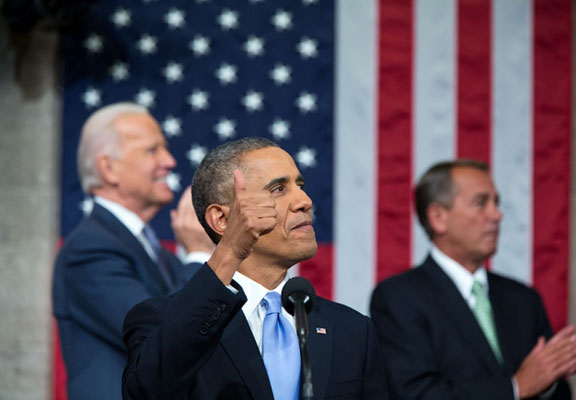 Progressive women seized on elements of the speech as a chance to showcase legislative priorities. A leader of one conservative women’s group, however, slammed the State of the Union address, deriding Obama as “provider in chief.”

(WOMENSENEWS)–While President Barack Obama’s State of the Union speech on Jan. 28 fell short of the peroration about economic inequality that partisans had either hoped or feared, it did offer women’s groups a chance to showcase political and legislative priorities.

For progressives it was a chance to rally behind Obama’s "10-10" call to raise the federal minimum wage to $10.10 and support the FAMILY Act, the Healthy Families Act, the Pregnant Workers Fairness Act, the Women’s Health Protection Act and the Paycheck Fairness Act.

U.S. Rep. Carolyn Maloney of New York said proposals such as raising minimum wage and making college more accessible and affordable would "benefit all Americans, and in particular they would benefit women, who disproportionately earn minimum wage and overall continue to earn just 77 cents for every dollar a man makes."

Sabrina Schaeffer, executive director of the conservative Independent Women’s Forum, slammed the speech. "Whether he was talking about the so-called wage gap, student loan debt, health care or workplace regulations, the president continues to act as provider-in-chief, discouraging traditional institutions like marriage, community and civic organizations that can truly help those in need," she said in a press statement.

The GOP rebuttal was delivered by U.S. Rep. Cathy McMorris Rodgers of Washington State. As chair of the Republican House Conference she is the highest ranking Republican woman in the House and has been sometimes cast as an outreach figure to help the GOP attract more female votes.

Rodgers steered clear of direct criticism of Obama, offered few specific initiatives and emphasized the importance of individual initiative and hard work. A leading Republican, her voting record reads like a negative image of the progressive women’s agenda, from policies on contraception to food stamps. She objected to extension of the Violence against Women Act because it contained a provision that would have protected lesbians, gays and transsexuals. She also voted against the Lily Ledbetter Fair Pay Act, passed almost exactly five years ago by Obama in one of his first acts in office. Rodgers has downplayed the gender pay gap, saying it disappears when adjusted for education and experience.

On Jan. 29, to mark the fifth anniversary of the signing of the Ledbetter Fair Pay Act, the Institute for Women’s Policy Research issued an analysis of women’s poverty that found it would be cut in half if "women were paid the same as comparable men, and that greater pay transparency would increase women’s pay." The research group said "the gender pay gap also affects the economy as a whole: in 2012, the U.S. economy would have produced additional income of $447.6 billion (equal to 2.9 percent of 2012 GDP) if women received equal pay."

Jessica González-Rojas, executive director of the National Latina Institute for Reproductive Health, took up the president’s themes of equal opportunity and economic security and flagged the importance of reproductive health care for every Latina, "regardless of where she lives, her immigration status, or the amount of money in her pocket."

González-Rojas, citing researchers at the University of California San Francisco, said women who attempted to obtain abortion services but were denied are three times as likely to fall into poverty than those are able to get the care they need. "Put simply, too many federal policies aren’t helping Latinas reach economic security or opportunities; they’re holding us back."

The day of the speech, the GOP-dominated U.S. House of Representatives passed sweeping anti-abortion legislation.

Citing Obama’s call to leave "Mad Men" attitudes and policies behind, Debra L. Ness, president of the National Partnership for Women and Families, put out a statement urging U.S. lawmakers to get behind the Healthy Families Act bill "to guarantee workers paid leave to care for babies, recover from serious illness, or care for seriously ill family members." Throughout the country, Ness said, workers need the chance to earn paid sick days so they can "recover from illness and care for sick children and family members."

In her statement, Fatima Goss Graves, vice president of education and employment at the National Women’s Law Center, called on Congress to pass the Paycheck Fairness Act and encouraged the president "to use his executive authority to prevent federal contractors from retaliating against employees who discuss their pay with co-workers." On Jan. 29, the law center praised the introduction of the Child CARE Act, a bill introduced by U.S. Rep. Donna Edwards, a Maryland Democrat, that would help parents pay for child care.

Would you like to Send Along a Link of This Story? https://womensenewsp.wpengine.com/story/the-nation/140129/womens-groups-use-sotu-stake-out-agenda 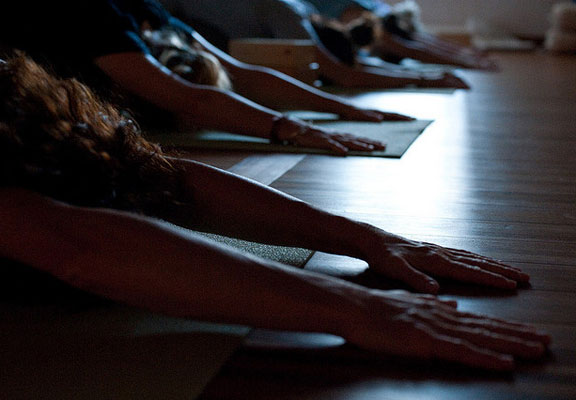