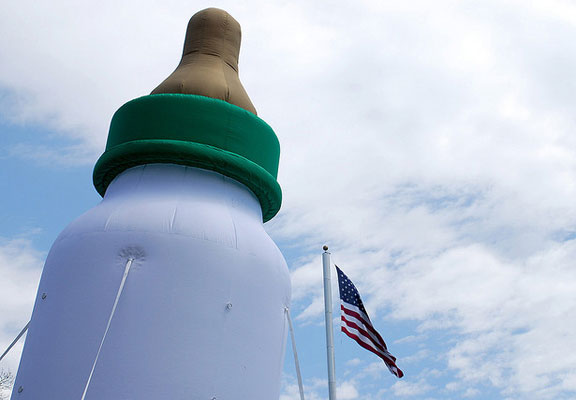 Undercutting the American Academy of Pediatrics’ stance on promoting breastfeeding, an infant-formula maker’s bag, given by hospitals for free to new mothers, is emblazoned with the academy’s logo inside and out.

(WOMENSENEWS)–Despite its strong stance in favor of breastfeeding, the American Academy of Pediatrics links its name to infant-formula promotion through a common hospital freebie; the going-home gift bag for women leaving a hospital after delivery. The bags include free formula.

The academy’s logo is found on the safety tag–which provides CPR instructions and other safety tips for new mothers–attached to the Mead Johnson Cooler Discharge Bag, a giveaway in maternity wards across the country. Inside the bag is a booklet published by the American Academy of Pediatrics, “New Mother’s Breastfeeding Essentials,” with Mead Johnson’s name prominently displayed on the inside of the cover page.

The academy’s logo has appeared on the Mead Johnson Cooler Discharge Bag safety tag since August 2012; its booklet started appearing inside the bag in February 2013, said a staffer for the academy’s media affairs and public relations department in a phone interview.

The academy’s media affairs and public relations staffer declined to offer any comment on why the American Academy of Pediatrics associated its name with the give-away from the formula company.

Mead Johnson, based in Glenview, Ill., produces the infant formula Enfamil, and the bags contain formula samples for new mothers.

Representatives of Mead Johnson declined to comment for this story. Mead Johnson claims to be the world’s leading provider of infant formula. The company reported sales of $1 billion during the three month period ending Sept. 30, an increase of 14 percent from the same time period in 2012.

The American Academy of Pediatrics, based in Elk Grove Village, Ill., recommends “exclusive breastfeeding for the first six months, with continuation of breastfeeding for one year or longer as mutually desired by mother and infant.” That advice is also given by the World Health Organization and the Institute of Medicine.

Not a Minor Issue

A gift bag containing free infant formula may seem like a minor issue, but a study has shown that mothers who don’t receive it are more likely to exclusively breastfeed for longer than 10 weeks.

“It’s really time for the AAP to take a look at their relationship with the formula companies,” said a member of the organization, who asked not to be identified, in a phone interview.

“Many people have tried to talk to AAP in the past about their relationship with the infant formula companies but it’s always fallen on deaf ears,” Walker said in a phone interview. “By placing their names on these bags, the AAP is sending a mixed message to both mothers and health care providers.”

Walker said hospitals don’t see the conflict of interest in giving out formula company sponsored gift bags because it has become customary.

“Hospitals have been giving out the bags since the 1930s, so it’s become engrained in the hospital culture. Sometimes it’s hard for hospital staff to realize that this practice, which they see as ‘normal,’ is actually a marketing tactic,” Walker said. “This is the only place in a hospital where things like this happen. The only unit where direct marketing happens is the maternity unit.”

This isn’t the first time the American Academy of Pediatrics has received criticism for its relationship with infant formula companies. In 2002, the logo of Ross Products, a unit of Abbott Laboratories, which produces Similac, was published on the cover of the academy’s book “New Mother’s Guide to Breastfeeding.”

Among the nation’s 45 top-ranked hospitals, 67 percent have stopped distributing formula samples and formula company sponsored discharge bags, according to a recent study published by Public Citizen, a nonprofit advocacy organization that represents the public within Congress, and Ban the Bags.

Of the overall best hospitals, 82 percent, or 14 out of 17 hospitals, reported having a policy or practice against formula company sponsored bags or other promotional materials. All hospitals in Massachusetts and Rhode Island have stopped giving out the bags.

But outside of these states and the country’s leading hospitals, the practice of giving out bags with infant formula remains commonplace. Of the 3,300 maternity facilities across the nation, only 792 hospitals–or just 24 percent– have reported that they no longer distribute the bags, according to Ban the Bags.

Genevieve Preer, a pediatrician at Boston Medical Center, said in an email interview that few women would miss the bags if they were discontinued. “When most families leave the hospital they usually are already taking gifts they’ve received from family and friends during their stay, so not having a bag from the hospital just isn’t a great loss.”

It is unknown whether the American Academy of Pediatrics was paid to put their names on the bag.

Abbott Nutrition, based in Columbus, Ohio, produces the Similac brand of infant formula and supports the academy’s journal Pediatrics in Review through an educational grant. The Nestlé Nutrition Institute, based in Florham Park, N.J., is the parent company of the infant formula maker Gerber, which funds the American Academy of Pediatrics’ Healthy Active Living for Families program. 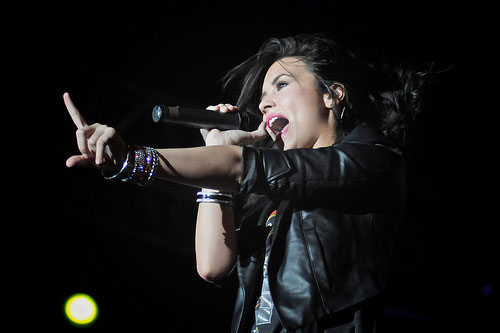 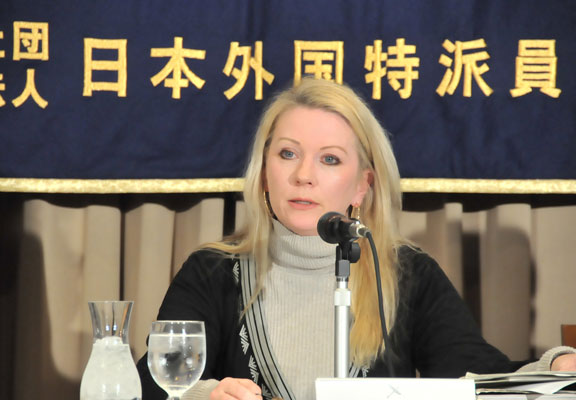