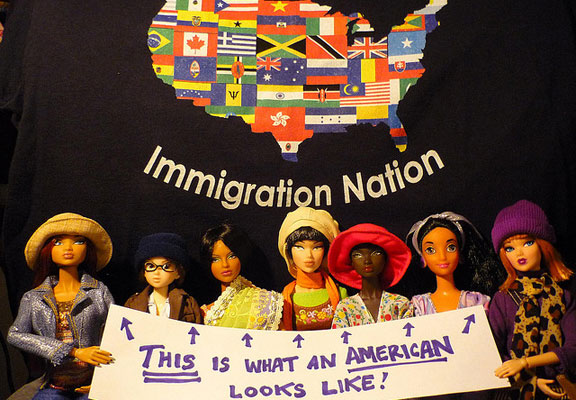 Women are key stakeholders in immigration reform and their advocates say it’s urgent to get a comprehensive package passed this year, not next. The question is whether the ongoing budget battles will spur or delay debate and passage.

(WOMENSENEWS)–With the merely postponed but still unresolved budget crisis and the colossally inept launch of the Affordable Health Care Act holding center stage in the national political agenda, advocates lobbying for comprehensive immigration reform policies that are inclusive of women are fighting to maintain momentum and prevent the issue from becoming a casualty of Washington’s dysfunction.

The prospect of a decline in urgency can only harm the 4.1 million women who make up roughly a little less than half of all undocumented persons currently living in the United States, say immigration reform advocates.

The specific challenges faced by women with no legal status in the U.S. are documented in scholarly reports and studies, and have even been featured as an occasional story line in almost every contemporary police procedural on American TV.

Because of fear of deportation, undocumented female immigrants are reluctant to report domestic violence, rape and other crimes against them. They have irregular employment histories and find themselves powerless to fight work exploitation. Some are brought into the U.S. under false pretenses of a job opportunity and then forced into prostitution. Others struggle to keep their family together and raise their children to become successful, but poor language skills and fear of discovery hold them back from volunteering for the PTA or engaging in community activities.

Immigrant women “are more likely to confront poverty, violence and exploitation than any other group in America,” according to the website of Legal Momentum, a New York City-based advocacy group.

And yet, the current immigration narrative continues to be plagued by misconceptions and superficial stereotypes that place both documented and undocumented immigrant women at a disadvantage while purporting to be gender neutral.

“I can’t believe that people don’t know that 75 percent of all immigrants are women and children. They have the idea that most immigrants are male. The analysis and statistics show why this is a women’s issue” said Jayapal.

She and other experts agree that the bipartisan bill approved by the Senate in June represents a significant step towards a fundamental shift in the terms of the debate.

“There was sensitivity to try to be more mindful that women immigrants are an important piece. This is a very good thing,” said Mary Giovagnoli, director of the Washington D.C.-based Immigration Policy Center at the American Immigration Council, in a phone interview.

For example, she said, the bill contains amendments expanding the number of U visas, the type of visa issued to immigrants who are victims of criminal activity, and looks at other forms of protection for victims of domestic violence.

Leslye Orloff, director of the National Immigrant Women’s Advocacy Project at American University Washington College of Law, also sees progress. She pointed as an example to the fact that the bill “is inclusive of the kind of work women do–underground economy stuff,” and allows for a variety of forms as proof of work beyond the pay stub when applying for residency.

Additionally, Jayapal noted, “there is some really good language around detention and parental rights for people who are deported, so that kids are not put into foster care but given to family members.”

But now immigration reform remains stalled in the House and conservative Republicans have broadcast their determination to reject any measure that would give undocumented immigrants a path to legalization.

Also, the House lacks a broad, comprehensive approach to immigration reform. “In the House you have these segmented bills that do not think of issues women care about,” Giovagnoli said.

A renewed emphasis to keep the debate on the table must now be combined with the ongoing efforts to overhaul the terms of the debate.

Orloff suggested that the latest shenanigans in Washington may actually work in favor of the passage of comprehensive immigration reform, rather than relegating the issue to the back burner. To the extent that members of Congress “were able to put off the budget crisis, it will help the legislative agenda to move,” she said.

Still, she conceded that the current impasse can make forward movement a harder row to hoe. “We have now hit an impasse when things are rancorous. Even on things where there has been common agreement, there is dissent. This is troublesome.”

Giovagnoli remains cautiously optimistic. “Immigration is simply there, and the Republican leadership knows that failure to deal with it will hurt it,” she said. “The pressure and scope of support is just growing.”

For Jayapal, there is really no obstacle to achieving immigration reform this year if the political will is there. She notes that “the Patriot Act passed in 10 days.”

Jayapal fears that waiting until next year, with legislative elections grabbing the spotlight, could mean several years before comprehensive immigration reform can be accomplished due to a loss of momentum. She sees women as key protagonists in the efforts to ensure that this does not happen.

“Women’s voices in this debate are going to be absolute game changers. If we can continue to engage so that we can challenge Republicans to say why they are against immigration and women,” she said. “As women we can set the agenda.”

Liza Gross is a journalist and former newspaper executive with a longstanding interest in gender issues. She served on the boards of the National Association of Hispanic Journalists and of the International Women’s Media Foundation.

Would you like to Send Along a Link of This Story? https://womensenewsp.wpengine.com/story/immigration/131102/women-say-time-right-now-immigration-law 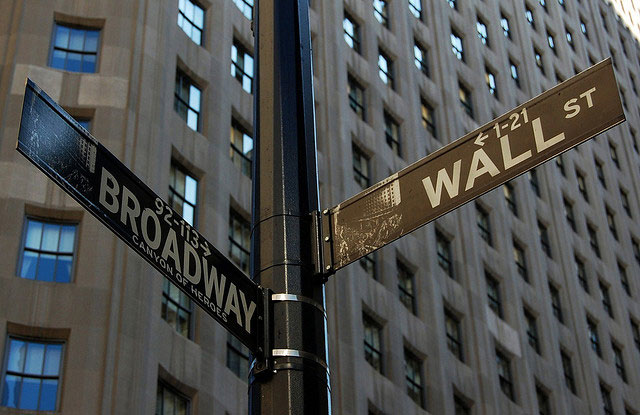 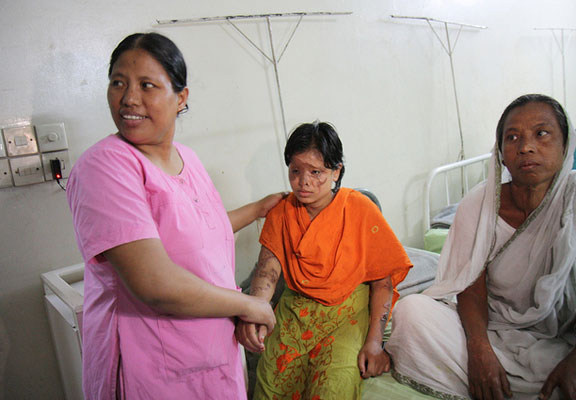