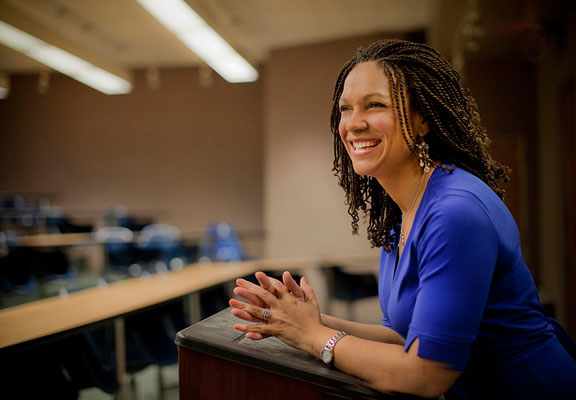 The author, TV host and political commentator links “coverture” laws that gave a woman’s legal rights to her husband to why we haven’t had a female president. An excerpt from an interview with Marianne Schnall from the book “What Will It Take to Make a Woman President?”

(WOMENSENEWS)–Why do you think we’ve not yet had a woman president, and what do you think it will take to make that happen?

I think we haven’t had a woman president because we live in a country that systematically disenfranchised women for its first 100 and some years. I mean, we’ve had fewer than 100 years of women as full citizens in this country, and so I think that’s obviously part of it. You can’t expect women to be in leadership when they don’t even have an opportunity to choose who their elected leaders are. And so part of it is not only couldn’t women vote, but in many places couldn’t run for office, couldn’t hold office, couldn’t have credit in their own names; any of the things that would make having public life possible for women. I mean, I guess there were states that still had coverture laws as late as the 1950s and 1960s, right? So even if you imagine that with the end of those coverture laws, with the opening of the ballot to women and with the opportunity for women to run for office, that then you would end up with a pipeline situation. Even if at that moment all barriers dropped away, and I don’t think they did, but even if they did, then you would still have to begin the process of women entering into a field where they had previously been shut out. And then you would have to grow that pipeline until you got to the level of presidency.

I don’t think it’s a small thing that the first woman to get very near to her party’s nomination for the U.S. presidency actually came through the private sphere. She first came to the public knowledge, national public knowledge, as the wife of the president. Of course she had her own political career and ultimately became senator and all of that, but the first way that we got to know the name of Hillary Clinton was through her husband. That strikes me as kind of indicative of precisely how narrow that pathway has been–that women are still in the situation of coming to office under the terms of patriarchy and a coverture in that way.

I think it is fundamentally a different question than what are we going to do about it, like how do we end up with a woman president? I’m back and forth on this. I still believe that the first woman president is highly likely to be a Republican, and because of that, I guess I’m a little less enthusiastic for the first woman president [laughs]. On the one hand I really do [believe] that we must break this, and even if we break it with a woman Republican, then there will be a part of me that celebrates that. But I do think we have to be careful .?.?. from the very beginning of the suffrage question in this country, there’s been this assumption that women will bring something specific to the public sphere, as a result of their womanhood, and I don’t think that’s quite right. I’m not sure that we can say that there is a way that women govern, and, in fact, the women who are most likely to rise to the top of governing tend to govern an awful lot like men.

You’re not the first one to have said that, but I’m curious about your reasons. Why do you think the first woman president could possibly be a Republican?

Well, just because we elect three different kinds of people as president in this country. We elect vice presidents, governors and senators. And right now the most recent person to almost to be vice president, who was a woman, was a Republican. The majority of women governors are Republicans, and although there are Democratic women senators, I look at them and I don’t see–at least at this moment–I don’t see kind of a clear contender. So as much as I know people talk about Hillary, the fact is that we don’t really elect secretaries of state as president; we mostly elect governors and vice presidents–every once in a while, a senator–and right now those pipelines are dominated by Republican women.

You wrote this really important book, “Sister Citizen,” and I’m hoping with my own book that it conveys two things: that it’s not just about women, it’s about having greater diversity in general, and also about the fact there are many ways to participate in our government, not just being president or an elected official, but also being an empowered citizen. How do you see what you wrote about in your book as connected to this conversation?

Yes, I appreciate your saying that, because we’ve been talking about elected office, we’ve been talking about a woman president, which requires running for office at various stages. That’s an important point: I can’t imagine what would happen for me to run for office, but I certainly see myself as engaged politically. And not just because of the show, but I write to my representative, my mother is one of those retired ladies who goes up to the state House and protests. So I always have and I hope always will be engaged in the political world. It’s something that I’ve tried to pass on to my own daughter, as part of what you need to know in the world–in addition to math and science and English–is to know how your government works, know who represents you and put pressure on them toward the ends and goals that you see as important.

You know, “Sister Citizen” is meant to be more analytic than prescriptive. It’s not so much how to fix this, as it is to try to say: here is at least one story about how African American women end up constrained in the way that they engage the political world and they’re constrained by all these very old, very deep stereotypes, and it can create actual emotional and psychological residue that makes it hard to do the work of politics.

And yes, I certainly am talking about African American women, but although I would never compare myself to Toni Morrison, I do take from Toni Morrison the lesson that when we tell a specific story, it’s actually for the purpose of telling the universal. Right? We go narrow in order to illuminate something larger. So even though I’m talking about black women, it’s with the goal of saying that when we enter into the political world, all of us, we don’t just come in as our political selves, we bring our whole selves, all of our expectations about what a woman is supposed to be, what an African American is supposed to be, what an American is supposed to be–and those expectations that are racialized and gendered and classed can really impact the way that we engage politically.

Excerpt from “What Will It Take to Make a Woman President? Conversations About Women, Leadership and Power,” by Marianne Schnall. With permission from Seal Press, a member of the Perseus Books Group. Copyright 2013.

Marianne Schnall is a widely published writer and interviewer and the founder and executive director of Feminist.com, a leading women’s website and nonprofit organization. She is also the author of “Daring to Be Ourselves: Influential Women Share Insights on Courage, Happiness and Finding Your Own Voice.” Melissa V. Harris-Perry is host of MSNBC’s “Melissa Harris-Perry.” She is also professor of political science at Tulane University, where she is founding director of the Anna Julia Cooper Project on Gender, Race, and Politics in the South. Harris-Perry is author of the well-received new book, “Sister Citizen: Shame, Stereotypes, and Black Women in America.”

Would you like to Send Along a Link of This Story? https://womensenewsp.wpengine.com/story/books/131116/melissa-harris-perry-reflects-female-presidents 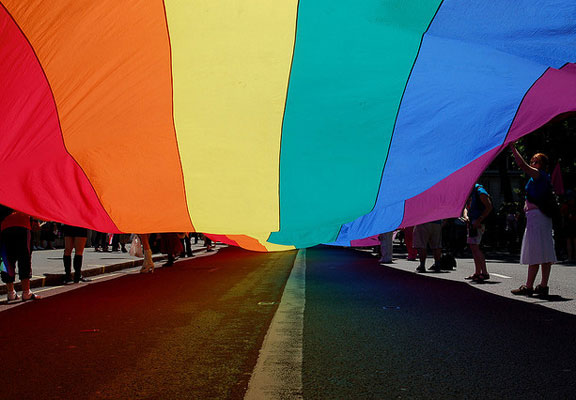 How 9 Countries Score on Women’s Rights and the Environment