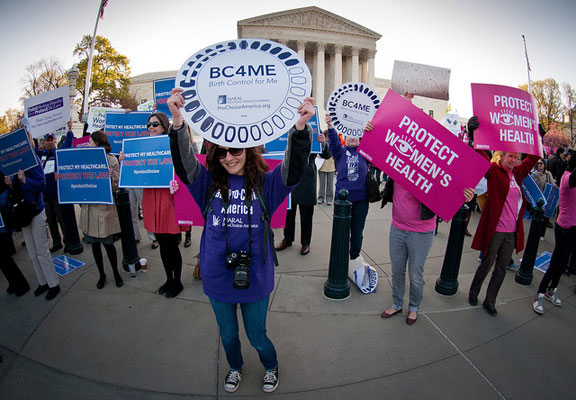 Activists on both sides rushed to Twitter when the Supreme Court agreed to hear two cases this spring that are classic conflicts between religious beliefs and women’s right to unbiased health care.

(WOMENSENEWS) –The Supreme Court stirred up social media with its Nov. 26 announcement that in 2014 it would hear two lower court cases, Sebelius v. Hobby Lobby Stores, Inc and Conestoga Wood Specialties v. Sebelius, regarding contraceptive coverage in the workplace.

The news fired up both sides of the debate over reproductive rights.

Tweets by Lifenews.com founder Steven Ertelt provide a series of exclamations supporting Hobby Lobby and Conestoga Wood Specialties because they run their business according to Biblical standards.

The National Abortion and Reproductive Rights Action League, NARAL Pro-Choice America, took the Supreme Court’s decision to grant a hearing as an opportunity to rally behind the need to protect female employees from employers who want to obstruct their access to reproductive health under the guise of religious freedom. NARAL President Ilyse Hogue said in a press statement that there is “an underlying obsession with controlling women’s lives” and that those who cite religious beliefs for withholding birth control to their employees are not “pushing to deny men access to Viagra or any other number of similar medical requests covered by insurance.”

Under the Obama administration’s Affordable Care Act, companies with large work forces are mandated to offer female employees reproductive health coverage, including birth control, without co-pays. Requiring contraceptive coverage for employees is “lawful and essential to women’s health,” according to the White House on Nov. 26.

But some religious employers argue that complying with the Affordable Care Act is blasphemous. The owners of Hobby Lobby, based in Oklahoma City, say providing contraceptive coverage goes against their spiritual beliefs and infringes on their religious freedom.

It is a slippery slope when for-profit employers make decisions about employees according to their own medical preferences,” Cecile Richards, president of PlannedParenthood Federation of America, said in a conference call on Nov. 25, which was hosted by the National Women’s Law Center and the ACLU.

“Religious freedom includes the right to worship as you see fit but is also the right of protection from having religious views forced on you,” an ACLU representative said during the same call.

U.S. Sen. Patty Murray, a Democrat from Washington State, weighed in on Twitter against the right of companies to disobey the contraceptive coverage mandated by the Affordable Care Act.

[RT if you agree] BIRTH CONTROL: It’s a woman’s decision, not her boss’s. #SCOTUS #HandsOffMyBC pic.twitter.com/pBvU9dzFZs

In a graphic with a red, white and blue color scheme, NARAL Pro-Choice America lists three statistics to supports its stance that no-cost birth control permitted by health reform is a non-negotiable provision.

RT to say you don’t think #birthcontrol should be up for debate! http://t.co/s7uPurqxSK

The anti-choice camp predicts that the Supreme Court will rule in favor of the for-profit companies who choose to impose religious judgment on their employees’ coverage.

The White House predicted otherwise in a Nov. 26 tweet: “We are confident the Supreme Court will agree.”

Would you like to Send Along a Link of This Story? https://womensenewsp.wpengine.com/story/in-the-courts/131126/high-court-takes-birth-control-activists-ignited 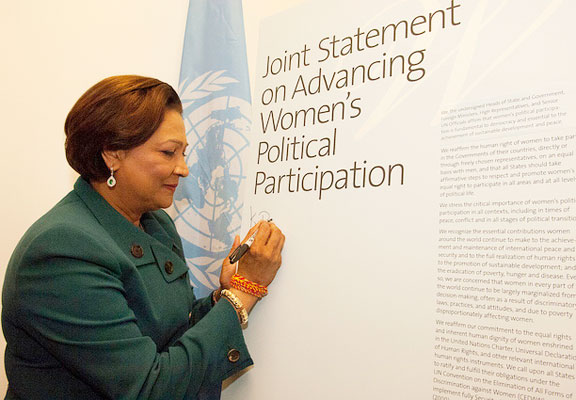 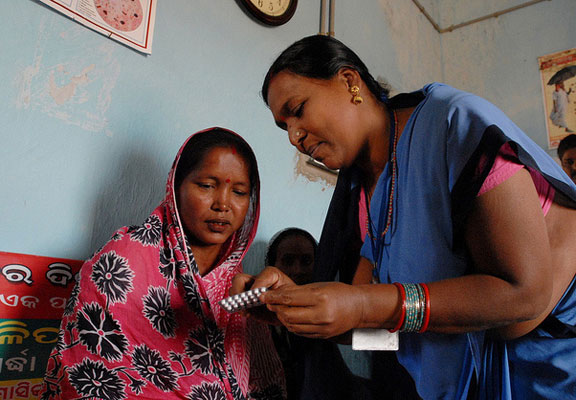