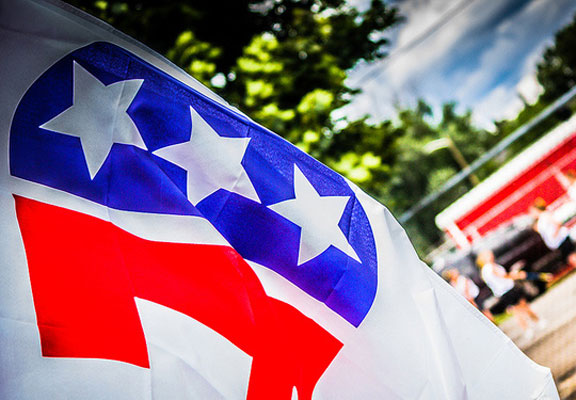 Democratic women out-number Republican counterparts in most levels of elected office. As the two parties start gearing up for the 2014 elections, the parties’ gender gap could affect what happens to the GOP-dominated House of Representatives.

(WOMENSNENEWS)–The Democrats and Republicans are both trying to boost women in the 2014 elections but for the GOP that looks much more difficult.

A recent ABC News/Fusion Poll found that 60 percent of Democrats and 43 percent of Americans overall said it would be “a good thing if more women were elected to Congress.” Two-thirds of Republicans, however, said it would make no difference to them.

Those findings follow a study group of Republicans that concluded in February that the GOP had lost the presidency and had failed to regain the Senate in 2012 because voters viewed the GOP as “a group of stuffy old men.”

The Democratic Party, meanwhile, has made electing more women to the 435-member House of Representatives an important part of its strategy in the 2014 campaign. Historically, the party of the president loses seats in Congress during midterm elections and the Democrats currently hold only 200 seats in the Republican-controlled House.

By contrast, Rep. Steve Israel of New York, chair of the Democratic Congressional Campaign Committee, told CNN in July that he has never had to recruit women. “All I have to do is answer the phone,” he said.

To overcome its shortage of women, the GOP has taken a variety of steps. In June, the Republican National Committee, the National Republican Congressional Committee and four other national campaign committees announced Women of the Right UNITE, which pools their resources to elect more female Republicans at all levels of government in the 2014 midterm election and beyond.

As part of Women of the Right UNITE, Project GROW will recruit and prepare Republican female candidates for Congress. The program’s Right Women, Right Now project focuses on recruiting and preparing women to run for state offices, such as the legislature, where Democrats currently have an edge.

There are now 1,134 female Democrats in the 50 state legislatures compared to 634 Republican women, reports the Denver-based National Association of State Legislatures.

Potential female candidates for the House include 108 Democrats and 45 Republicans, noted an Oct. 28 report by the Center for American Women and Politics. A division of the Eagleton Institute of Rutgers University in New Brunswick, N.J., the center conducts research and outreach programs to address women’s under-representation in politics and government.

“More women may decide to run as we get closer to the filing dates,” said Debbie Walsh, director of the center, in a phone interview.

To secure women’s votes for GOP candidates for Congress and other offices, Katie Packer-Gage, who served as deputy campaign manager for former Massachusetts Gov. Mitt Romney in his 2012 presidential campaign, and two other political consultants have started a political strategy firm called Burning Glass Consulting.

The Virginia-based firm will advise GOP candidates on how to tailor their messages to women who represent 53 percent of the electorate.

For its part, the National Democratic Campaign Committee recently named 11 female candidates for the House to its Jumpstart Program, which provides financing and other support to candidates in the most competitive races for Congress. Nine male candidates for House seats are also on the list.

“The issues that will dominate the 2014 election are health care, Social Security and preservation of the safety net,” said Lisa Maatz, vice president of government relations of the American Association of University Women, a Washington-based organization that advocates for policies that advance equality for women and girls, in a phone interview. “These are women’s issues, so it is critical to have women on the ballot.”

Convincing women to run for the House is difficult because they face many challenges, said Susan Welch, dean of the College of Liberal Arts of Penn State University in University Park, Penn., who has studied gender differences in politics.

“Many mothers of young children don’t want to run because if elected, they will have to travel long distances from their homes into Washington and spend long periods away from their families,” said Welch in a phone interview. “The lack of financing is another deterrent, especially for those who are running for their first House seats.”

In 2012, the 760 Democratic Party candidates for the House raised an average of $639,220; the 848 Republicans raised $726,000, reports the Washington-based Center for Responsive Politics, which tracks campaign financing for Congress.

“Female Democrats get lots of help from organizations outside the party, which is extremely useful to women who may not have the contacts that men of both parties do and need help in raising money and learning how to run successful campaigns,” said Jim Dean, chair of Democracy for America, a political action committee in Burlington, Vt., which was founded in 2004 by the state’s former governor, Howard Dean, to rebuild the Democratic Party and elect progressive candidates.

“Our organization has backed women like Annise Park who was elected mayor of Houston on Nov. 5, as well as candidates for school boards, state legislatures and other state and local offices that can be the stepping stones to the House,” said Dean in a phone interview.

Since 1985, EMILY’S List, an acronym for Early Money is Like Yeast, has raised more than $350 million and helped elect 101 female pro-choice Democrats to the House. In 2012, it raised $52 million–the most in its history–and helped elect 19 female Democrats.

Early support has also helped the Democrats win primaries. In 2012, 50 percent of the 145 female Democrats won their primaries compared to 31 percent of the 85 female Republicans. GOP women were least successful in primary races for open seats, where candidates often face multiple opponents and must raise thousands of dollars to get their messages across, which depletes their resources to compete in the general election.

In the 2010 midterm election–a banner year for Republicans–the GOP picked up 37 of the 45 open seats in the House. However, female Republicans only won four of these seats because so few female candidates made it through their primaries.

Would you like to Send Along a Link of This Story? https://womensenewsp.wpengine.com/story/campaign-trail/131118/gop-faces-uphill-effort-in-electing-more-women 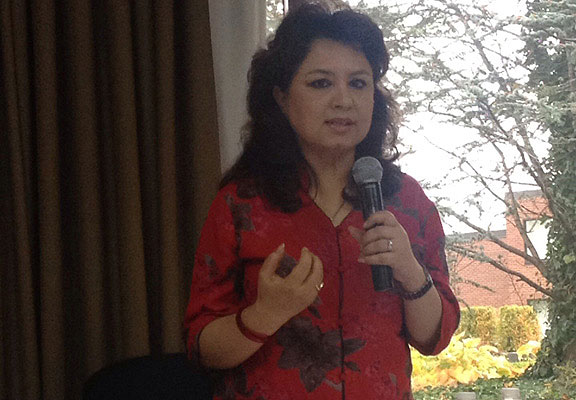