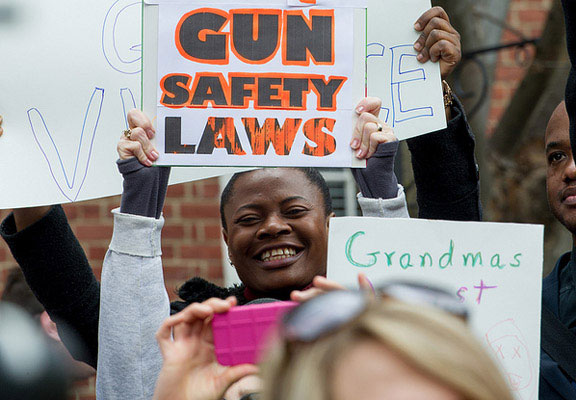 The U.S. is failing to protect women and children, particularly from gun violence. That’s what a group of advocates wanted to tell a U.N. forum this month, but couldn’t due to the government shutdown.

Credit: MDGovpics on Flickr, under Creative Commons (CC BY 2.0)

NEW YORK (WOMENSENEWS)–Four women’s advocacy groups were ready to use a U.N. forum this month to press the U.S. government for stronger legal protections for women and children. But the shutdown has forced them to wait until the spring.

The review of the United States, which was scheduled to occur this month during the Human Rights Committee’s 109th session, has been postponed until March 2014, the U.N. forum said on its website, in a statement posted Oct. 10.

“My guess is that it’s final,” Lisalyn Jacobs, vice president for government relations at Legal Momentum, said in a phone interview. “There’s no way that the U.S. government could review, get up to speed and get to Geneva in time. The commission seems to have a full roster of countries to review, so I’m guessing that it will not happen until the spring review.”

That means a shadow report about the legal holes in the government’s protection of women and children cannot be presented at the U.N. Human Rights Committee meeting.

Authors of the report have emphasized the worsening problem of guns, saying the United States is not adequately protecting women in abusive relationships, and their children, from being shot or otherwise harmed from gun violence.

“We now have a Justice Department and a State Department in this administration that really want to acknowledge some of these norms,” Jacobs said.

The report was issued by the Advocates for Human Rights, based in Minneapolis; The University of Miami School of Law Human Rights Clinic; Legal Momentum in New York; and Women Enabled, based in Washington, D.C.

The advocacies were hoping–and continue to hope–that a ruling from this international forum could be influential with the current White House.

“We’ve had some meetings with the Department of Justice and the University of Miami and done some brainstorming to figure out ways in which we can work on issues around law enforcement accountability which intersect with VAWA,” said Jacobs, referring to the Violence Against Women Act, a federal law first passed in 1994 that was reauthorized in March 2013.

The organizations behind the shadow report are hoping to continue their dialogue on such issues and broaden engagement on how different organizations can continue to work on these problems and highlight them within the context of VAWA, Jacobs said.

“It involves many discussions with the Department of Justice and the Department of Health and Human Services and other federal partners about ways in which the law has been either broadened or revised and talking about how those things are going to be implemented,” Jacobs said.

Jacobs said organizations like Legal Momentum strive to be responsive to international human rights and are very passionate about making sure they do not miss opportunities like the one with the Human Rights Committee.

However, because the federal government was only operating at the level of essential personnel during the shutdown, Jacobs said they were not in the position to send representatives from the State Department and the other parts of the government that would have comprised the U.S. delegation.

“The operations of the government continue to be funded as they have been for the last fiscal year, so money for any new programs, or in this case programs that are new to this authorization, will not receive funding until there is actually another budget that goes into place,” Jacobs said, referring to VAWA. “So, that complicates our goals in trying to put into place some of the new protections that were a part of this new law.”

Authors of the report “Preventing Domestic Abusers and Stalkers from Accessing Guns” spotlight a loophole in the current Gun Control Act, which does not require private gun sellers to perform background checks on their buyers, allowing those prohibited from gun ownership to easily evade bans.

They also cite a lack of any federal ban on gun ownership for stalkers who are convicted of misdemeanor crimes and subject to restraining orders.

Legal Momentum’s Jacobs said much of what’s wrong with the U.S. system is exposed by the notorious case of a woman named Jessica Gonzales–now Jessica Lenahan– and her failure to get timely help from police in Castle Rock, Colo.

Following a divorce, Gonzales asked for a restraining order against her ex-husband Simon, which limited his access to the family home and their children.

On June 22, 1999, however, Simon abducted their three daughters from the home. Gonzales’ requests for the Castle Rock Police Department to press her restraining order and capture her ex-husband were repeatedly turned down when she first called them.

Eventually, however, Simon was killed in a shoot-out with the Castle Rock Police Department. Later, police found the murdered bodies of Leslie, 7, Katheryn, 9, and Rebecca, 10, in the back of Gonzales’ ex-husband’s pickup truck. The deaths of the children are still unexplained.

As Women’s eNews has reported, Gonzales in 2000 filed a $30 million lawsuit against the Castle Rock Police Department and three of its members for violating her right to due process by failing to enforce her restraining order. The case wound up making its way to the Supreme Court, which in 2005 held that Gonzales’ due process rights had not been violated because she had no personal entitlement to police enforcement of her restraining order.

After Gonzales’ law suit was unsuccessful her legal council filed a complaint before the Inter-American Commission on Human Rights, Jacobs said. In 2011 the commission ruled in her favor and found that the U.S. “failed to act with due diligence to protect Jessica Lenahan” and her daughters.

The country, however, has not yet developed appropriate policies to prevent similar violence from happening again, authors of the shadow report say.

Darina Naidu is an editorial intern for Women’s eNews and an intern at ABC News for the News Specialized Unit. She graduated with a degree in journalism from SUNY Plattsburgh in May 2013. Follow her on Twitter @DarinaNaidu.

Would you like to Send Along a Link of This Story? https://womensenewsp.wpengine.com/story/domestic-violence/131021/shutdown-silenced-call-womens-safety 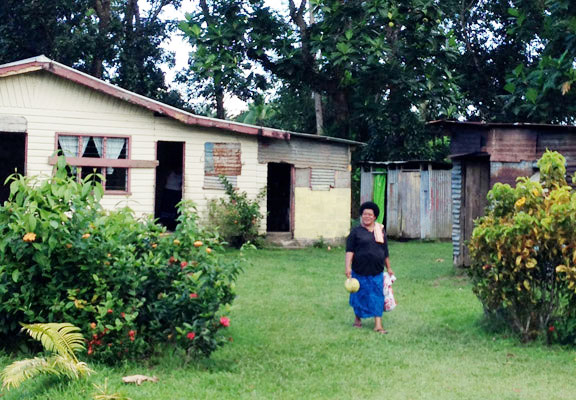 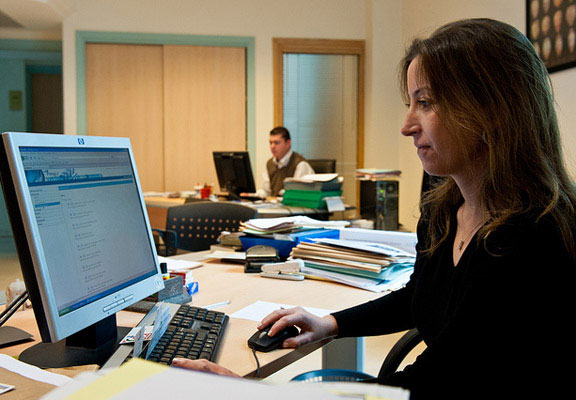