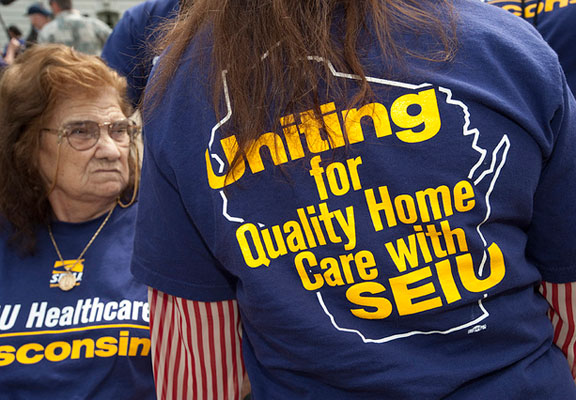 The government shutdown held up Labor Department webinars about the new home health care ruling that takes effect Jan. 1, 2015. Advocates say they will press various agencies to explain the ruling to the public.

NEW YORK (WOMENSENEWS)–The government shutdown delayed the Department of Labor from explaining how new legal protections for domestic workers will be implemented, but there is still more than a year of tutelage left before the new rules take effect on Jan. 1, 2015.

This will be an “ongoing education process,” said Steven Edelstein, national policy director at the Paraprofessional Healthcare Institute, a New York-based advocacy organization for direct-care workers and their employers, in a phone interview.

In September the Department of Labor announced a final rule on home health care workers becoming eligible to receive minimum wage and overtime protections in 2015 and was getting ready to conduct regional webinars about implementation when the government shutdown hit. An East Coast webinar has been rescheduled for the evening of Oct. 31.

Since 1974 home care workers have been excluded from minimum wage and overtime protections under the “companionship exemption,” which in the past 35 years was widely interpreted to cover an expanding range of duties provided by those in the home care industry.

Home care workers in several states are already covered either through state or federal protections. States including Alaska, Colorado and Kentucky have narrower companionship exceptions for live-in workers.

Success in overturning these regulations will be heavily dependent on the political climate within those states, Sarah Lebenstein, staff attorney at the National Employment Law Project, based in New York, said in a phone interview.

According to the law project’s analysis, labor groups must continue to apply pressure in states such as Alaska and Georgia, which have tighter exemptions in their state laws for both employees that work in a private home and employers with five or less employees, for their labor laws to conform to federal regulations.

Overtime protections are not expected to be as significant a factor since only about 10 percent of home care workers work overtime, the Paraprofessional Healthcare Institute found in an analysis of the home care industry conducted in December 2011.

The Paraprofessional Healthcare Institute‘s Edelstein said that preparation for the new rules would encompass not only the Department of Labor, but various agencies and organizations, including the Centers for Medicare and Medicaid Services, which will reach out to home care workers and employers and help them understand the changes.

Leading up to 2015, advocates will be pushing local and federal bodies to continue to hold workshops, produce materials and reach out to workers and employers to explain the scope of coverage, Lebenstein said.

She added that because agencies such as the Department of Health and Medicaid are focused on services and not necessarily labor law, advocates will have to place pressure on these organizations to create outreach efforts as well.

Some areas where home care workers in the past have lost money–including their failure to be compensated for travel between employer sites–are addressed by the ruling, which will mandate travel between sites be compensated. If an employer substitutes travel for another duty (in the case of running an errand), this time must be covered, according to the Department of Labor website.

A larger problem for home care workers is on the other end of the spectrum: having too few hours and not being able to earn livable wages. Forty-two percent of home care workers report working full time all year round; 58 percent of workers either work part time all year round, or work full time for some part of the year, making it difficult to reliably earn an income.

Edelstein, at the Paraprofessional Healthcare Institute, said that the new ruling could help that. Employers and agencies will have to keep consistent records of home care workers’ hours and this will hopefully translate into hours “being spread more equitably across workers.”

Home care agencies, which serve as a hub connecting employers to the home health aides that provide direct care to them, have expressed reservations that the new rulings will negatively affect both the elderly and home care workers.

“People will receive less care,” Andrea Devoti, chair of the National Association for Home Care and Hospice, based in Washington, D.C., said in a Sept. 28 press statement.

Devoti said higher wages will force employers to cut back on hours. “Home care companies will have little choice but to employ workers part time rather than full time.” Caregivers, Devoti said, will in the end receive less pay.

A data brief conducted by Paraprofessional Healthcare Institute in Michigan, however, finds that the home care industry expanded between 2006 and 2010 after Michigan instituted minimum wage protections, with home care establishments rising to 1,156 from 1,102.

The study concluded that in states where home workers receive labor protections, including New York and Pennsylvania, there has been no indication that the rules limited job growth.

Lebenstein also stressed that there are more than enough models and case studies to demonstrate that home care agencies can adapt to the new rules without raising costs.

Cassandra Leveille is a development and editorial intern for Women’s eNews.

Would you like to Send Along a Link of This Story? https://womensenewsp.wpengine.com/story/labor/131026/shutdown-delays-prep-pay-health-aides-more 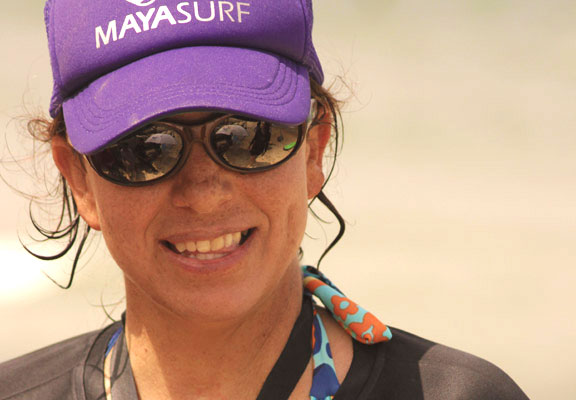