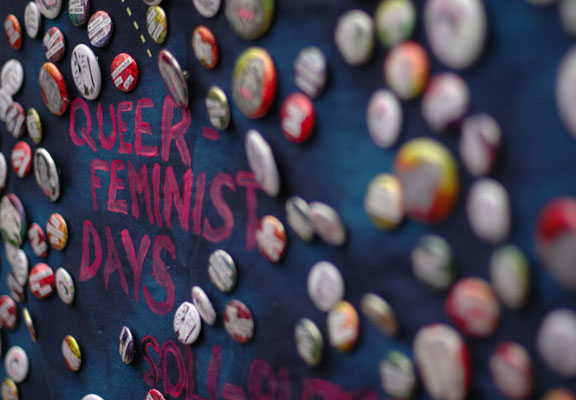 Sexism-based exclusion runs rampant in these movements, says Julia Serano in this excerpt from “Excluded: Making Feminist and Queer Movements More Inclusive.” In part this is thanks to false assumptions that we need to overcome.

(WOMENSENEWS)– All of us have been excluded at some point in our lives. Perhaps because of our size, or class, or age, or race, or nationality, or religion, or education, or interests, or ability. And of course, many of us are excluded because of different forms of sexism; that is, double standards based on one’s sex, gender or sexuality. Many of us are undermined and excluded by our culture’s male/masculine-centrism; that is, the assumption that male and masculine people and perspectives are more legitimate than, and take precedence over, female and feminine ones. And those of us who are gender and sexual minorities are stigmatized and excluded by our culture’s insistence that only “normal” bodies and “straight” and “vanilla” expressions of gender and sexuality are valid.

This sense of exclusion drives many of us to become involved in feminism and queer (i.e., LGBTQIA+) activism. We seek out like-minded people who share our goals to eliminate sex-, gender- and sexuality-based hierarchies, and together, we work hard to build new movements and communities with the intent that they will be safe and empowering for those of us who have been shut out of the straight male-centric mainstream.

And yet, somewhere along the way, despite our best intentions, the movements and communities that we create almost always end up marginalizing and excluding others who wish to participate.

Sometimes we are consciously aware that exclusion is a bad thing, and we may deny that it is taking place within our feminist or queer circles. We may even resort to tokenism, pointing to one or a few minority members in order to make the case that our movement or community is truly diverse. But in other cases, we are blatantly exclusive.

Some feminists vocally condemn other feminists for dressing too femininely or because of the sexual partners or practices they take up. More mainstream gays decry the presence of drag queens and leather daddies in their pride parades and there is a long history of lesbians and gay men who outright dismiss bisexual, asexual and transgender identities. Within the transgender and bisexual umbrellas, there are constant accusations that certain individuals do not qualify as “real” members of the group or that their identities or actions somehow reinforce “the gender binary” (i.e., the rigid division of all people into two mutually exclusive genders). And in most queer communities, regardless of one’s sex or identity, people who are more masculine in gender expression are almost always viewed as more valid and attractive than their feminine counterparts.

The astonishing thing about these latter instances of exclusion is not merely their brazen, unapologetic nature, but the fact that they are all steeped in sexism; in each case, exclusion is based on the premise that certain ways of being gendered or sexual are more legitimate, natural or righteous than others. The sad truth is that we always seem to create feminist and queer movements designed to challenge sexism on the one hand, while simultaneously policing gender and sexuality (sometimes just as fiercely as the straight male–centric mainstream does) on the other.

There have been many attempts to reconcile this problem. Newer feminist sub-movements have sprung up with the expressed purpose of accommodating more diverse expressions of gender and sexuality within feminism. More inclusive umbrella terms such as “queer” (meant to include all sexual and gender minorities) and “transgender” (meant to include all people who defy societal gender norms) have come into vogue in an attempt to move away from infighting over identity labels. And what were once simply called “lesbian and gay” organizations have since added B’s, followed by T’s, then a panoply of other letters at the ends of their acronyms in an attempt to foster inclusiveness. And while all of these measures have brought a modicum of success, sexism-based exclusion still runs rampant in feminist and queer movements.

As a transsexual woman, bisexual and femme activist, I have spent much of the last 10 years challenging various forms of sexism-based exclusion within feminist and queer settings. Over that time, I have come to the conclusion that we cannot Band-Aid over this problem by simply calling for more diversity in a general sense or by petitioning for the inclusion of specific subgroups on a one-by-one basis. Nor do I think that we can blame this situation entirely on the human tendency to be tribal or cliquish (although admittedly, such us-versus-them mentalities do exacerbate the problem).

Rather, I believe that sexism-based exclusion within feminist and queer circles stems primarily from a handful of foundational, albeit incorrect, assumptions that we routinely make about gender and sexuality and about sexism and marginalization. These false assumptions infect our theories, our activism, our organizations and our communities. And they enable us to vigorously protest certain forms of sexism (especially sexisms that we personally face) while simultaneously ignoring and/or perpetuating other forms of sexism.

In short, the way we describe and set out to challenge sexism is irreparably broken. My main purpose in writing this book is to highlight these fallacies in our theory and activism and to offer new and more accurate ways of thinking about gender and sexism that will avoid the pitfalls of the past.

Julia Serano is a true renaissance woman: a writer, performer, activist and biologist. She is best known for her book “Whipping Girl: A Transsexual Woman on Sexism and the Scapegoating of Femininity,” a collection of personal essays that reveal how misogyny frames popular assumptions about femininity and shapes many of the myths and misconceptions people have about transgender women.

Would you like to Send Along a Link of This Story? https://womensenewsp.wpengine.com/story/books/131004/feminist-and-queer-movements-need-rethink 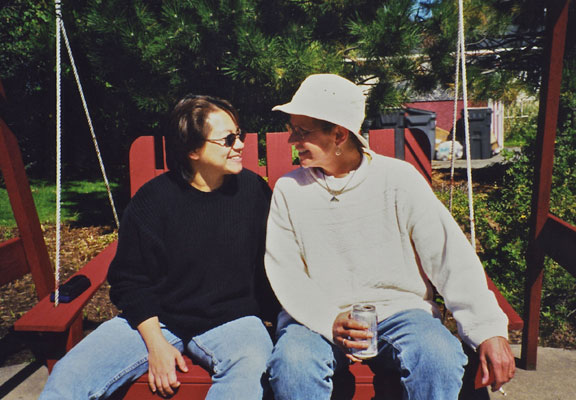 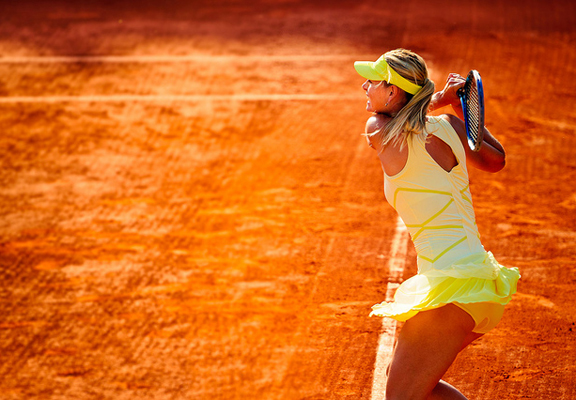