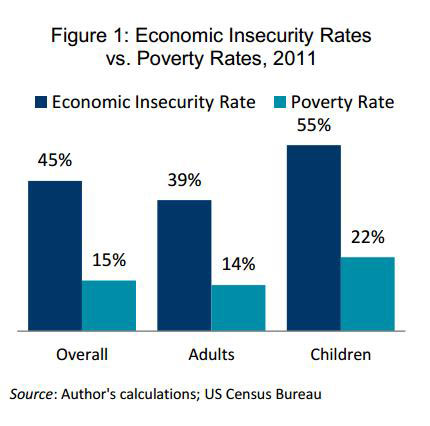 The U.S. poverty rate for 2012 may be stable at about 15 percent but a report out on the same day as the census data finds an alarmingly high rate of economic insecurity among Americans, particularly women.

(WOMENSENEWS)–On a day when the U.S. Census reported that poverty rates were stable at 15 percent a women’s economic advocacy group offered a different narrative.

Wider Opportunities for Women, a group based in Washington, on Sept. 17 issued a report on what it called the “economic insecurity rate,” a category for U.S. households that includes those on the brink of poverty, just an illness or layoff away from poverty.

The national measure of economic insecurity in 2011, the group says, is 45 percent and exposes a more dire state of economic affairs among American households than does the U.S. Census’ poverty rate.

In the WOW report, Living Below the Line: Economic Insecurity and America’s Families, authors say economic insecurity has worsened while poverty has plateaued after an acute increase in 2008.

Authors found a huge degree of economic vulnerability for women: 41 percent of all women do not meet an economically secure income.

For African American women the insecurity rate was 62 percent, for Hispanic women 65 percent. Eighty one percent of all families headed by single mothers lacked economic security incomes, the report found.

WOW calculates the minimum salary needed to retain economic security for an individual to be $30,000 annually, double the amount of a full-time employee earning minimum wage. The larger the family unit, the larger salary is needed to be economically secure.

The U.S. census data also found the wage gap between men and women unchanged since 2002, the National Partnership for Women and Families reported Sept. 17. Women, who work full-time, year-long jobs, continue to be paid at a rate of 77 cents for every one dollar their male counterparts earn.

The National Partnership for Women and Families recommended that the government pass and enforce the Paycheck Fairness Act to improve women’s earnings and economic security.

The American Association of University Women also called for more governmental intervention to fix the wage gap. “It’s clear that this problem is not going to fix itself,” CEO, Linda D. Hallman said in a press statement. “We need strategies to address it.”

Reshmi Kaur Oberoi is an editorial intern with Women’s eNews and is a New York–based freelance journalist. Follow her on Twitter @ReshmiKO 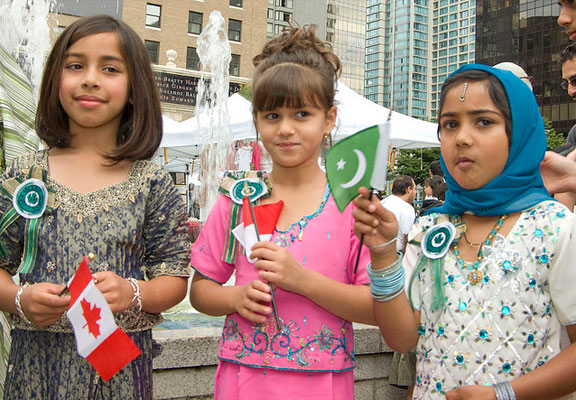 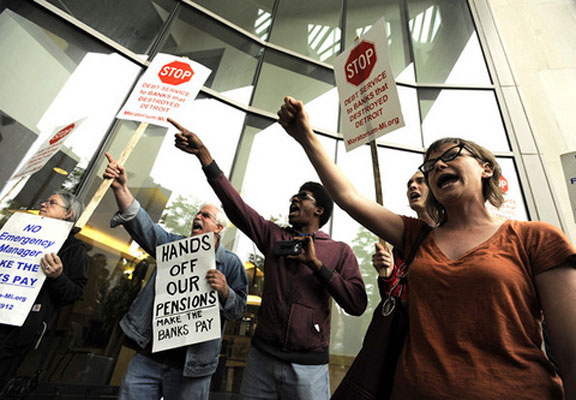