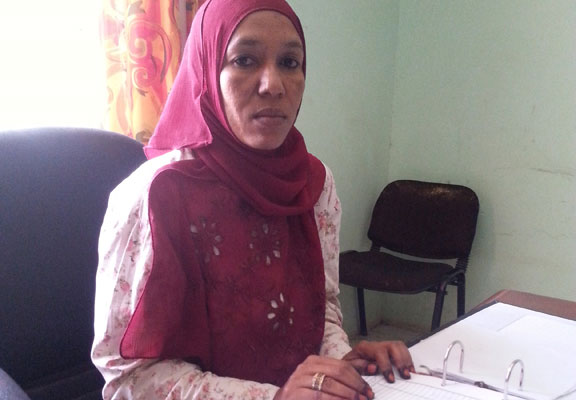 A new nationwide media blitz in Sudan calls for the end of the practice of cutting girls’ genitalia. Critics say its edge is dulled by not directly referring to FGM and instead relying on a word that means “complete.”

KHARTOUM, Sudan (WOMENSENEWS)–In 2007 U.N. organizations, civil society groups and other institutions working to stop female genital mutilation got together and brainstormed a campaign to end the practice in Sudan.

The result was Saleema, a word that translates to complete, to signify that a girl should remain the way she was born.

The campaign has been ramping up recently in its fight against FGM, as the practice is called (it’s also referred to as female genital cutting), with extensive media outreach, opening a new dialogue about this once-taboo issue in Sudan. Still, activists here criticized the campaign as being presented in such a way as to appease conservatives and to avoid clashes.

“The name, Saleema, is a vague name in itself in my opinion and this reflects that the campaign is trying to avoid clashes with the extremists who do not want to see FGM eradicated,” said Sana Mekkawi, who works at Salmmah Women’s Resource Center in Khartoum.

The billboards covering the streets of Khartoum, for example, show celebrities and respected individuals and have the slogan “She is born Saleema, let her grow Saleema,” but they do not mention FGM.

“The concept is straightforward, saying no to FGM, but the slogan ‘Let every girl born Saleema grow Saleema’ does not get this message across,” Samah Osman told Women’s eNews, adding that the campaign should have referred to FGM in the advertisement. Osman, a recent chemical engineering graduate, is one of many youth who took to Twitter to express their opinions on the campaign as part of a heated day-long discussion that took place on the social media outlet on July 23, during the holy month of Ramadan, when the television advertisements of the campaign are at their peak.

Muzan Al-Neel, a blogger and social media activist, told Women’s eNews that when she saw the television advertisement, she had to ask about it.

“When I asked about it and was told it was about circumcision then it vaguely made sense to me,” said Al-Neel, adding that the actors in the advertisement were irrelevant to the ad’s message. FGM is sometimes called female circumcision.

Some attribute the omission of the term FGM to social conservatism. “The advertisements were done professionally and do not want to clash, although they are already clashing with a large number of people who are attached to old traditions,” Al-Wathiq Al-Sadig, a Sudanese filmmaker, told Women’s eNews.

Though the Saleema campaign is nationwide and supported by state institutions, FGM is not criminalized by law in Sudan.

In 2010, activists were surprised to find an article banning the practice dropped from the much-awaited Child Law. A bill that prohibits FGM and sets a sentence of a maximum of 10 years of imprisonment for parents if the daughter dies has been in the parliament to be reviewed since 2007, to no avail.

For decades, civil society groups such as Babiker Badri Scientific Association for Women’s Studies, based at Ahfad University for Women in Omdurman, the twin city of the capital Khartoum, have been working to combat FGM by focusing on the negative consequences of the practice.

“We used to talk about the harmful sides of FGM and for the longest time, no real change was observed in attitudes and in practice,” said Mahasin Ali, who coordinates the FGM project at the organization. “Then we changed our approach and began selling the positive aspects, what is positive about not carrying out FGM on a girl.”

Talking to women in different communities made the association, which is involved in the Saleema campaign, begin to realize they needed a new approach and that they had to make the campaign inclusive.

“We had group discussions in communities with women and then we began targeting men at sports and cultural clubs in neighborhoods,” said Ali, adding that they also trained minivan and rickshaw drivers so they are able to initiate this discussion with their passengers.

This approach has helped shape the Saleema campaign, which has only recently made its presence more known, though it was launched in 2008. Saleema now is broadening its reach through an intensive media campaign that includes television and radio advertisements as well as billboards plastered in different cities in Sudan.

“Before the media buzz, the campaign was always grassroots,” said Batool Abdel-Rahman, a program coordinator at the Saleema campaign unit at the National Council for Child Welfare. “We reached out to hospitals and trained nurses to speak to mothers about FGM to discourage them from doing it to their daughters, we reached out to communities and educated them about FGM.”

Abdel-Rahman said they know they’ve had a breakthrough in a community when they are invited back for a celebration in which the community declares that they will not carry out this practice, and they even sign this claim.

“Over 600 communities have joined the Saleema campaign so far and have signed a document pledging to boycott this practice,” said Abdel-Rahman.

FGM is an age-old practice dating to Pharaonic times in Egypt and Sudan. It comes in three types; the least severe being when the clitoral hood and sometimes part of clitoris are removed to the most severe being when all external genitalia are removed, leaving only a small opening for urine and menstrual blood.

The struggle to ban FGM in Sudan began in the 19th century by community leaders. In 1946 the British administration in Sudan created legislation against the severe type of FGM. But this did not end the practice, which affects 88 percent of women ages 15 to 49 in the country, according to UNICEF.

When asked about whether the campaign will be backed by an effort to outlaw the practice, Saleema’s Abdel-Rahman said there are positive steps already in place.

“Some states have legislations to ban FGM by law, such as Gedarif and South Kordofan. We encourage that as our center be represented in all states,” said Abdel-Rahman.

Previous laws that aimed to ban FGM in Sudan were considered conservative. The 1946 law against FGM, for example, banned the severe type of cutting, but does not ban the other types. Even this limited law was dropped in 1983 and no new law has been brought into effect since then.

Reem Abbas is a Sudanese journalist and an award-winning blogger based in Khartoum. Her articles have appeared in the Christian Science Monitor, IPS, Al-Monitor and other publications. She tweets @ReemShawkat.

Would you like to Send Along a Link of This Story? https://womensenewsp.wpengine.com/story/genital-mutilation/130818/sudans-anti-fgm-campaign-avoids-using-the-term 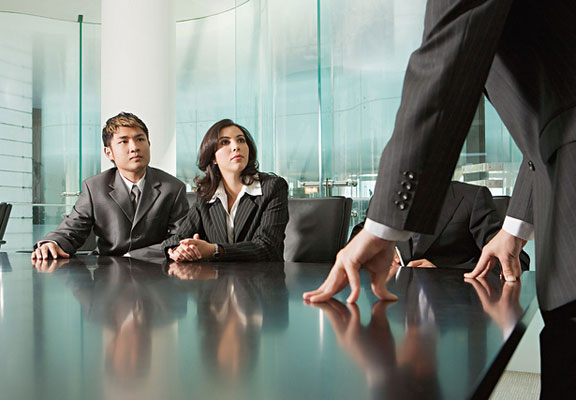 Good News: Female Executives Are Worrying Too Much