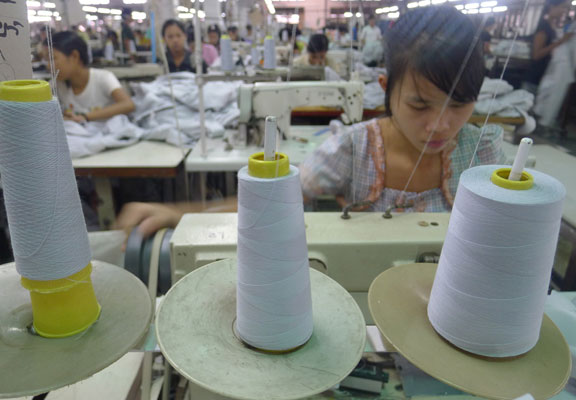 Despite the improved mood on the streets of Yangon since the end of military rule, the country’s girls and women are still heavily trafficked. One businesswoman is raising awareness and using her factory to offer employment.

YANGON, Myanmar (WOMENSENEWS)–Gold-plated pagodas with monks in reddish brown robes glisten under the August sun as hawkers selling foreign investment guides now fill streets once closed by military roadblocks, a metaphor for the end of a dark era in this Southeast Asian country.

Yet a closer look at Myanmar, formerly called Burma and ruled for half a century by a military junta until 2011, reveals that behind the smiles of young women with painted cheeks and the overall euphoria now lining its road to democracy, cracks remain; and the scars are deep and fresh.

Human trafficking of young women to China and nearby countries is one such problem that is still hounding the country.

The United States State Department June 2013 report on human trafficking showed that in 2012 alone, Myanmar‘s Department of Social Welfare received 195 repatriated victims, 131 from China and 64 from Thailand. The unofficial count could be higher, with UNICEF placing the estimated number of Burmese girls trafficked to Thailand brothels at 10,000 every year.

At the Shwe Pyi Thar Township here in the country’s most populous city, a Burmese businesswoman is doing what she can to curb the problem.

While garment factories have become notorious for exploitive and dangerous working conditions, this one is supposed to be safeguarding female workers from getting trafficked.

“Human trafficking happens when there are no decent jobs. We need to create decent jobs for them here in the country,” said Khine Khine Nwe, managing director of Best Industrial Company Ltd., which produces jeans, shirts and other apparel for companies in Japan, and in the past to Europe and the United States.

Nwe employs 400 workers–most of them women–in her factory.

“They feel safe here,” she said in an interview in her factory earlier this month.

Workers in Nwe’s factory earn $110 to $120 a month, depending on their skills. The minimum monthly wage for salaried employees set by the government’s Ministry of Finance and Revenue is $110. She said she also provides free lodging to those who live in far-flung rural areas.

“They cannot afford the transportation from the rural areas to here,” she said.

The factory used to employ 1,200 workers but when the Myanmar garment industry grappled with a crisis due to trade sanctions slapped by the United States and the European Union in 2003, many workers left. The sanctions have been lifted just recently.

Aye Aye Khaing, 40 years old, has been working in Nwe’s factory for 18 years now. She opted to stay even during the crisis because she said she felt safe working there.

“It was a little difficult when the work stopped but I feel safe here so I stayed,” she said.

The whole garment industry suffered at the time, to the detriment of mostly female workers. From a peak of 400,000 workers in Myanmar‘s garment sector, the number dived to 60,000 by 2005.

“Some of them were forced into the entertainment industry or were trafficked and sold to Chinese men. This has happened and it’s still happening,” Nwe said.

To provide a preventive solution to the problem, Nwe organizes free and regular half-day seminars that raise awareness on human trafficking, along with basic sewing sessions, to people who want to work in her factory.

“We warn them that many perpetrators of human trafficking are close to their victims. They may be relatives or their neighbors,” Nwe said.

She said many victims fall prey to human traffickers because of the lack of education and awareness of the problem.

Human Rights Watch, based in New York City, said the ongoing sectarian violence between Rohingya Muslims and local Buddhists in the Rakhine State of Myanmar, which erupted last year, has also worsened the human trafficking situation in the country.

The rights group said Thai and Rohingya human traffickers have been luring Rohingya women and children.

“For instance, in June, traffickers who promised to reunite Narunisa, a 25-year-old Rohingya in a shelter in Phang Nga province (in the southern part of Thailand) with her husband in Malaysia for a $1,660 fee, instead raped her repeatedly,” said Human Rights Watch in an Aug. 20 statement.

For years, thousands of ethnic Rohingya from Myanmar’s Rakhine State have been sailing to Thailand to flee persecution by the government. The situation worsened significantly last year when violence erupted between Rohingya Muslims and Buddhist Arakanese, Human Rights Watch said.

More than 35,000 Rohingyans are believed to have fled the country since 2012.

“However, many thousands more have been intercepted at sea by Thai officials and either redirected to Malaysia or allegedly handed over to people smugglers and human traffickers who demand payment to release them and send them onwards,” Human Rights Watch said.

“To prevent human trafficking, we are cooperating with neighboring countries,” Htut said.

Myanmar is also working with the United States to combat human trafficking. Officials from both countries held the very first dialogue on Aug. 1 on ways to deal with the problem and issued a joint statement in support of the United States-Myanmar Joint Plant on Trafficking in Persons,” according to an Aug. 19 statement by the U.S. Department of State.

Trafficking has left a gaping wound on the family of Thi Thi Moe, a young Burmese girl; one of the estimated 10,000 victims trafficked to neighboring countries every year for sexual slavery or forced labor.

Moe’s family lives in Hinthada Township, in the rice producing Ayeyarwady Division of Myanmar, some four hours away from Yangon.

Coming from a family who struggles to survive with only $2 a day, Moe decided to work in China last year, hoping to earn for her parents and one sibling. A female neighbor persuaded her to go to China to find a job. Moe wanted to support her family so she gave in to her neighbor’s prodding without telling her parents.

“But after a few days, she called us and said she was sold for nearly $5,000 to a Chinese garment factory owner,” her mother, Soe Soe Tint, told Women’s eNews in an email interview.

Her family was told they must pay the factory owner $5,000 before Moe can go home, her mother said, but this is impossible given their meager earnings. The family informed the Hinthada Township’s police department but authorities have yet to catch the person who sold Moe, said Tint.

“We think the authorities are weak and that the implementation of the rules and regulations is not effective,” her mother said. She thinks there should be more prosecution and conviction of traffickers to send a strong message to would-be perpetrators.

Iris Gonzales is a journalist and blogger based in Manila, in the Philippines, writing economic, development and humanitarian stories. She went to Myanmar to cover different aspects of regional integration — from economic to human rights — in a workshop organized by Deutsche Welle Akademie and Forever Group. She thanks Burmese journalist Leyee Myint for helping her with this story. Some of her work may be read at http://www.irisgonzales.blogspot.com.

Would you like to Send Along a Link of This Story? https://womensenewsp.wpengine.com/story/prostitution-and-trafficking/130827/myanmar-garment-factory-tries-mend-trafficking 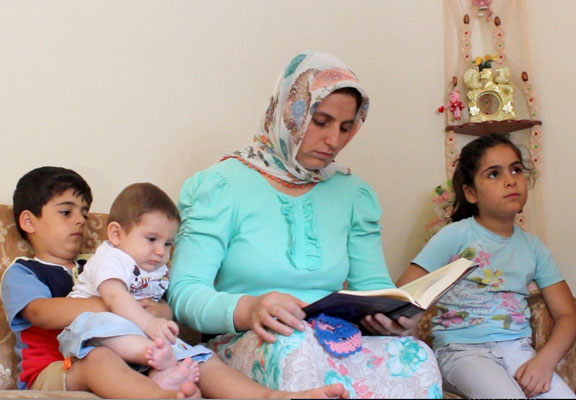 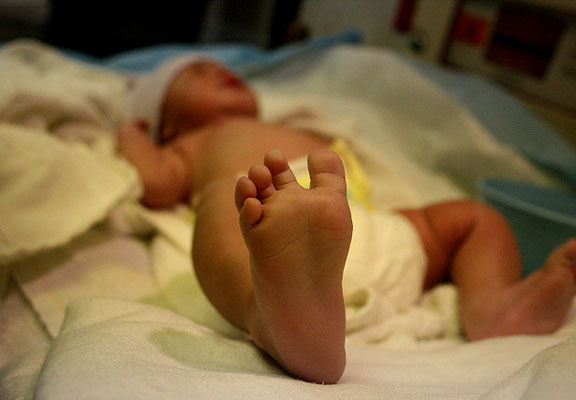