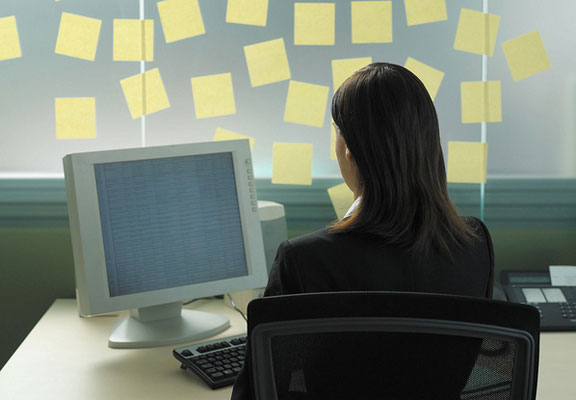 These businesswomen don’t have environmental backgrounds, but they know it’s time to tailor their business practices to extreme global weather patterns. The fashion designer always paid attention to the weather but now she watches it with an eye to fabric prices.

(WOMENSENEWS)–Last month the hottest temperature ever recorded in June was hit in Furnace Canyon, Calif. Tourists fried eggs on the ground, as if the extreme heat was just another entertainment.

But such extremes are more than curiosities. They are likely to become more frequent if climate change models are correct.

Two executive businesswomen are stepping up in the face of extreme weather events. They are CEOs of very different, global companies, one based in Milan, Italy, the other in New York City, but both are responding to climate change by tailoring their ventures to be more sustainable and part of the “green revolution.”

In Milan, Adriana Silvia Sartor is CEO of Elettrotec,
an engineering firm that produces devices to measure and control such things as water, air and fuel. Nestled in a leafy northeastern area of the city, the company’s products are usually small and unglamorous, yet these mostly unseen parts keep things humming in processes ranging from lubrication systems to food processing machines to construction machinery, filtration and all kinds of automation.

Sartor is especially proud of a new invention called a modular pressure switch, which is expressly intended to boost energy efficiency in engines, motors and other engineering systems to better control use and flow of power. The cylindrical switch is only about as large as a wine bottle cork, but it embodies not only Sartor’s entrepreneurial executive juices but also her broader executive vision.

“We all have to think about what is the role of the corporation in the 21st century, and one of my views is that a corporation should leave a better world for future generations,” said Sartor, who moves from office to meeting to lunch and then back to work in a whirlwind of elegant competence and colossal joie de vivre.

The new pressure switch is an example of how Sartor plans to help future generations while also pivoting her business to respond to climate change. Invented by Elettrotec’s chief engineer, the switch is designed with the fewest component parts to lower energy consumption and achieve more energy efficiency.

A rare woman leading a technology company in a country where female CEOs are uncommon in any industrial pursuit, Sartor has been running Elettrotec alone since her husband, its founder, died in 2001. When her son Fernando Sartor was asked about whether he sees any advantage to having a female CEO, he said, “Women make everything an opportunity. They react productively.”

While Sartor has no formal environmental background, her education being in literature and foreign languages, her thinking and green vision are crystal clear.

“We are transitioning from a technical company dedicated to core engineering components–which were also critical to energy efficiency in any case–to a company that puts energy efficiency more center stage and is more overtly dedicated to ‘green technologies,'” she told Women’s eNews. “I believe the ‘green revolution’ is a silent revolution and getting more and more important for the world every day.”

Across the ocean in Manhattan, Nina McLemore, CEO of her leading international fashion firm, has become increasingly focused on environmental changes and the concomitant fluctuation in the prices of such basics as cotton, wool and silk, fabrics impacted by weather.

Executive, designer, buyer, marketer and historian of fabrics, McLemore prides herself on using only the best natural materials. Even while discussing her newfound need to track weather data, floods and droughts, she glanced over at a selection of luscious pastel-colored jackets and sighed, “No matter what, nothing takes color like silk.”

But this precious material is highly vulnerable to weather. “In the last four years alone, we’ve seen dramatic spikes in textile prices. Just in the last two months, silk prices are up 5 percent, mostly due to supply issues. Good data is hard to get but I do know that in the year 2010, silk output worldwide fell 15 percent in one year,” she told Women’s eNews.

“There are all kinds of reasons, but most of them are environmental: too much rain or not enough rain, or cutting down mulberry trees to clear land for cities, such as in the Shanghai region in China,” she added.

While not an environmental activist, McLemore finds herself tracking commodity prices now as if she were herself a commodities trader, because she needs to forecast fabric prices to determine her supply and retail pricing. Cotton, she said, “has always fluctuated. But now the extremes are notable. In 2010, ginned cotton was 50 cents a pound. The severe flooding in Pakistan raised the price to $2.30.” She added, “there was some price speculation involved in the spike, but mostly it was due to severe weather.”

Even pearl buttons have taken a hit. “I like to use high quality pearl buttons because they are so beautiful. And they used to be 15 cents each. Lately they’ve been spiking as high as $1.25. Today, they are 85 cents. Why? Who would have thought this too is tied to global warming because as the oceans get warmer, the pearl oysters produce less nacre, which is the core of the pearl,” she said.

These climate change disruptions have come just as McLemore’s business opportunities may be growing. By thinking ahead and following weather data, she can try to avoid surprises in supply, which in turn prevents higher fabric costs to her customers. “As soon as I read about another storm somewhere, I have to figure out what it could mean for business,” she said.

But, like Sartor, McLemore’s concerns extend beyond the bottom line.

“I grew up in Mississippi, and we always were clued into the weather. But lately, we are seeing things never seen before. And one day it hit me–if we don’t take steps now to protect the planet, we could really ruin it. We could lose everything for us and our children. Anyone who doubts the science isn’t paying attention,” she said.

Paula DiPerna is a strategic international policy consultant and author. She has written numerous articles, documentary films and books, including the novel “The Discoveries of Mrs. Christopher Columbus: His Wife’s Version” (Permanent Press).

Would you like to Send Along a Link of This Story? https://womensenewsp.wpengine.com/story/entrepreneurship/130716/two-female-ceos-revamp-climate-change 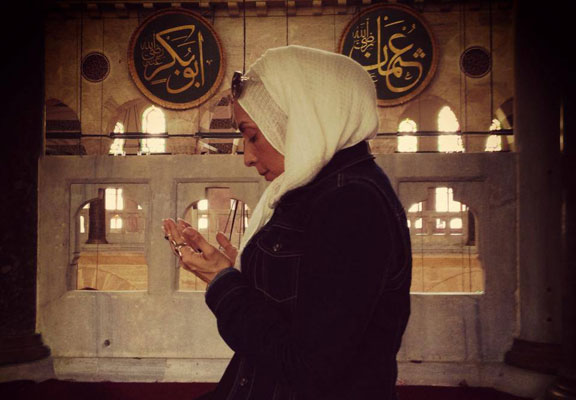 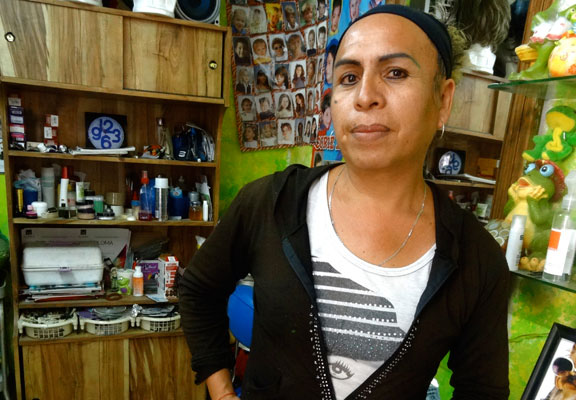