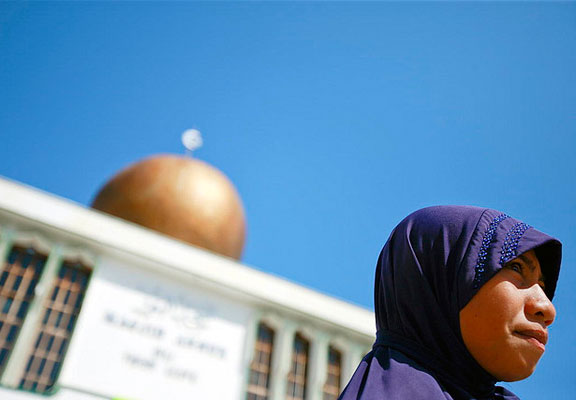 Sex segregation can also make it hard for Muslim youth to get to know each other, leading to higher interfaith marriages, says a marriage counselor in this excerpt from Naomi Schaefer Riley’s “‘Til Faith Do Us Part.”

(WOMENSENEWS)– Munira Ezzeldine, a marriage counselor in Irvine, Calif., who is one of the instructors of a premarital course, tells me that Islam in America is at a “kind of crossroads now.”

She explains, “We don’t have something called dating in the Western context, you know with pre-marital sex and all the stuff that comes with it.” But young Muslims are also not interested in having arranged marriages as their parents and grandparents did. “They actually want to get to know the person for a certain amount of time, but also within the boundaries.”

If a young Muslim is aiming for this kind of compromise, there are other resources too. Ezzeldine, who wrote a short book called “Before the Wedding: Questions for Muslims to Ask Before Getting Married,” tries to offer her coreligionists a way of getting to know each other without violating the standards of the faith. Ezzeldine wants Muslims to have “the conversations to get to know somebody for marriage in a way” that is more than superficial. Right now they often just say, “Oh I think we get along,” but they don’t know “what you need to know about a person” before you marry him or her. She also notes that families in the Muslim community have wildly different expectations of religious life and marriage so it is important for everyone to be on the same page.

Interestingly, the lack of communication between Muslim men and women before marriage noted by many Muslim leaders is actually part of a larger problem that Ezzeldine believes is resulting in more interfaith matches. Ezzeldine suggests that the Muslim community’s standards for interacting with members of the opposite sex are actually having a deleterious effect on marriage in the community. It is often easier for a Muslim to meet a non-Muslim of the opposite sex–in school for instance–than for a Muslim to meet another Muslim in a religiously sanctioned setting because Muslim prayer and religious education are all segregated by sex.

Ezzeldine says that the high interfaith marriage rates should be a “wakeup call” for the community. She thinks Muslims are “making it so hard for our young people to get to know each other at the mosque or any youth groups or Muslim Student Associations, and then you end up tying their hands and then they end up getting to know [a non-Muslim] really well and befriend somebody in a class or at work. Then of course they are going to make a connection and get married.”

Even though such marriages are religiously sanctioned when they involve a Muslim man and a Jewish or Christian woman, Ezzeldine still thinks these interfaith marriages are creating problems for the community. She believes that the theological justification for allowing men to marry non-Muslim women has been rendered moot by the sociological realities of life in America. “The way it is presented is that the Muslim man is the one who is supposed to keep the faith in that family . . . He’s responsible for the children to get educated within the faith . . . .” Ezzeldine says that’s not what she witnesses in her community and others she has visited. “The reality is, the woman is the one who is teaching the children, and you know, influencing that family and the faith that they follow.”

In addition to the fact that the children of such marriages are not being raised in the Muslim faith, there are other difficulties that have been generated by the double religious standards for men and women. The number of men marrying out has actually created a severe gender imbalance, leaving many Muslim women without partners. In other words, the religiously sanctioned intermarriages are forcing more religiously forbidden intermarriages.

In a 2011 article in the Guardian, Syma Mohammed reported on the imbalance at the Muslim matchmaking events she attends in England, where there are sometimes as many as five women for every man. She writes, “Nearly all Muslim singles events are female-dominated, unless organizers artificially construct a level playing field by selling equal numbers of male and female tickets.”

There are two potential solutions to this crisis: The first is to allow Muslim women to marry out as well, something that Ahmed advocates in the name of gender equality. She says women should be able to make their own decisions in this regard, that they should be guided by the principles of ijtihad, which allows Muslims to interpret religious texts according to their own judgments. This view has been presented most forcefully by Imam Khaleel Mohammed, a professor of religion at San Diego State University. He says that the only reason that the Quran does not allow Muslim women to marry non-Muslim men is the concern that a man’s religion would always become the dominant one. But in 21st-century America, with our sense of sexual equality, this should not be a problem.

Even religious leaders who are sympathetic to this argument and are willing to support a less literal interpretation of the Quran may not find themselves in agreement with Imam Mohammed or Ahmed. Rather, they may see the strong religious influence that mothers have over their children in America as a reason to prohibit interfaith marriage across the board. If women here are so “equal” that the child of an interfaith marriage is more than twice as likely to adopt his mother’s faith as his father’s, then why should religious authorities trust that a Muslim man married to a Christian woman will end up with Muslim children?

Naomi Schaefer Riley is a former Wall Street Journal editor and writer whose work focuses on higher education, religion, philanthropy and culture. She is the author of “God on the Quad” and “The Faculty Lounges.”

Would you like to Send Along a Link of This Story? https://womensenewsp.wpengine.com/story/religion/130629/religious-double-standards-leave-many-muslims-single 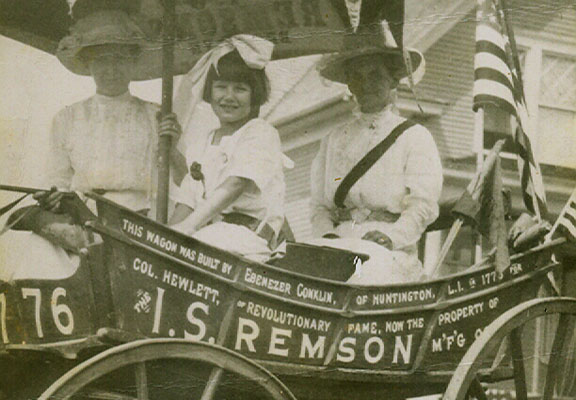