The two lawmakers have different bills to reform the way the military handles sex-assault cases. Gillibrand’s bill goes further and seeks to shift authority out of the chain of command.

NEW YORK (WOMENSENEWS)— ”You have lost the trust of the men and women who rely on you,” Sen. Kristen Gillibrand, (Dem-NY) told military leaders Tuesday appearing before the Senate Armed Services Committee hearing on pending legislation on sexual assaults in the army on Capitol Hill, NBC News reported June 4,
Gilibrand criticized military command represented at the hearing by Army Gen. Martin Dempsey, chairman of the Joint Chiefs of Staff, the head of each branch of the military and Pentagon
“Not all commanders are objective,” she said. “Not every single commander necessarily wants women on the force, not every commander believes what a sexual assault is, not every single commander can distinguish between a slap on the ass and a rape because they merge all of these crimes together.”
Gillibrand has proposed legislation requiring that sexual-assault charges be handled outside the victim’s chain of command, the Associated Press reported.
Instead, authority would shift to seasoned trial counsels who have prosecutorial experience and hold the rank of colonel or above.  Her legislation, which has 18 cosponsors including four Republicans, would also take away a commander’s authority to convene a court-martial. That would go to new and separate offices outside the victim’s chain of command.
Another female senator, Claire McCaskill a Democrat of Missouri, joined Gillibrand in criticizing the military system’s handling of sex assault.
“This isn’t about sex,” McCaskill told to the military leaders. “This is about assaultive domination and violence. And as long as those two get mushed together, you all are not going to be as successful as you need to be.”
McCaskill has proposed a different bill that would leave commanders with authority to address charges. But it would stiffen penalties and eliminate opportunities for leaders to nullify or change a conviction of sexual assault, argued forcefully that the military’s system of reporting sexual crimes is flawed, NBC News reported.
On Twitter, Sen. Barbara Boxer of California also called for taking prosecution of sexual assault outside of the chain of command, while Sen. Patty Murray of Washington calls for a better system to protect victims.

Bottom line: Decisions on prosecuting heinous crimes like sexual assault must be taken outside the chain of command. #MJIA

Murray: We need to create system where the protection & safety of victims is unquestionable. murray.senate.gov/public/index.c… #MSThearing #CombatMSA

Sexual assault and harassment in the ranks are “like a cancer” that could destroy the force, said Army Gen. Ray Odierno. “It’s imperative that we take a comprehensive approach to prevent attacks, to protect our people, and where appropriate, to prosecute wrongdoing and hold people accountable.”
Yet “reducing command responsibility could adversely affect the ability of the commander to enforce professional standards and ultimately, to accomplish the mission,” Dempsey told the committee.
None of the female victims attended this first day of hearing.
The problem of military sex-assault and harassment has been rising in the headlines. In one of the latest incidents, a U.S. military sergeant first class was accused in late May of secretly photographing and filming at least 12 female cadets at West Point, in some instances while they were naked in the bathroom or shower.
On the “Morning Joe” TV show Sen. Kay Hagan (Dem.-N.C.) said women serving in the U.S. military live in debilitating fear of sexual assault, MSNBC reported May 20. A few days later, President Obama, in a commencement speech for Naval Academy graduates, warned that rising numbers of reported sexual assaults in the military threatened to erode America’s faith in the armed forces, The New York Times reported May 24.
Hajer Naili is a New-York based reporter for Women’s eNews. She has worked for several radio stations and publications in France and North Africa and specializes in Middle East and North Africa. Follow her on Twitter @H_NAILI

Would you like to Send Along a Link of This Story? https://womensenewsp.wpengine.com/story/military/130604/mccaskill-gillibrand-take-military-men-task 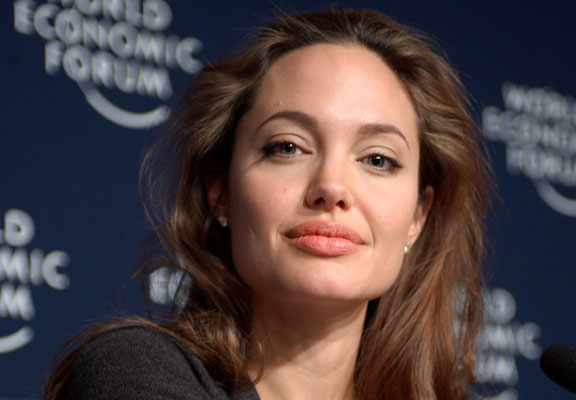