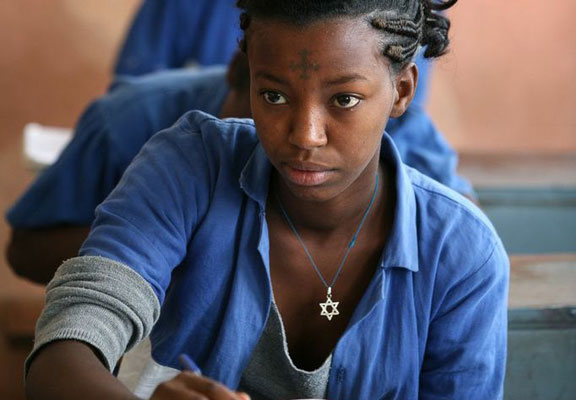 After decades of Ethiopian immigration to Israel, several black women now hold significant government posts and Israel recently crowned an Ethiopian as its national beauty queen. But hardship persists for women in these communities.

Credit: Ofer Dahan, courtesy of the Jewish Agency for Israel.

TEL AVIV, Israel (WOMENSENEWS)–In August the Jewish Agency and the state of Israel plan to complete their last mass mission to bring Jewish Ethiopians to Israel.

Since October 2012 roughly 7,000 Ethiopians have journeyed to Israel as part of this final campaign, called Operation Dove’s Wings, with an estimated 1,000 more to go.

“It feels like something is coming full circle for me,” said Abebech Yebarken, director of Haifa‘s Hanita Absorption Center for Ethiopian immigrants. “Years ago I was an immigrant myself. Today I help others come to Israel. We are witnessing the end of Jewish history in Ethiopia and the beginning of something new.”

Since the first campaign in 1977, multiple campaigns have brought in thousands of Beta Israel, or observant Ethiopian Jews, often under dramatic conditions, as part of the effort to integrate African Jewry into the world’s only Jewish state.

By 1991 very few remained in Ethiopia, but thousands of Falash Mura–or Ethiopians of Jewish decent who had converted to Christianity to escape persecution–were still left. These are the majority of those still arriving.

Yebarken came to Israel with Operation Solomon in 1991 when she was 14. She reunited with family members who came in 1984 as part of a previous campaign, Operation Moses.

Today, Yebarken manages a staff of 15 people and her absorption center serves 350 Ethiopian immigrants, including an average of 75 new immigrants every year.

Israel‘s 120,000 Ethiopian residents, 1.5 percent of the population, face major social and economic challenges. Almost half of Ethiopian-Israeli women are employed as unskilled workers, in stark contrast to insignificant percentages from the general Jewish population. Among all the ethnic groups in Israel–including Muslim Arabs–employers are least likely to hire Ethiopians, found a recent survey by the Israeli Industry, Trade and Labor Ministry.

Against this backdrop, however, there are signs of an emerging Ethiopian Jewish renaissance, pioneered by female artists, leaders and entrepreneurs.

One sign of that trend is the female-owned Ethiopian Embroidery Center, which was established in 2000 and sells handmade traditional fabric arts to a fair-trade store in Tel Aviv.

Other signs are Hagit Yaso, who won the ninth season of “Israeli Idol” on Israeli television; and Ester Rada, a popular soul singer who fuses traditional Ethiopian melodies with Hebrew lyrics, funk, jazz, a dash of R & B.

In February, another Ethiopian-Israeli woman made history when 21-year-old Yityish Titi Aynaw was crowned Miss Israel 2013.

“I feel a lot of responsibility to represent Ethiopian-Israeli women,” said Aynaw in a recent interview at the office of “
La Isha” (The Woman) an Israeli fashion magazine. “When I was young, I never saw women like me in Israeli media.”

She said there is still a long way to go. “We need more Ethiopian representatives in the Knesset, more entrepreneurs, more African women in the media as models and artists, more leadership in every level of society. There’s still not enough today. We have a lot to aspire to.”

“In Ethiopia, the Jews were considered a community of artists,” said Yebarken. “So it is only natural that we continue this tradition as we integrate into Israeli society.”

“In Ethiopia there is a blatant divide between men and women. Men have the power. But actually, in Israel, Ethiopian men need more help than us these days,” Yebarken said, chuckling a little.

In the January 2013 elections, Pnina Tamano-Shata became the first Ethiopian-Israeli woman to serve in the Knesset, or parliament.

“Ethiopian women are powerful, visionary and resourceful. I feel privileged to be the trailblazer to lead our way into politics,” said Tamano-Shata in an e-mail interview. “The moment I got into office I initiated two meetings with the Minister of Health.”

In December 2012, a television exposé by Israeli journalist Gal Gabbay featured numerous Ethiopian-Israelis testifying that they were coerced into taking birth control during their immigration. Today, Tamano-Shata is spearheading the government’s investigation of reproductive health services for Ethiopian women.

The Association of Civil Rights in Israel, based in Tel Aviv, says its research found evidence of a nationwide policy of monitoring fertility in the Ethiopian community and coercing women to take birth control injections called Depo-Provera.

Government investigations have yet to yield any conclusive results. But since January, the Israeli Health Ministry has ordered doctors across the country to review how they prescribe birth control and not to renew Depo-Provera prescriptions unless they are sure the patient thoroughly understands the ramifications.

Despite such discriminatory practices, Ethiopian women have been gaining prominence.

In 2012 the first Ethiopian-Israeli to serve in the Foreign Ministry, Belaynesh Zevadia, became the Israeli ambassador to Ethiopia.

“We start with one,” Zevadia said in a recent phone interview. “We will continue to see more and more. Ethiopian-Israeli women are working very hard. Our community has a lot of problems, yes, but we ourselves are the solution.”

Still, prominent Ethiopian women have plenty to worry about. An estimated 65 percent of Ethiopian-Israeli children live in poverty, according to recent reports by the State Comptroller’s Office, the official watchdog agency.

Just weeks ago, in his comprehensive 2013 report about the status of Ethiopian Jews in Israel, State Comptroller Joseph Shapira criticized mismanagement of programs to help Ethiopian-Israelis, especially in education. Ethiopian-Israeli students have higher dropout rates and lower enrollment rates than their peers. Shapira referred to the government’s program to help Ethiopians acquire homes as “a huge failure.”

According to Shapira, the diverse programs for Ethiopians lack oversight, efficient resource management and clear ways to measure success. Shapira informed the government that it has been wasting funds and not learning from mistakes.

“The figures [in Shapira’s report] clearly show the failure of the program, or the lack of will by the state to implement the program,” says Knesset Member Tamano-Shata.

Zevadia, Israel‘s ambassador to Ethiopia, agrees that the challenge of loans and housing is a major problem.

The state promised to fund up to 200 loans a year to help Ethiopian families move out of impoverished “ghettos” and into middle class neighborhoods. But in over four years only two families received loans.

Leigh Cuen is a freelance journalist currently reporting from Israel. She has written for the San Francisco Public Press, the Palestinian News Network, J. weekly newspaper, the Earth Island Journal and many other publications. Follow her work at http://leighcuen.tumblr.com or @La__Cuen.

Would you like to Send Along a Link of This Story? https://womensenewsp.wpengine.com/story/immigration/130605/ethiopian-israelis-make-waves-in-new-homeland 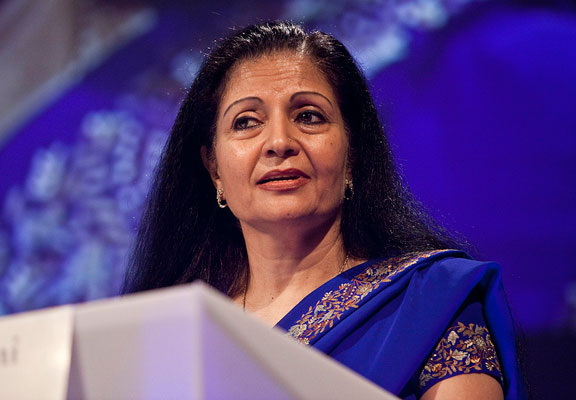 UN Women’s Lakshmi Puri: ‘Priority is to Power On’