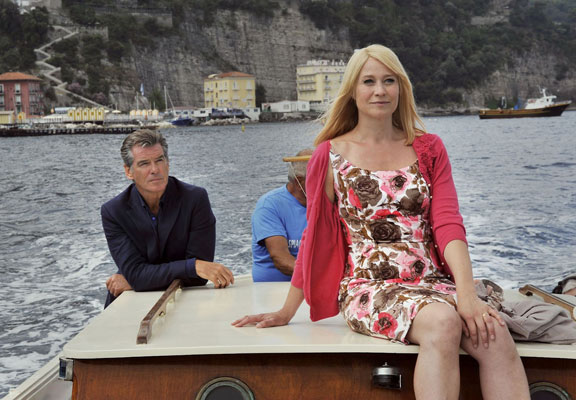 ‘Love Is All You Need’ Leads May 3 Openings

In addition to the quirky Danish romcom, there are plenty of other box-office temptations. “Desperate Acts of Magic” is every witty, “What Maisie Knew” is poignant and “The Attack” is the harrowing story of an Arab surgeon living in Tel Aviv.

(WOMENSENEWS)–Filmmaker Suzanne Bier‘s delightfully quirky Danish romcom, “Love is All You Need” is one of May’s highlights. Ida (Trine Dyrholm) is a breast cancer survivor whose husband leaves her for a younger woman, just before their daughter’s wedding in Milan, Italy. So, Ida goes alone. After a ride that’s rough for her but hilarious for the audience, she takes up with the father of the groom (Pierce Brosnan). With deft character development and adroit dialogue, Bier and co-writer Anders Thomas Jensen turned a plot reminiscent of “Mamma Mia” into a uniquely charming, funny, moving, compassionate, pro-love adventure. In Danish and English, it is a must-see.

“Desperate Acts of Magic,” directed by Tammy Caplan, who also appears in the film, is an amusing romp into the competitive world of magicians. Jason (Joel Tyler Gold, also credited as co-director) is fired from his day job and falls back on his passion for performing magic at parties wherever he can get a gig. When he enters a magic contest, he’s pitted against Stacey (Valerie Dillman), a rival magician with whom he’s in love. This comedy displays great sleight of hand, and never lacks for wit.

“Kiss of the Damned,” a stylishly adult vampire drama, is the first feature written and directed by actress Xan Cassavetes, the daughter of John Cassavetes and Gena Rowlands. The femme-centric plot revolves around blood-thirsty Djuna’s passion for Paolo, and her ongoing rivalry with her sister who threatens the safety of the vampire community. If you’re into vampire culture, drink this.

“What Maisie Knew” is a divorce drama about the devastating effects of bitter parental behavior on young Maisie, exquisitely portrayed by 7-year-old Onata Aprile. Co-written by Nancy Doyen, based on the eponymous Henry James novel, the poignant script sensitively explores the heartbreaking situation of a little girl caught up in an adult battle. A must-see.

“The Attack,” based on a novel by Yasmina Khadra, is the harrowing story of Amin Jaafari (Ali Suliman), an Arab surgeon living in Tel Aviv, Israel, who discovers that his wife was not only the victim of a suicide bombing, but also its perpetrator. Joelle Touma co-wrote the thoughtful script with first time director Ziad Doueiri.

“Caroline and Jackie” plumbs a dizzyingly destructive relationship between two estranged sisters. Caroline (Marguerite Moreau) drops in on Jackie (Bitsie Tulloch), throwing her a birthday party that turns into an intervention, with her friends primed to break habits she doesn’t have. The plot is complex, the performances brilliant. First-time director Adam Christian Clark has made a compelling film.

Fashion is the focus of documentarian Matthew Miele‘s “Scatter My Ashes at Bergdorf’s,” an unapologetic puff piece for the toney emporium that epitomizes American consumerism at its finest. Like the store, the film is populated by iconic fashion designers and clothes horses who proclaim that their lives would not be as satisfying without the opportunity to buy at Bergdorf’s. Then there’s a profile of Betty, Bergdorf’s legendary (and witty) personal shopper, and some great store lore. It’s an entertaining documentary, even if it’s somewhat removed from most peoples’ realities.

Would you like to Send Along a Link of This Story? https://womensenewsp.wpengine.com/story/arts/130503/love-all-you-need-leads-may-3-openings 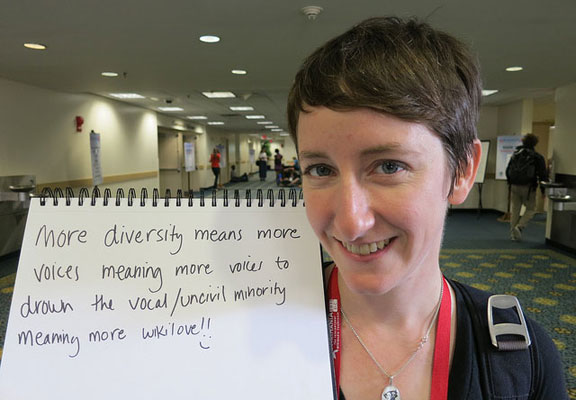