Cleveland Crimes Should Be Prosecuted on Civil Rights

When an elected district attorney in Ohio can’t see that Ariel Castro’s gender-based crimes are civil rights violations, it’s hard to hope that our legal system will do much to prevent such horrifying crimes from continuing.

(WOMENSENEWS)–Anyone with a beating heart and an ounce of humanity can barely watch the news from Cleveland without sobbing.

Fifty-two-year-old Ariel Castro is accused of kidnapping three young women–Amanda Berry, Gina DeJesus and Michelle Knight–two as minors, and keeping them barricaded as sex slaves, often in chains, for 10 years.

One victim was reportedly impregnated five times, then beaten and starved to induce miscarriages. Another became pregnant and gave birth to Castro’s child inside the home. That child is now 6 and was rescued along with the others when one of the victims bravely screamed for help and a neighbor broke down the front door.

Cuyahoga County District Attorney Timothy McGinty initially brought only a handful of crimes against Castro but made it clear last week that he would seek many more charges during grand jury proceedings, including a separate count for every act of sexual violence and murder charges for the killing of multiple fetuses.

The prosecutor’s tough talk was welcome relief, but his silence on the nature of the crime as targeted violence against women was deafening.

Under Ohio law, violence “based on sex” is a civil rights crime, as is violence against any person because of who they are in society. Castro not only selected females to be his kidnap victims, he committed countless gender-specific sex crimes for 10 years, including forced pregnancies and abortions. He also had a past history of extreme domestic violence against his ex-wife and child.

What prosecutor in his right mind can’t see the civil rights nature of such a man’s violence? While adding a civil rights charge won’t likely increase the ultimate punishment given that Castro will surely serve, at a minimum, multiple life sentences, it is important for government officials to label civil rights crimes correctly when they happen in order to give value to the harm to democracy itself when people are singled out for violence based on their status as females.

Perhaps blinded by his lack of appreciation for the gender-specific nature of Castro’s alleged crimes, McGinty has also neglected to address an important flaw in his state’s legal code that undermines the seriousness of his case.

Under Ohio law, Castro enjoys the privileged status of “father” to his rape-created child. Like rapists in more than 38 states, Castro won’t lose his parental rights until he is found guilty, which means for now he enjoys the status of “Daddy” on par with that of Ohio’s best and most loving dads.

Castro will get his due, but to understand how such a barbaric crime could have occurred, and to stop others from doing the same, we have to take a hard look at all aspects of this case.

Cleveland police aren’t saying very much about why they didn’t do more to deal with reports that Castro was a prolific batterer and that a neighbor saw a naked woman in chains in Castro’s backyard. That’s probably because they’re worried about liability.

But what’s McGinty’s excuse for never once stating that Castro was a perpetrator of gender-based violence and that he will be prosecuted for violating his victims’ civil rights?

When an elected district attorney can’t even name the crime correctly, is it any wonder that women endure so much violence in America?

Wendy Murphy is a professor of sexual violence law at New England Law/Boston. A former sex crimes prosecutor, Murphy has written numerous law review and pop culture articles on violence against women and children. Her first book, “And Justice For Some,” was released in hardcover in 2007 and came out in paperback earlier this year.

2 responses to “Cleveland Crimes Should Be Prosecuted on Civil Rights” 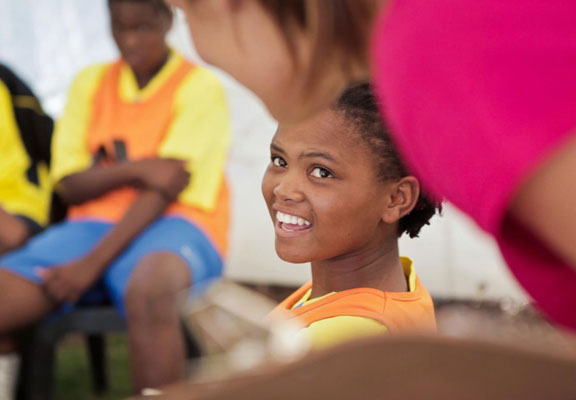