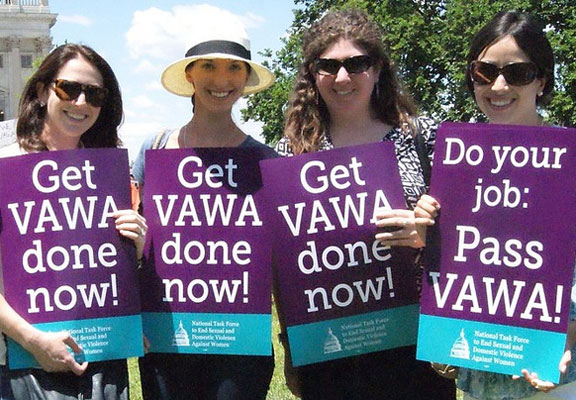 The Senate will vote early next week to reauthorize the Violence Against Women Act, The Huffington Post reported Jan. 28. The new bill reauthorizes VAWA and adds new protections for members of the LGBT community and Native Americans. Read more from WeNews here.

Malala Yousafzai, the 15-year-old girl shot in the head by a Taliban gunman on her school bus in Pakistan, underwent surgery Jan. 30 for what doctors hope will be the last time, The Guardian reported Jan. 30.

A Wyoming legislature committee voted 5 to 3 to reject a bill on Jan. 28 that would have prohibited abortion once a fetal heartbeat can be detected, Ms. Magazine reported Jan. 29.

Planned Parenthood commended Hillary Clinton‘s work to improve the health and rights of women and girls, saying that the secretary of state put these issues at the center of her policies. For example, Clinton created the first-ever ambassador-at-large for global women’s issues, a position that has now become permanent, and issued a presidential memorandum to promote the human rights of LGBT persons worldwide, Planned Parenthood said in a statement Jan. 29.

The Moroccan justice ministry announced that it would re-examine a controversial section of the kingdom’s laws that allow the rapist of a minor to escape prosecution by marrying his victim, Magharebia reported Jan. 29.

Sixty-six percent of Americans support having women fight in combat roles in the U.S. armed services. More see the change as a move that will improve rather than compromise military effectiveness, according to a new poll by The Washington Post and Pew Research Center.

Turkey’s largest companies are increasingly assigning women to key positions and corporate boards. Of the top executives in these companies, 26 percent are women –well above the European Union average–The Deutsche Well reported Jan. 29.

A British lawmaker’s suggestion that young women who wear high heels and short skirts put themselves at greater risk of rape has drawn widespread condemnation, the Associated Press reported Jan. 28.

Tennessee’s “Don’t Say Gay” bill is back after state lawmakers abandoned the legislation last year, Salon reported Feb. 1. The measure still prohibits elementary and middle school teachers from discussing sexual activity that is not related to “natural human reproduction” or even acknowledging that homosexuality exists, but new language in the bill would require teachers to tell parents when students are –or might be–gay.

Last week New York Gov. Andrew Cuomo announced plans to close two of New York State’s prisons for women, Bayview and Beacon, possibly eliminating some of the most effective opportunities for incarcerated women to maintain family ties and prepare for a successful reentry, the Correctional Association of New York said in a statement Jan. 30.

A California man may face more than 100 years in prison after federal prosecutors say he hacked into hundreds of social media and email accounts to coerce more than 350 women into stripping for him and later blackmailing them, USA Today reported Jan. 30.

The problem of child brides and underrage marriage is widespread in the rural areas of Afghanistan, where families sell their young daughters to escape poverty, BBC News reported Jan. 28.

An Israeli government official has for the first time acknowledged the practice of injecting women of Ethiopian origin with the long-acting contraceptive Depo-Provera in an attempt to lower birth rates among these immigrants, The Digital Journal reported Jan. 27.

At least 25 women have been sexually assaulted during clashes in Cairo’s Tahrir Square over the past week, according to Egyptian women’s rights campaigners, The Guardian reported Jan. 27.

France has suspended sales of an acne drug that is also used as a birth control pill. It has been linked to the deaths of four women, Britain’s The Telegraph reported Jan. 30.

The National Partnership for Women and Families called on President Barack Obama on Jan. 29, the anniversary of the Lilly Ledbetter Fair Pay Act, to issue an executive order that will allow employees of federal contractors to discuss pay without retaliation, the nonprofit said in a press release. On Jan. 31 Obama released a memorandum calling for an increased push by executives towards achieving equality for women and girls worldwide, Ms. Magazine reported Jan. 31.

Male students are outnumbered by females at most British universities, according to Higher Education Statistics Authority (Hesa) data, The Guardian reported Jan. 29.

Lesbian and bisexual women are at higher risk than straight women to be victims of domestic violence, a study found, The BuzzFeed reported Jan. 25.

Would you like to Send Along a Link of This Story? https://womensenewsp.wpengine.com/story/cheers-and-jeers/130201/senate-vote-vawa-tennessee-gay-bill-returns 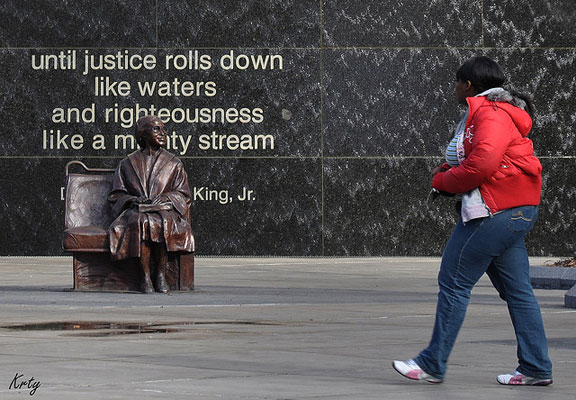